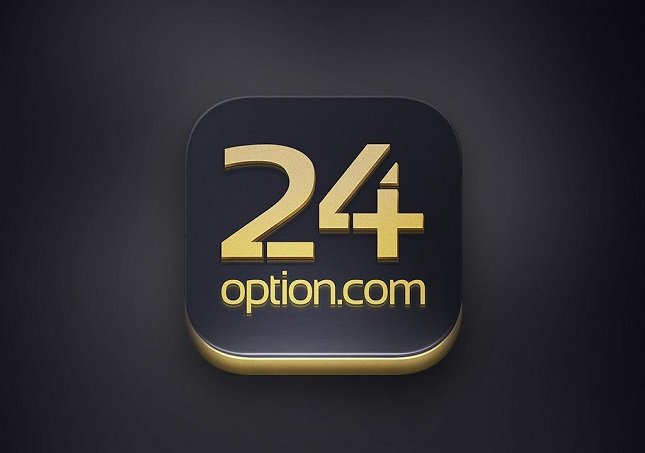 24option, one of the world’s leading online trading platforms, has introduced new CFDs/Forex trade options with customer service and education at the core of the product. The company has developed a complete trading solution that puts traders’ protection first via an enhanced registration process that limits those with inadequate knowledge and experience to trade. With the platforms wide appeal, it will be targeted at both new and existing clients.

In support of 24option’s new strategic focus, the company has brought fresh talent on board to deliver the highest quality service and drive customer loyalty. The company has partnered with hedge fund manager and former Bloomberg presenter, financial times columnist and trader, Alpesh Patel, as a brand ambassador. Alpesh will help the company to provide customers with market overviews, as well as sharing best practice broker knowledge.

Alpesh Patel, brand ambassador for 24option, comments “I’m delighted to join the 24option family, at a really exciting time for the business. In the current economic climate, investors are looking at ways to supplement their activities. As the largest market, and the one with the highest level of liquidity, CFDs/Forex offers numerous opportunities for traders and this make CFDs trading extremely attractive. We empower our customers by giving them access to cutting edge tools to help them navigate the CFDs market. In return, customers can enjoy 24/7 support, the accessibility of being online and the option to trade with a relatively low starting capital. I am incredibly keen to provide all 24option users an insight into the best techniques that professional traders use and really improve their trading know-how and education to be the best possible.”

Building on the success of its award-winning technology platform, 24option will focus on delivering industry leading customer service along with direct access to trading specialists who can assist traders. After all being a successful trader takes virtues such as knowledge, discipline, money management and many other skills that a trader should possess.

Traders can open a 24option account with a minimum deposit of £250. 24option’s onboarding process is swift and straightforward, with a feature that assesses the individual’s previous knowledge and experience of financial markets. This additional check encourages responsible trading and reflects the company’s focus on promoting its services to more informed traders within the industry.

Alpesh concludes, “When traders decide to enter the world of CFDs, they need to consider their appetite for risk. 24option provides customers with the support and importantly allows them to experience trading in a trusted and informative environment.”

Green is the new cool and health and fitness are all part of the green revolution currently taking the world by storm. A major part of this has become the fitness wearables that every health conscious runner, walker, cyclist and any other exercise activity participant you can think of, must have. Statistics indicate that a major portion of the wearable market is currently in the field of health and fitness. To put it all into perspective, the stocks of Fitbit (FIT), a manufacturer of fitness wearables, opened on the NYSE on their debut day last week at a premium of 50% above the IPO price of $20.00. They were trading at $29.95 at the end of the first day’s trading.

The competition is of course only now starting to get on the move with ramped up marketing and product development.

A look at the competition means that the wearables market should be in for some interesting times ahead. The competition could include the likes of Apple (NASDAQ:AAPL), who have already entered the fray with the Apple Watch. Other tech majors such as Microsoft (NASDAQ:MSFT), Google (NASDAQ:GOOG), and Samsung (NASDAQ:SSNLF), are waiting in the wings for the Apple Watch to test the waters before diving in to the fray. Other players such as Garmin and Jawbone are already active participants in the wearables industry with Fitbit currently dominating the fitness wearable sector of the market.

Estimates of the potential size of the wearables market vary, but the numbers being bandied about are very big. According to Statista, a statistics portal, the global wearables market is expected to grow from a 2014 figure of $5.166 billion to reach a value of  $12.642 billion by 2018 and then to grow by ten times that figure by 2023. With a potential market of that size, beside the tech majors already mentioned, any number of start-ups can be expected to enter the fray for a share of this lucrative market.

Statista also forecasts that unit sales of wearables in 2014 of 26.3 million with fitness wearables accounting for 84% of delivered units, will grow to 155.7 million units by 2018. The 2018 figure includes a forecast that 57% of units sold will be fashion wearables with the fitness wearables dropping to 43% of the total.

Meanwhile, Microsoft has developed its new universal Windows platform which will see PCs, tablets, mobiles and even wearables all on the same operating system. Once Windows 10 is launched, Microsoft will be well placed to offer clients a service where information or an app could travel between all your devices which would give the company a big foot in the wearables market door.

Google, on the other hand, has placed their bets on their Glass headsets which are smartglasses in all but name. The potential is great for further development although there is uncertainty over which route Google will choose to enter the fray.

This technology market and the development are certainly worth watching as the market should continue to grow by leaps and bounds as new products and new uses for the wearable market products become available.

This article is brought to you in the courtesy of 24option

The seeds of the current financial crisis facing Greece may well lie in the Marshall Plan to rebuild Europe after the Second World War – The European Recovery Program (ERP) was known as the Marshall Plan in recognition of the part played by retired General George Marshall, who had been appointed as the U.S. Secretary of State by then President Truman, in putting the ERP into practice.

The end of World War II saw the start of the Cold War, the political confrontation between Russia and the United States for dominance, as the world was divided between the two spheres of influence. Despite early efforts to include Russia and the Eastern European countries as beneficiaries of the plan, which, of necessity included the rebuilding of Germany, assistance became limited to Western European Countries including Greece. During the period 1948 to 1952, a total of $12.7 billion was made available to the 16 Western European countries that had been affected in varying degrees by the War. Greece was the beneficiary of $376 million to assist in rebuilding the country economically and industrially. Strategically, Greece was an extremely important bulwark against Soviet expansion into Western Europe and as such received favorable treatment under the Marshall Plan.

Fast forward to the current leftist government in Greece led by Prime Minister Alexis Tsipras who has flirted with Communism for a large part of his adult life. He joined the Communist Youth of Greece while a student in the late 1980s after which he joined the ranks of the left wing, becoming considered as more of a political centrist by the time he entered Parliament in 2009. His election was, in no small measure, due to a manifesto that promised to return Greece to economic health without the austerity programs imposed on the country by the European Union (EU). The reality is that since then, he has had to face the EU, with Chancellor Angela Merkel of Germany taking the lead. Added to this, Tsipras has quickly learned that there can be no free ride and that the bailout money loaned to Greece with the austerity measures as a condition, has to be repaid on due date. The major sticking point is Tsipras’ reluctance to impose further austerity measures or to continue with measures already in place.

Greece and the IMF

Facing a repayment of $1.5 billion to the IMF (International Monetary Fund) due on June 30, representatives of Greece and the IMF met earlier in the week, a meeting that resulted in a walkout by the IMF delegation.  In the words of IMF spokesman, Gerry Rice, “There are major differences between us in most key areas. There has been no progress in narrowing these positions recently, and thus we are well away from an agreement.” The impression is given that the lack of flexibility on the part of Greece delegation in any movement towards meeting the demands of the IMF led to the breakdown in talks.

A failed eurozone state is the last thing the EU wants to contend with and the ever present possibility of President Putin of Russia becoming involved is very real. Tsipras will be headed for St. Petersburg for another meeting with Putin on June 18 with the result of the meeting anticipated with bated breath.

The optimistic note early Wednesday of possible German assistance to Greece lifted European markets in early trading after three days of steady losses, only to lose some of the gains after the IMF walkout announcement. An example of this is the Stoxx Europe 600 Index which ended the day on 393 points, down from the intraday high of 395.5. Euro (EUR) values initially dropped after the Wednesday news, but have shown a slight recovery, however not to previous levels. On Friday, the EUR/USD gained 0.03% to close the week on a strong note at 1.1262.

Greece Finance Minister Yanis Varoufakis said Saturday that, in his opinion, Europe would not allow Greece to exit the eurozone despite fears that such a move is imminent. Questioned on BBC Radio 4 as to whether he felt the IMF were bluffing he replied, “I hope they are”. He further blamed the failure of the talks with the IMF on the fact that these were yet another version of the failed proposals of the past. The fear is that Greece will run out of money with the payment of the $1.5 billion due on June 30. The eurozone Finance Minister will meet in Luxembourg this Thursday, a meeting viewed as a deadline for Greece and the euro.

This article is brought to you in the courtesy of 24option