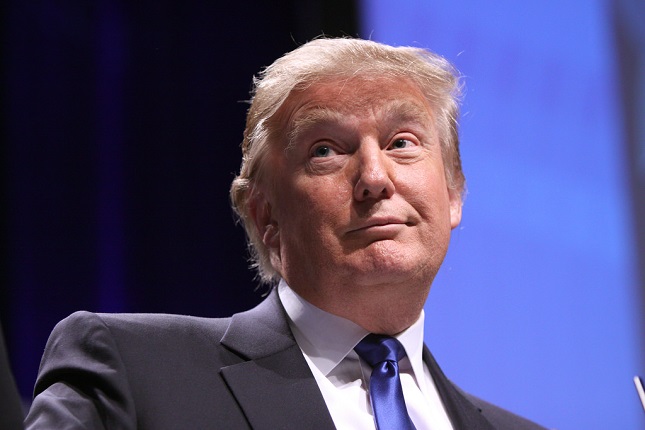 Yet again the headlines read: “The markets plunge after Trump tweets about China” and the campaign promise of 2015 seems even more humorous.

The markets had a negative reaction to news of retaliatory tariffs issued by China on $75 billion in U.S. goods, amongst them soybeans, coffee, whiskey, seafood and crude oil.

This was followed by a barrage of angry tweets from the U.S. President and a twitter order to the “Great American companies” that they are “hereby ordered to immediately start looking for an alternative to China”.

The response from the white house was not limited to tweets and included a tariff hike of already in place as well as on tariffs due to be added on September 1’st.

So should the American consumer be overfilled with patriotic pride over the prowess of their leader?

Despite the claims made by Donald Trump that China is paying for the tariffs and how good for said tariffs are for the American economy, It appears that it is U.S. importers who actually pay the tariffs, and typically pass some if not all of the costs onto American consumers.

The trade war is estimated to cost U.S. companies and consumers more than $3 billion a month and the latest round should only add to the tally.

Despite the message that is circulated by the White House the president must have at least some sense of reality and the adverse effects of the tariffs. I believe this is why the rhetoric is becoming more aggressive towards China policy measures like labeling China as currency manipulators are taken.

The United States officially labeled China as a currency manipulator at the beginning of August, after the Yuan dropped beneath 7 Yuan to a US Dollar.

Making it the first official currency manipulation complaint since 1994.

The paradox is that China was labeled a currency manipulator for failing to manipulate its currency and keep it artificially inflated.

It’s simple macroeconomics, if the greenback is strengthening against most global currencies and the Chinese economy suffering from the tariffs, the Yuan is expected to depreciate but don’t let the economic facts get in the way of rhetoric, after all Trump doesn’t understand economic policy.

Enemy of the State

Don’t take my word for it, it was former Fed chairwoman Janet Yellen who said Trump doesn’t understand economic policy, however, as is so often the case the people least knowledgeable about a subject are those who discuss it most confidently.

It wasn’t macroeconomics in mind when the American President floated the following conundrum: “My only question is, who is our bigger enemy, Jay Powell or Chairman Xi?”.

It was chairman Powell’s decision to only cut 25 basis points during the last interest rate decision that won him the title “Enemy of the state”.

What makes the twitter assault even harsher is the fact the Fed is bound by its Dual Mandate to achieve both stable prices and maximum sustainable employment and last time I looked inflation is subdued and unemployment is near historic lows.

Pressuring the FED to massively cut rates for the purpose of short term political gains is risky and may exhaust the arsenal of tools the Fed will have to combat a recession prematurely.

Disrupting the global trade ecosystem may be a sufficient catalyst to usher in the next recession, in case the monetary policies advocated for by the white house are implemented the United States may find itself without any ammunition to stimulate the economy without launching an extensive QE program.

However there are opportunities in every outcome and if indeed a recession hits the U.S. when it has no more conventional policy tools, shorting the Dollar Index, Buying gold and running in and out of VIX contracts could prove lucrative. 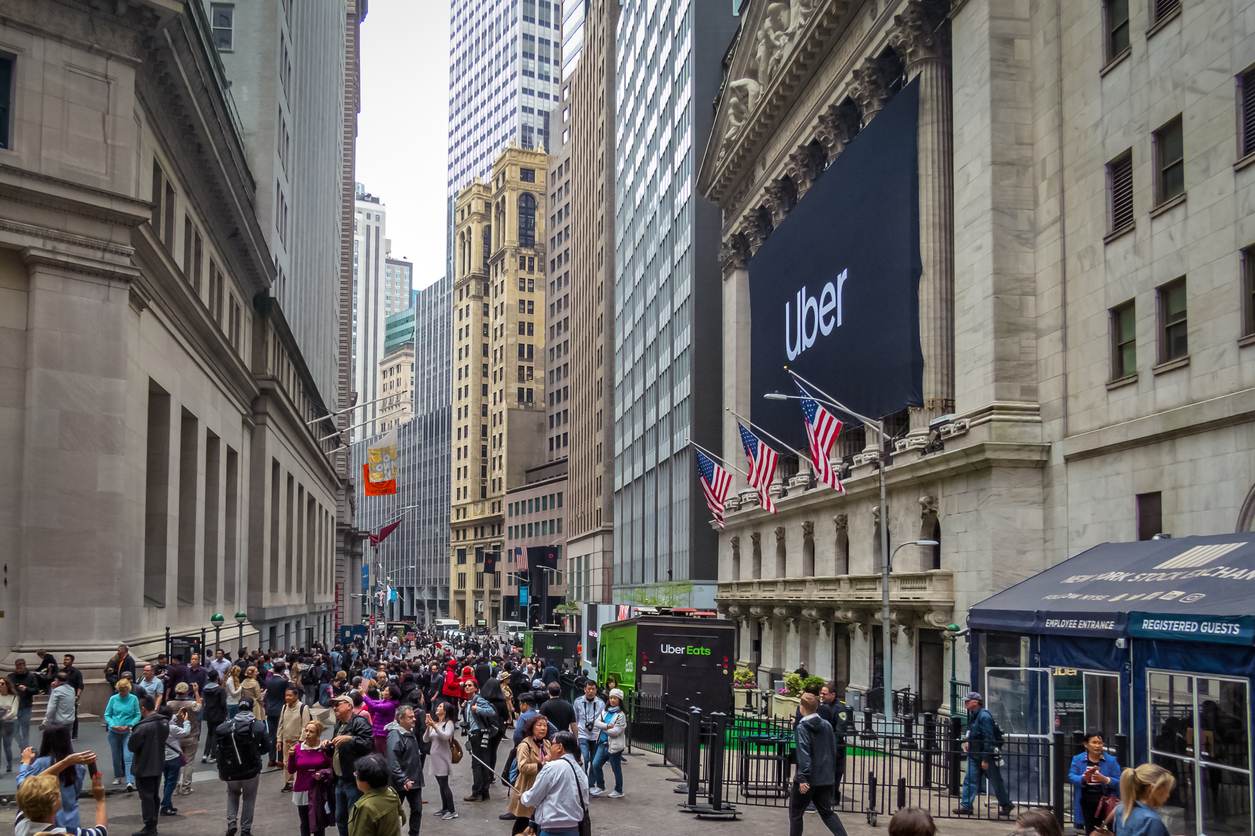 With the S&P500 skyrocketing by ~15% YTD and Nasdaq climbing by more than 19%, timing seems perfect for founders and early backers to cash out or get the much-needed capital influx.

We saw a fair share home-run IPO’s such as Beyond Meat and Zoom Video Communications as well as a few flops such as Lyft and Uber Technologies.

And with the year not even half over we have a lot more to look forward to.

What can be learned from the results so far and what are the prospects of future upcoming initial public offerings?

As it is inherent to human psychology (and to prudent investing) to focus on the risks before the rewards it is best to start this overview with the largest flops so far.

The most anticipated IPO of 2019 is shaping out to be somewhat of a disappointment.

I know it is a bit early to call an IPO a flop when its shares traded for just one day, even if the results were as miserable as they were, with share price dropping 7.62% on the first day of trading (May 10th).

However, we should consider that just a month ago UBER (Ticker: UBER) was aiming at an IPO valuation of $100 Billion, when they actually managed to reach a total valuation of $75.5 Billion (and that’s if you round up) raising $8.1 Billion at $45 a share.

Timing played a large role in the IPO’s outcome and the initial trading – the company updated its preliminary estimate of Q1/19 results in the IPO documents, little to say, the results weren’t flattering.

The fact that Uber and Lyft drivers went on strike just before the IPO and the trade war with China was reignited didn’t help either, but in my humble opinion, it was Lyft’s IPO that really screwed the pooch for Uber.

Uber and Lyft competed on who will be the first to go public and Lyft won that race offering its shares to the public on March 28th, 2019.

Lyft’s IPO (Ticker: LYFT) started off strong, raising $2.34 Billion, with shares going public at $72 – at the top of its price range.

The IPO price provided a valuation of $20.6 Billion which translates to almost a 40% premium over its private valuation. Not to mention that on the first trading day the stock touched a high of $88.6 per share before closing at $78.29.

But just like an enthusiastic sprinter realizing he was actually competing in a marathon the strong start didn’t much matter.

Lyft’s shares plunged by 29.04% since its initial offering and due to the numerous business similarities with Uber, Lyft’s performance provided a pessimistic outlook for Uber as well.

While the ride-hailing industry was beaten and abused by the capital markets it is not to say all IPO’s this year performed negatively. On the contrary, out of the 77 IPO’s of companies with a market cap greater than $50 Million, 56 are in the green.

In fact, there are too many successful IPO’s to cover them all, some mentionable ones include:

But the 2 IPO’s that really catch the eye are those of Zoom and Beyond Meat.

Zoom Video Communications (Ticker: ZM), the developer of video conferencing software, listed its shares on April 17th at $36 per share, above its price range of $33 – $35.

Zoom raised around $750 Million for a total valuation of almost $9.3 billion, or nine times that of its latest private market valuation.

Not resting on its laurels the stock exploded and at the moment of writing is priced at $79.63 per share or a whopping 121.19% upside, amazing performance for a relatively obscure unicorn.

The marketing and branding efforts of the company are as important to its growth as the R&D efforts, the ability to draw in carnivores in addition to vegetarians could be pivotal for Beyond Meat and these efforts are assisted by endorsements from famous personalities such as Bill Gates, Leonardo DiCaprio and even Snoop Dogg.

Since the shares were listed the stock exploded by ~165% closing on Friday at 66.22 per share.

2019 is expected to provide much more IPO drama with names like Airbnb, Slack, Robinhood and WeWork expected to go public.

The current trend seems to favor companies with a strong service/product offering while shying away from companies based on the gig economy.

It would be interesting to see if this trend continues and if it does what it bodes for the sharing economy in general.