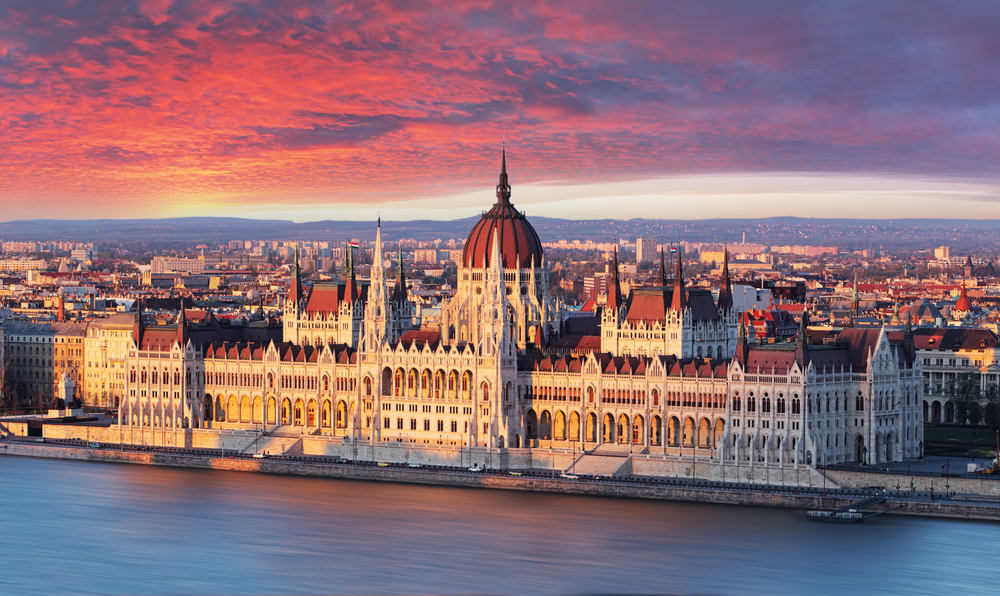 Scope Ratings says improvements in Hungary’s debt structure and the expected timely return of the economy to pre-Trisis growth mitigate an increased vulnerability of the country’s public finances to future shocks.

“An important absorption measure would be the further extension of public debt maturities,” says Giulia Branz, analyst at Scope. “Doing so could reinforce Hungary’s fiscal resilience by reducing high gross annual financing needs, although a critical issue remains the capacity of domestic investors to absorb higher volumes of government bonds issued by the Hungarian State Treasury – especially at longer durations.”

Upward revisions to public deficit and debt, but significant improvements in debt profile

“We have made an upward revision in our deficit forecast to 10% of GDP in 2020 after higher spending in response to the pandemic, expected further extension of fiscal support, and a deep recession,” says Branz.

Nevertheless, a robust recovery in nominal output is foreseen in the years ahead, which should ensure the gradual decrease of debt back toward 75% of GDP by 2024.

A significant improvement in Hungary’s debt profile over the past decade, including a substantially lowered share of foreign-currency denominated debt, has reduced external sector risks and helped to advance Hungary’s domestic capital market liquidity, especially via the issuance of retail bonds.

“The fact that domestic debt holders have a limited capacity to absorb longer-dated government bond issuance compared to the tolerance of international investors may pose a constraint on the government’s objective of extending debt maturities,” says Branz.

“The mix of lower interest rates and the quantitative easing of the Magyar Nemzeti Bank (MNB) have provided robust support for Hungary’s debt management agency, ÁKK, to complete a large share of its funding needs for 2020, including 100% of the planned foreign-currency debt issuance,” she says. 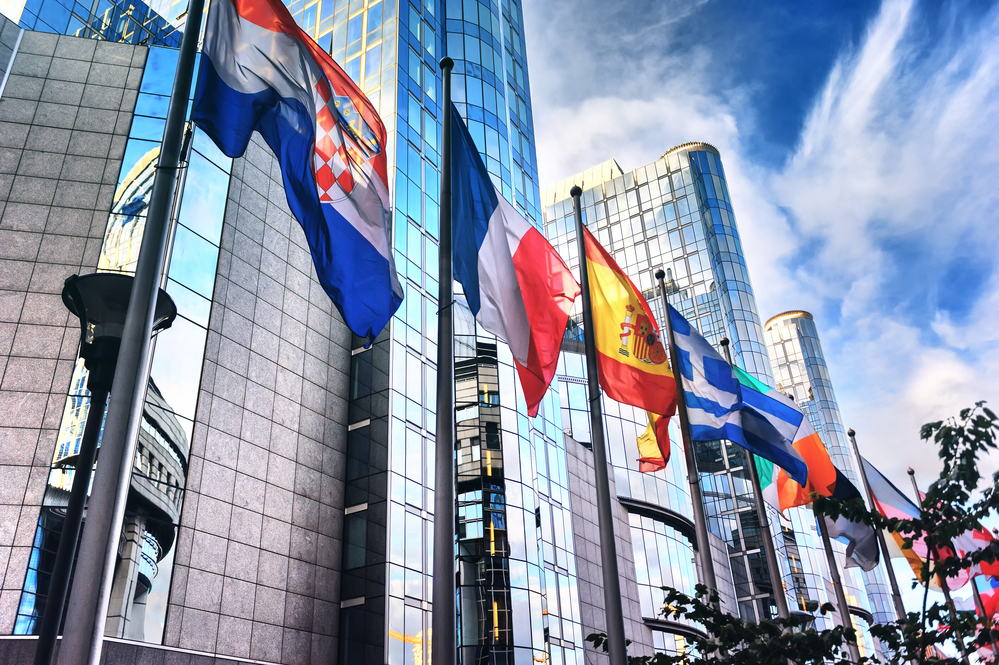 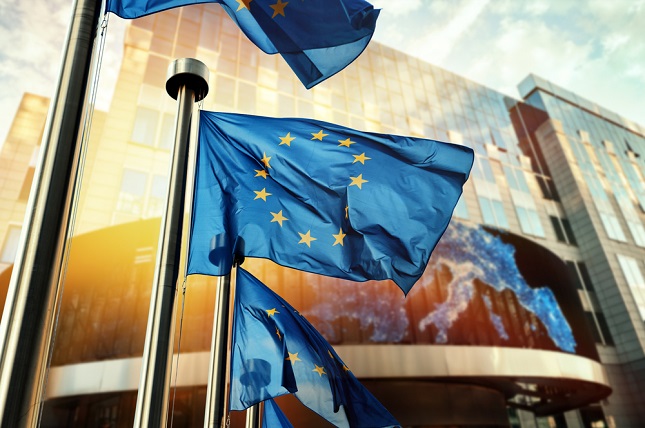 Understanding gross financing needs (GFNs) is essential to assessing the sustainability of sovereign borrowing by providing an aggregate figure of the maturing debt volume, primary fiscal deficits and interest payments in a fiscal or calendar year.

In 2020, Scope Ratings expects euro area gross financing needs of around 18% of it’s GDP, assuming an aggregate primary deficit of 6% of the GDP and interest payments of 1.8%. By comparison, in 2019, GFNs amounted to 12% of GDP.

“We expect for 2020 a similar overall size for euro area gross financing needs compared with that in 2009, at the peak of the Global Financial Crisis, but this time the focus around the composition will be different,” says Giulia Branz, an analyst at Scope and co-author of the Euro Area Gross Financing Needs in 2020:
rise mitigated by favourable composition . “Hefty fiscal stimulus is the main driver of the rise in GFNs in 2020 while interest payments and the amount of maturing debt remain lower than in 2009,” she says. “Governments are issuing debt to counter-cyclically address the crisis, rather than to service past borrowing. This may support faster economic recovery and thus strengthen debt sustainability over the medium term.”

The euro area’s total GFNs this year might remain comparable to those during the Global Financial Crisis in 2009 if the economic contraction from the Covid-19 remains close to Scope’s baseline estimate of around 6.5% of the GDP. At the same time, euro area governments have varying degrees of fiscal space, with projected GFNs in 2020 ranging from 8% in the case of Estonia to over 30% of GDP in Italy’s case.

“Italy is among the few countries facing very similar amounts of amortisations and interest expenditures this year compared to 2009, despite recurrent primary surpluses in the aftermath of the financial crisis and the extraordinary interventions of the ECB,” says Branz.

Italy’s gross financing needs in 2020 nonetheless remain far below those projected for other reserve currency sovereigns such as the United States (38.5% of GDP) or Japan (45.6% of GDP). In addition, the European Central Bank’s enhanced role as a lender of last resort and will support fiscal sustainability despite the one-time surge in fiscal deficits. ECB support is expected to keep interest costs low to mitigate spreads in risk premia across countries and absorb part of the additional gross financing needs resulting from higher primary deficits.

“In absolute terms, we currently estimate the euro area’s fiscal deficit for 2020 at around EUR 890bn. This compares with the ECB’s additional purchase programmes totalling around EUR 1trn, of which we can assume around 70% relate to euro area government securities purchases.”

Scope’s forecast of an aggregate euro area fiscal deficit of around 8% of GDP can be broken down into the pre-shock primary balance, shock-related discretionary spending, the cyclical component including higher unemployment benefits and lower tax revenues, in addition to interest payments. While the projection for the cyclical component deterioration is comparable to that seen in 2009, interest payments are significantly lower this time – thus creating the space for greater stimulus.

“We see greater use of fiscal spending in 2020 and more homogeneous fiscal responses across euro area countries, as the discrepancies in their fiscal balances, are set to be much lower than in 2009,” says Branz. Counter-cyclical and coordinated fiscal policy are what countries have to do to mitigate the impact of the economic shock. Still, this will inevitably translate into an increase in the stock of public debt.

A rise in regional debt, but via growth-enhancing spending rather than higher interest cost

“We project the euro area’s debt-to-GDP ratio will increase to a record high of around 98% in 2020, up from 84% in 2019. However, thanks to prudent fiscal policies over the past ten years, much of the increase in public debt results from higher primary spending rather than from higher interest payments.”

Euro-area governments have several ways to offset the impact of higher GFNs on future economic performance, including:

Giulia Branz is an Associate Analyst in Public Finance at Scope Ratings GmbH.