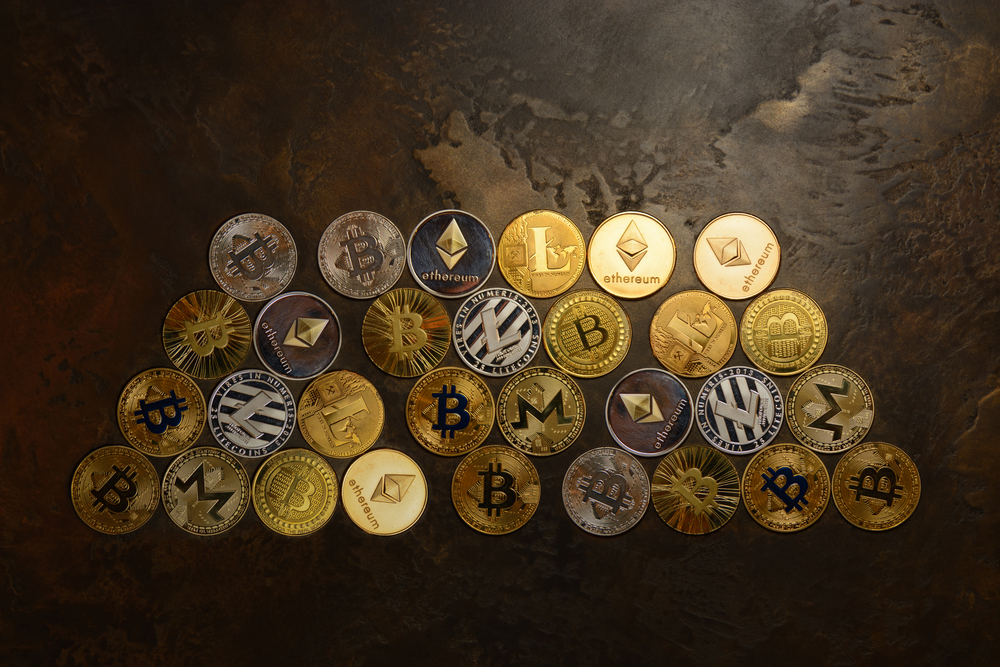 While the legal status of cryptocurrencies varies from country to country, the fact that they can be recognized as legal tender (as El Salvador’s example demonstrates) shows that there is a place for them to be found in payments and that people can also use them to conduct their purchases.

While Bitcoin is not the best crypto asset for payments going forward, there are other options available which can be used for payments. Assets with lightning-quick transaction speeds, like Ripple, Solana, EOS, Neo, Cardano and Ethereum (following the rollout of Ethereum 2.0), for example.

We have already seen El Salvador implement Bitcoin as a legal tender. Its advantages include censorship-resistance, quick and cheap payments and an anti-inflationary system. Only time will tell if El Salvador’s move bears fruit. If it does, we could see other countries follow suit. It must be noted that Bitcoin’s initial goal was to be used for payments – its current appeal is more as an investment instrument but this could soon change.

When it comes to payments, efficiency is a priority. A cross-border payment in crypto can take minutes, or even seconds to clear – as opposed to several days of clearance time (potentially) with fiat transfers. Currently, payments platforms and financial institutions charge colossal fees for international transactions and take significant time to process.

In today’s increasingly digital age, speed is of the essence when it comes to the completion of any task, of course in a streamlined manner. Needless to say, the integration of crypto assets into global finance will make local and international payments easy. Also, functionalities can be built into crypto transactions in the form of smart contracts.

For example, you could send pocket money to your child who is studying overseas and program the money to not be spent on junk food. Automation of payments based on pre-fixed conditions is also a possibility. Of course, the security that comes with blockchain technology is another advantage of incorporating crypto payments globally.

With a market cap of $2.5 trillion at the time of writing, crypto tokens have become an asset class in their own right, and the gap between the crypto and fiat spheres is gradually closing.

What is the future for this sector?

We are approaching a future where cross-border payments can be completed with a single, quick crypto transaction. The real benefit of crypto payments is being able to use cryptocurrencies in our day-to-day lives. While receiving payment in crypto and converting to fiat is still a quick process, the fees get piled on – convenience and savings hold key importance here.

The future for this sector is indeed bright but we need businesses all over the world to accept crypto payments to harness their true potential. We need a digital world where crypto payments for all kinds of goods can be made with a single click. At the moment, over 15,000 businesses globally accept crypto payments. These include Microsoft, PayPal, Overstock, Whole Foods, Etsy, Starbucks, McDonald’s, Newegg, Home Depot, Rakuten and Twitch – the list goes on.

Once crypto payments become mainstream, I expect players in the industry to build infrastructure to add to the capabilities of crypto assets and facilitate direct crypto payments as I mentioned in the previous section. CBDCs are a way forward as well and will slowly but surely transform global finance.

The lack of regulation is a hindrance to growth at this moment and the adoption of CBDCs could see cryptocurrencies gain more importance and traction rapidly. Many countries do not have taxation rules in place at the moment and do not know how to treat crypto assets. And since they cannot understand crypto assets, they refuse to acknowledge their importance.

This is why I feel 2022 could be a turning point for the crypto industry in terms of global finance, with CBDCs likely to receive a huge global push. China is leading the way at the moment and countries like the UK and India are not too far behind.

The crypto industry will continue to develop and the demand for crypto assets will rise. Global crypto adoption for payments will not only add ease to cross-border payments at low costs but also allow us access to programmable and automatable payments.

China will play a leading role in global crypto infrastructure in the near future, owing to its progress with CBDC technology. The growth of India as a crypto-using nation is heartening to see as well – India has the most active crypto users at the time of writing.

Financial institutions are seeing cryptocurrencies in brighter light and their acceptance of digital currencies is key to the future growth of the industry. In the end, the goal is not to eradicate traditional finance but enhance it. 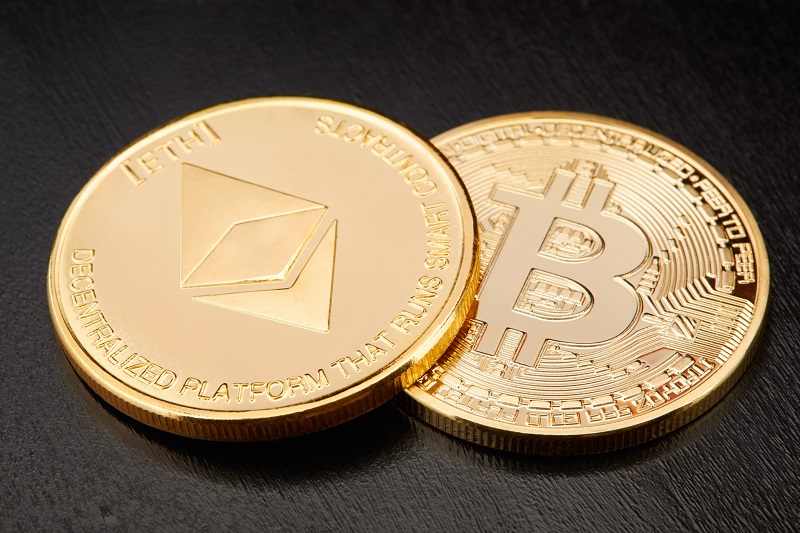 Ethereum has also seen its price shrunk below $2,000, showcasing the underlying fact that the broader market trend can overpower strong fundamentals at any time. The cryptocurrency trailed the broader losses in the market, perhaps as the mining ban from China may also have a rub-off effect on it.

The market is seeing a revival today as investors seek to decouple from the negative news that has permeated the industry. On-chain data also suggests new Bitcoins are being accumulated by the older set of investors, reiterating the undeniable trust being ascribed to crypto investments irrespective of the price corrections. The flagship cryptocurrency is currently trading at $39,070.56 up 6.73% in the past 24 hours. Per the chart trend, the coin’s short-term Moving Average is still bearish. 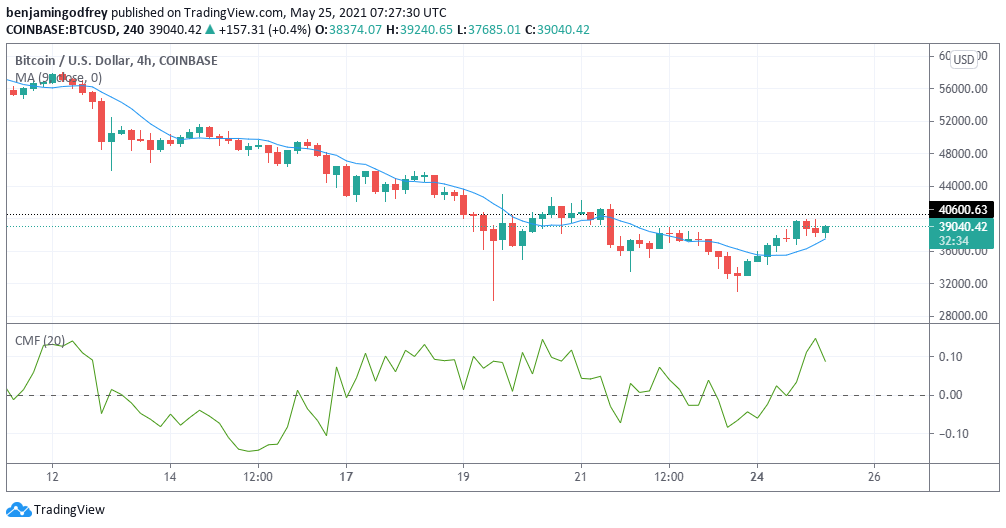 Ether is also rejuvenated, exchanging hands at $2,670.25, having gained 18.35% in the past 24 hours. The cryptocurrency appears to be on steroids at the moment with the charts below showing a push above the upper range of the Donchian Channel. 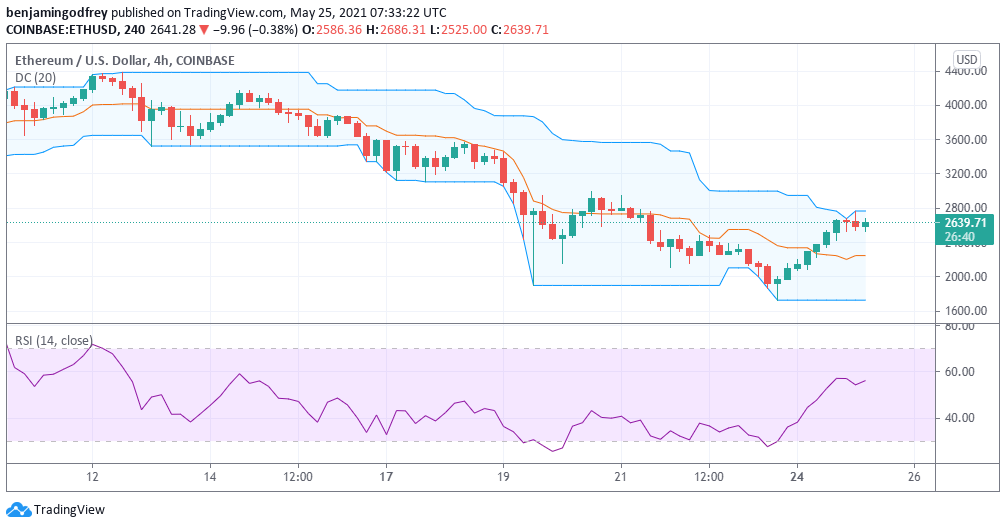 Are we in for a Full Recovery?

There may be a few more turmoil for the global crypto industry as volatility is inherent in the market. However, recovery is imminent as investors will still favor crypto for its prospective growth rate compared to the traditional market investments and its inherent low-interest rates that haven’t improved in the year-to-date period. 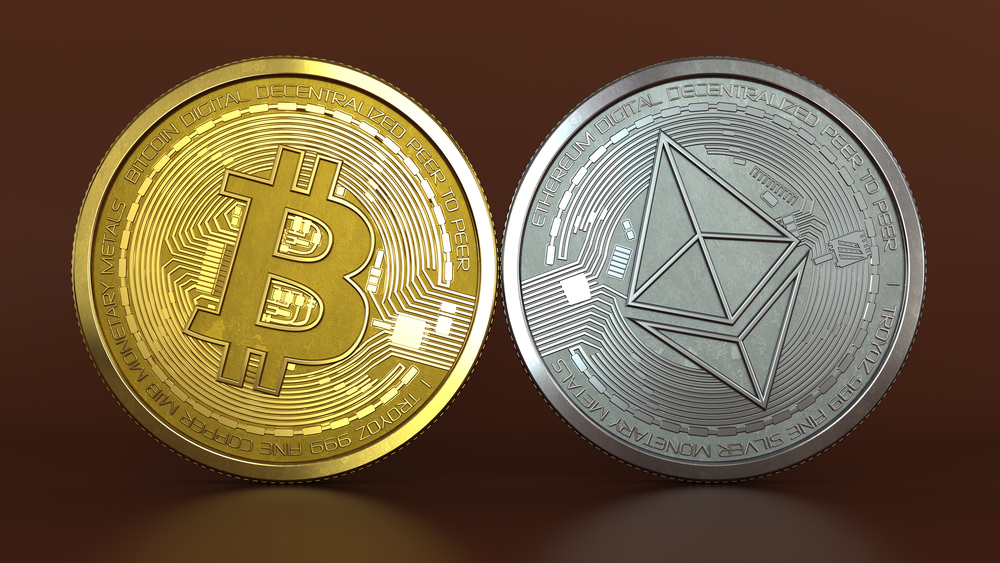 One year later, and March 2021 already seems somewhat better from all standpoints. But, when it comes to the crypto industry, this last month has been one of the most prosperous in the sector’s entire history, especially when it comes to adoption and the prices of Bitcoin and Ethereum.

The past 31 days have brought a lot of progress to the cryptocurrency industry, but it could be said that the adoption has seen the most progress. Institutional investors have been overcoming their fear of cryptocurrency for over a year now, and with each passing month, they have been more and more encouraged to join the crypto sector and help it grow. Companies like Grayscale and MicroStrategy have invested millions into crypto on behalf of their clients, and despite recent dips, institutions continue to invest. Grayscale even launched new crypto products only a few weeks ago.

Major financial institutions like JPMorgan and Morgan Stanley have started offering crypto products, and even the Deutsche Bank openly stated that cryptocurrencies can no longer be ignored.

This last month revealed that Tesla has bought over $1.5 billion worth of Bitcoin. This month, however, its CEO, Elon Musk, announced that the electric car company will now start accepting Bitcoin as a means of payment.

Another report revealed that Bitcoin miners managed to earn over $1.5 billion in March of this year alone, making mining one of the most profitable ways of earning Bitcoin at the moment.

And, of course, no one will soon forget that this was a month of Bitcoin ETFs, with as many as three of them emerging in Canada, one of which was launched by Galaxy Digital’s Mike Novogratz. These are the first BTC ETFs in North America, and their very existence has given US companies a new encouragement to continue to bombard the SEC with new ETF applications.

This has also been a major month for Ethereum, as its DeFi sector reached an all-time high at $46.1 billion in total value locked (TVL) in mid-March. Meanwhile, NFTs (non-fungible tokens) became one of the main topics of news and discussions, as tokenization started taking off. There were countless examples of celebrities, groups, and organizations launching NFTs, selling tokenized versions of songs, tweets, watches, and anything else that has any kind of value.

Not to mention that Visa embraced crypto settlement, and chose Ethereum blockchain to conduct them on. Lastly, Ethereum continues to slowly implement changes that will eventually result in its transformation into Ethereum 2.0 — a better, faster, more scalable blockchain, with much cheaper transactions and greater functionalities.

The situation regarding crypto prices was equally as good, at least for a time. Bitcoin managed to hit a new ATH earlier this month, which was followed by a major price correction. The coin reached an ATH of $61,683 on March 13th, only to correct to $54k three days later. It then attempted to reach $60k once again after that, and it succeeded, but the approaching expiration date of $6 million worth of Bitcoin options caused fears of major sell-off, resulting in an even deeper price drop that brought the coin to $51k by March 25th.

Now, only one week later, the coin is nearly back at $60k, surging rapidly over the past week, and currently sitting at $59,781.

Ethereum saw a similar price performance, however it was held back by extremely strong resistance at $1,850 for the majority of the month, and this barrier caused it to trade sideways for weeks. The coin managed to breach it only once in the past month, around the time of Bitcoin’s ATH. However, ETH did not manage to beat its February record. Instead, it only climbed to $1920 before dropping back down.

When Bitcoin options expiration date approached, ETH price was affected too due to BTC dominance, dropping to $1560 as a result. However, just like BTC, Ethereum also recovered over the past six days, and it currently pushes strongly against the resistance at $1850, which is also the coin’s price at the time of writing.

At the moment, both coins are trading in the green, with their prices surging as the new rally took over, and it would not be surprising for new ATHs to be reached in the next day. Historically speaking, crypto industry often performs very well in April and May, so the next two months have an excellent chance of bringing great price performance.

Greg Waisman, the co-founder and COO of the global payment network Mercuryo