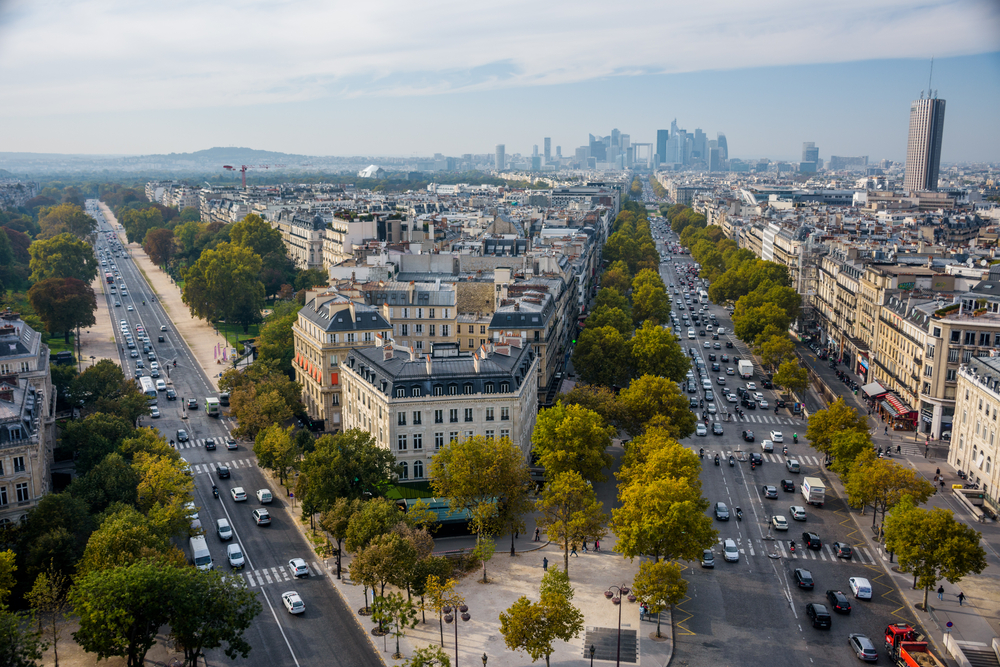 France’s Stability Programme for 2021-27 highlights the government’s priority to support a strong post-Covid-19 recovery, close the output gap by 2024 and boost potential growth via fiscal support focused on greening the economy as well as on social cohesion and industrial sector competitiveness. Given already high shares of tax revenues in GDP, the government decided against tax hikes under the Programme to cover the Covid-19 bill, relying instead on gradual expenditure containment from 2022 onwards.

Following sizeable recovery spending reflected in nearly a 10% increase in real spending between 2019 and this year, post-crisis fiscal consolidation is expected to be jump started by a fiscal cut of 3.3% of GDP in 2022 as emergency support measures are tapered, and gradually phased in via containment of public outlays afterwards.

Specifically, the government aims at limiting annual growth of real public expenditures to 0.7% between 2022 and 2027. This is lower than the average growth rates of 2007-12 and 2012-17 periods of 1.4% and 1.0%, respectively, and also below projected real output growth.

The government will continue to pursue streamlining and digitalisation of public services as outlined under the “Action Publique 2022” and focus on efficient public spending that favours more inclusive and green growth. In addition, the government plans to reform public finance governance by implementing a multi-year spending rule that limits general government expenditure growth. This can be exceeded only during times of crisis and after close parliamentary scrutiny.

A gradual consolidation approach concentrating on the expenditure side is appropriate

The government’s plan to gradually reduce the fiscal deficit via expenditure-based consolidation is appropriate since this tends to be more effective than revenue-based plans. This will help place the economy on a sound post-crisis recovery path. Any premature rapid consolidation would likely hold adverse implications for growth and could weigh upon longer-term debt sustainability. However, this gradual approach to consolidating the budget will come at the cost of materially weaker fiscal fundamentals at a minimum over the medium term.

France’s projected primary fiscal balances are weaker than those of most other euro area countries, albeit similar to or stronger than those of Scope’s other AA-rated sovereigns such as Belgium, Czech Republic, the United Kingdom or the United States.

The budget deficit is expected to remain elevated

The French budget deficit is expected to stay elevated, at 4.6% of GDP on average, over the next seven years and is forecast to fall to below the 3% of GDP Maastricht threshold only by 2027. This includes the fiscal impact of France’s EUR 100bn recovery plan, on top of a gradual withdrawal of support measures implemented to address Covid-19. Similarly, the public debt ratio will stabilise at 118% of GDP only in 2024-26 and start declining by 2027 absent a substantive economic shock in the interim years.

While France’s debt level and trajectory are similar to those of other Scope AA rated sovereign borrowers (other than that of the Czech Republic with its notably lower debt stock), the government debt burden leaves the economy vulnerable to an abrupt rise in interest rates, should investor appetite suddenly deteriorate. Similarly, the reduced fiscal space limits room for counter-cyclical fiscal measures in the event of another large adverse shock.

The weakening in fiscal fundamentals is likely to be mitigated partially by low funding costs available to the government as French interest payments relative to revenues are expected to continue falling over the coming years. It is clear that further structural reforms are needed to raise growth potential and start a more decisive fiscal consolidation over the longer term that would place the debt-to-GDP ratio onto a durably declining path.

This may prove difficult given the Emmanuel Macron government’s waning public and political support. After strong popular opposition to some of the government reforms, opinion polls show a narrowing victory margin for Macron versus favoured contender, Marine Le Pen, raising the prospect of a leadership change after 2022 elections.

Zuzana Schwidrowski is a Director in Sovereign and Public Sector ratings at Scope Ratings GmbH. Thibault Vasse, Analyst at Scope Ratings, contributed to writing this commentary. 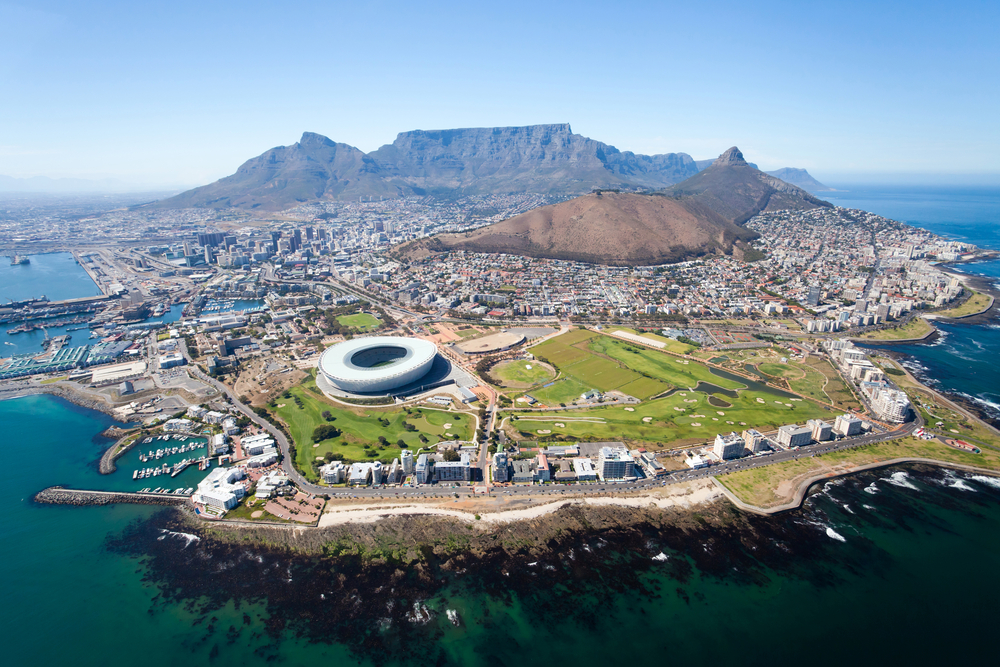 The credit outlooks of the five countries of southern Africa are at risk from faltering growth, sharpening social tensions and growing fiscal pressures, which demographics, in the absence of the right policy mix, have accentuated for several years.

Make-or-break demographics are at their most acute in South Africa, the economic lynchpin of the region on whose fortunes Eswatini, Lesotho and, to a lesser degree, Botswana and Namibia depend.

The southern African middle-income economies are relatively mature in demographic terms by contrast with the rest of sub-Saharan Africa. These countries have a high and rising proportion of people of working age. The share of young people as a ratio of total persons of working age is declining. As the average age of this segment of the population increases, its members tend to save and invest more, which should support economic growth.

However, since the global financial crisis in 2008 and 2009, southern African countries have missed out on opportunities presented by their favourable demographics. They have instead some of the world’s highest rates of unemployment, inequality, and HIV infection. Achieving inclusive growth without substantial structural transformation has remained elusive in the context of their “dual” economies – a relatively small, efficient formal sector but a large and mostly subsistence-based informal sector – the latter with poor labour productivity exacerbated by elevated HIV-positivity rates.

The South African economy has underperformed that of other emerging markets

In South Africa, the economy has underperformed that of other emerging markets for years, with low levels of employment, running at 40-45% of the working-age population, being a permanent feature. Growth fell below 2% a year after the global financial crisis, while the economy contracted by 7% in 2020 due to the Covid-19 pandemic. Low growth has contributed to rising public debt to GDP over the past decade, now reaching 77% of GDP, up from 27% in 2008, according to the IMF.

At the rating agency, we explored two scenarios for South Africa for the period 1995-2045. The first assumes “no policy progress”, with flat labour productivity growth, similar to average outcomes over 2010-2020. The employment rate gradually recovers from the Covid-19 shock, but only to pre-crisis levels.

In this case, the average annual potential real GDP growth would slow to 1% in the long term, with adverse consequences for economic output, social stability and public finances.

In a second scenario, we assume, however, an annual average productivity growth of about 0.5% as the government undertakes policies to make labour and product markets more business friendly and strengthen human capital. Such measures lift longer-term growth potential towards 2-3% a year, easing pressure on public finances and supporting social cohesion. Growth would become more inclusive, with the employment rate rising slowly from about 45% in 2015 to 55% by 2045, providing some measure of a demographic dividend for South Africa with favourable growth spill-overs for neighbouring economies of the region.