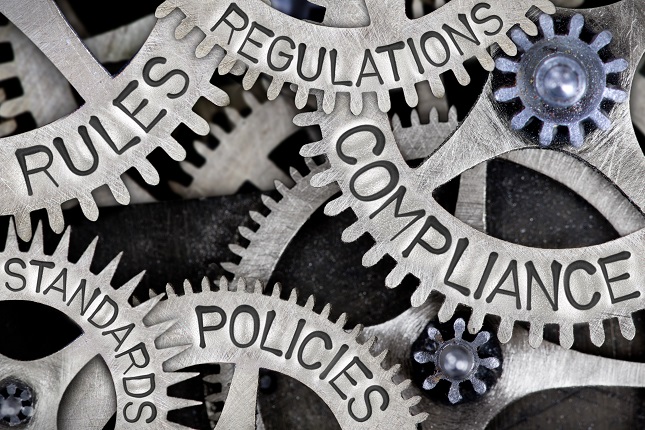 What is Financial Market Regulation?

Financial regulation provides guidelines, restrictions to financial institutions throughout a nation. This may be performed by either a government or non-government organization. Regulation might be in the form of regulatory transactions as accounting for revenue and expenses.

A Master Limited Partnership is a public company that combines the tax benefits of a limited partnership with the liquidity of publicly traded securities. They are categories under Section 7704 of the Internal Revenue Code. Most MLP provides robust dividends by operating in the petroleum and natural gas storage and transportation business.

Example: These public companies are generally appealing for their large dividends and tax treatment.

The Financial Services Authority was responsible for the regulating the financial services industry in the United Kingdom between 2001 and 2013. The regulatory body operated independently from the U.K. government but was assigned by the Treasury. In the wake of the 2008 financial crisis, the FSA was restructured in 2013.

Example: The Financial Conduct Authority and the Prudential Regulation Authority of the Bank of England, now has the responsibilities formerly held by the FSA.

What is Fannie Mae?

Fannie Mae is a government-sponsored enterprise (GSE), founded in the United States in 1938 by Congress. The Federal National Mortgage Association, which is the enterprise’s official name, was created during the Great Depression to make more mortgages available to low-income borrowers. Fannie Mae is one of two of the largest purchasers of mortgages in the secondary mortgage market.

Example: Fannie Mae does not originate or provide mortgages to borrowers. It purchases and guarantees them via the secondary mortgage market.

What is Ginnie Mae?

The Government National Mortgage Association (GNMA – Ginnie Mae) is a U.S. government corporation within the U.S. Department of Housing and Urban Development. The corporation does not issue, buy or sell mortgage securities and also does not purchase or sell loans. The agency guarantees the payment of interest and principal on loans for approved mortgage issuers.

Example: Unlike Freddie Mac, Fannie Mae and Sallie Mae, Ginnie Mae is not a publicly-traded company.

International Monetary Fund (IMF) is a specialized organization of United Nations. IMF was formed in 1945 and has 188 member countries. It oversees international monetary policy and monitors economic, monetary and financial policies. IMF provides financial assistance to members in economic difficulties.

Example: In March 2014, theInternational Monetary Fund approved a $14 billion bailout package for Ukraine to avert bankruptcy. This financial assistance comes with tough reform conditions which will have to be implemented by Ukraine.

Example: In past National Futures Association has permanently barred many commodity intermediaries on the charges of misappropriation of investors’ funds, providing false and misleading information to investors or NFA.

The Australian Securities and Investment Commission (ASIC) helps ensure the economic integrity of the Australian financial markets by regulating its activity. ASIC is an independent commonwealth government organization. The organization mandate is the government and administers securities laws in Australia.

Example: ASiC is set up under the Australian Securities and Investments Commission Act 2001.

The Commodity Futures Trading Commission (CFTC) is an independent regulatory agency in the United States that governs the futures and options on the futures market. The agency was created in 1974. The mission of the CFTC is to create a transparent and competitive futures market and avoid systematic risk to protect investors.

Example: The CFTC would be the body that regulated the WTI futures market.

The Federal Open Market Committee (FOMC) is the monetary policy board of the Federal Reserve Bank of the United States. This committee meets multiple times during the year in an effort to set central bank interest rate policy. The FOMC has permanent and rolling members made up of Federal Reserve Regional Presidents.

Example: The Fed chair, the Vice Chair and the President of the Federal Reserve Bank of New York are permanent members of the FOMC.

The Markets in Financial Instruments Directive (MiFID) is geared to integrate the European Union’s financial markets and enhance cross board investment transactions. The goal is to enhance transparency and determine the reserve requirements a financial institution must hold.