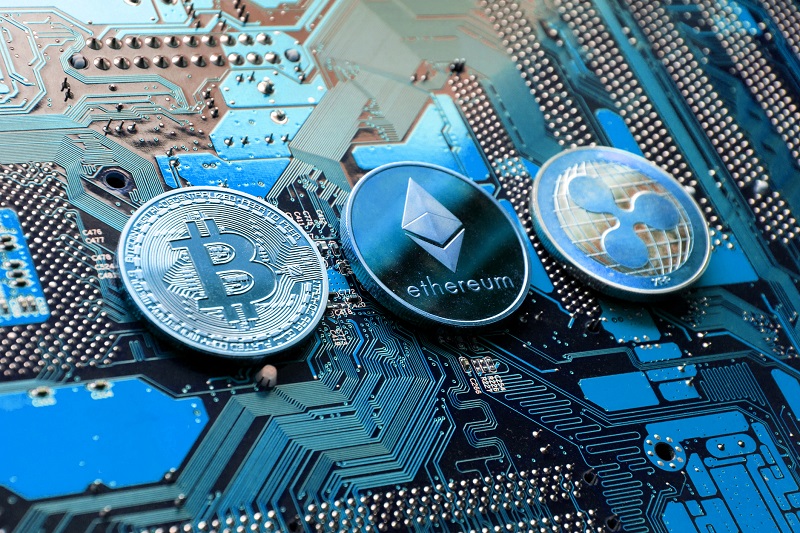 Whether it’s in reputable publications like Forbes and Newsweek, or your insufferable desk mate Ian who brings Soylent to work and who won’t stop telling you that “it’s the future of the free market, man,” cryptocurrency is just about on everyone’s minds these days.

Brought to popularity by Bitcoin in the early 2010s, cryptocurrency has slowly become one of the most intriguing and innovative new ways of conducting encrypted transactions. In an age where ever more of our information and economic activity takes place online, cryptocurrency has begun to gain prominence as a new method of decentralizing that process.

Here’s the thing, though – while Ian wears too many Homestuck T-shirts to the office and smells a bit like fish, he’s not super wrong about cryptocurrency. The last decade or so has seen an incredible boost in crypto’s profile, and along with that a wave of new currencies for people to mine (i.e. verifying crypto transactions through blockchain software).

Sure, everyone knows Bitcoin, but what other cryptocurrencies are out there? In 2018, a plethora of other cryptocurrencies have arrived, many of which have developed substantial user bases and no shortage of monetary value. If you’re looking to start mining cryptocurrency, you’ll want to keep a close eye on which ones are on the upswing and steer clear of those flash in the pan memecoins and dogecoins.

We’ve been keeping a close eye on which cryptocurrencies we’re most excited about in 2018; to help you decide which one(s) you want to start mining, we’ve put together a handy guide to the best cryptocurrencies to mine in 2018.

Blockchain and cryptocurrency run on consensus and decentralization: instead of one overarching system determining the value of a transaction, Bitcoin revolutionized the idea of creating a large general consensus from each of its members on what transactions are worth how much bitcoin.

Because of its popularity and notoriety, Bitcoin arguably has the largest consensus-based cryptocurrency system out there, making it a very popular choice for crypto mining.

However, there are some downsides to mining popular cryptocurrencies – whenever a new coin starts getting more recognized in the overall community, the more rigs are dedicated to mining them. This actually makes it more difficult to mine, as each new rig joins the network; the more miners are interested in a coin, the harder the time you’ll have.

In the case of Bitcoin, its popularity is both its greatest strength and its greatest weakness. As a beginner’s coin, it’s very valuable, and the aforementioned consensus means that it’s relatively stable as coins go. However, lots of other cryptocurrency miners have started mining Bitcoin long before you, so in a way, you’ll be fighting for scraps.

(If you do want to keep track of Bitcoin’s ever-changing value, check out this Bitcoin price chart, which updates in real time.)

Zcash is a smaller cryptocurrency, but it’s a promising entry to the scene that shows a lot of potentials. Headed by founder and CEO Zooko Wilcox-O’Hearn, Zcash was launched in 2016 as a decentralized, open-source cryptocurrency.

Zcash’s major claim to fame is to be the HTTPS to Bitcoin’s HTTP; Zcash works to keep transactions transparent just like Bitcoin, but that transparency is private and highly selective. This adds an extra level of security to these transactions – while blockchains still record and publish transaction data, they don’t include sender/recipient/amount data.

Zcash also lets people have the option to ‘shield’ their transactions, letting you encrypt your content with zero-knowledge proof constructions or other advanced cryptographic techniques. Zcash has its own brand of the former, which they call a zk-SNARK.

Overall, Zcash is the best cryptocurrency to mine in 2018 if you want to invest in a coin that values a bit more privacy compared to the extreme openness and transparency of other, bigger coins. While decentralization is an important value to cryptocurrency, coins like Zcash provide a great alternative to putting all your transaction info out in the open.

If you’re looking to start mining Zcash, two of the best mining pools are Flypool (for the highest profitability) and Nanopool (for the best service).

Originally known as Darkcoin, Dash is very similar to Bitcoin but places a greater focus on secrecy. Dash miners and users enjoy greater anonymity through its decentralized master code network, which effectively makes it impossible to trace transactions.

One of Dash’s most innovative ideas is the introduction of the X11 algorithm, a composite function of a number of hashing algorithms

In just a few short years, Dash has reached a surprisingly large fanbase, likely due to its aforementioned emphasis on security and secrecy. This makes it perfect for mining; it’s stable, established, but not yet broken through into the mainstream.

Today, Dash has a market capitalization of $4.8 billion and handles almost $100 million worth of transactions on a daily basis. It’s small, but mighty, and has a tremendous hold on the cryptocurrency community.

If you want to start mining Dash, some of the biggest mining pools out there are Zpool, Supernova, MinerGate, Coinfoundry, and via BTC. You can use ASIC Miner Hardware to mine, or use your GPU or CPU. Bear in mind, though, that this kind of mining is not really cost effective anymore; it’s best to just stick to ASIC mining or follow the coin’s Reddit community to keep informed.

Since Bitcoin is the big coin on campus, and therefore hogs all the attention, it may do you well to focus on a more obscure coin to maximize the value of your mining. Litecoin is a peer-to-peer online currency that allows for global payments at no cost, performed instantly.

Litecoin is a bit smaller in stature than Bitcoin but enjoys a lot of complementary success, as well as no small amount of respect in the cryptocurrency industry. It’s tremendously liquid, and has high trade volumes, meaning it’s not likely to go away any time soon.

Compared to Bitcoin, its smaller size allows for some distinct advantages: transaction confirmation times are much faster, and storage efficiency is much better. Rather than using Bitcoin’s SHA-256 function, Litecoin makes use of the Scrypt has the function used by another early altcoin, Tenebrix, offering a different kind of cryptocurrency that still enjoys robust industry support.

If you want to start mining Litecoin, some of the biggest mining pools out there are Litecoin Pool, Antpool, and LTC.top; those are great places to get started. Litecoin also features a downloadable client (Litecoin Core) on which you can store your LTC.

If cryptocurrency mining gets you the most value for jumping onto smaller coins earlier in their lifespan, Ethereum might be a good place to start. An open-source, blockchain-based OS and computing platform, Ethereum is public, secure, and in the early stages of its lifespan.

Proposed by Vitalik Buterin, Ethereum started around 2015 with a brief run of around 12 million pre-mined coins, only to see a huge spike in popularity over the past year. In 2017, the coin increased its value by 13,000%, making it clearly a coin on the rise.

Though it’s only been around for a couple of years, Ethereum has enjoyed a tremendous amount of success – right now, Ethereum is the second priciest crypto coin on the market. While it’s incredibly difficult to mine, this also means that there’s a greater likelihood of profitability – not as many people will be doing it, so you can reap the benefits with the right mining rig.

Ethereum runs on a modified version of Nakamoto-style consensus, using transaction-based state transitions to track value and keep records. With the SHA-3 hash algorithm, Ethereum miners typically mine the coin using AMD and Nvidia cards; popular pools for Ethereum include 2Miners, Ethpool and Ethermine. For GPU mining, it’s best to use Ethminer.

While Bitcoin enjoys great popularity, it’s too established to give you the kind of profitability you want right away. However, Ethereum is perfectly positioned in 2018 to start mining, allowing you to get on the ground floor of a rapidly rising cryptocurrency. For that reason, we think it’s the best cryptocurrency to mine in 2018.