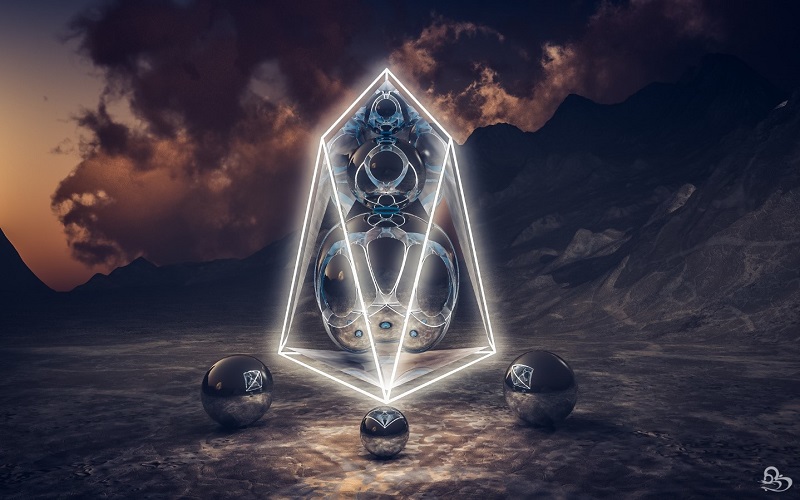 EOS is a project who has drawn much attention to itself lately. In part because of the recent sudden increase in the value of its native token and its Weiss rating.

In this article, we will analyze the potential of the EOS project and its probable future. It is my personal opinion that this cryptocurrency is a serious contender for the title of “Most promising DAPP/smart contracts platform”.

EOS is a project belonging to the same category as Ethereum (platform for DAPP and smart contracts) but substantially different. In fact, EOS seems to have two main objectives that it seeks to achieve through its development: Scalability and ease of use.

Scalability is the term used to refer to the number of transactions a blockchain is able to handle in a given period of time. A blockchain that can handle a large transaction load per second without any problems is called “scalable”. EOS faces this challenge mainly through two implementations: DPOS and interoperability between blockchains (achieved with the Dawn 3.0 upgrade).

DPOS, Distributed Proof Of Stake, is the consensus algorithm of EOS (Steemit and BitShares use the same algorithm, after all, they had the same technical director, Dan Larimer). This algorithm sacrifices a certain amount of decentralization for a big advantage in terms of scalability. In fact, in the worst-case scenario, it is estimated that a single native EOS blockchain will reach 1000 transactions per second. But, in reality, it is to be expected that these will initially be around 3000 and then increase as the protocol is updated. For comparison, Ethereum handles about 20 per second, Bitcoin mind about 7.

The price of this is that only the 21 so-called block producers can validate the blocks, which substantially reduces decentralization. This is not the most resilient or incensurable blockchain, but it is the most suitable for mainstream use on a large scale. In fact, unlike what many believe, EOS will not “kill” Ethereum. Of course, as I previously suggested, it will probably get a good slice of its market. But Ethereum will continue to have its own niche. In particular, ETH will thrive where immutability, security, and decentralization are of utmost importance.

The blocks on the EOS network are also generated every half second. This means that transactions will always be confirmed within a few seconds if not just one. On the Ethereum network, an average transaction on press time takes about a minute and a half to be confirmed with one block added to the blockchain every 10-19 seconds based on network congestion. The Bitcoin blockchain instead takes on average just under an hour and a half to confirm a transaction with a block added every 10 minutes.

The other, even more noteworthy, way in which EOS seeks to increase its scalability is communication between blockchains. This allows, according to the reports, two or more blockchains to communicate (and collaborate to manage a greater load than single chain could). Particularly noteworthy is the statement that this standard is as secure as are interactions between smart contracts on a single chain.

This means that a transaction on one chain becomes automatically available on another. The only disadvantage is that this becomes visible only after this transaction has been confirmed on the other chain (that should happen in under 3 seconds). This feature of EOS is the basis of the statement that EOS can handle unlimited transactions per second.

Another not to be underestimated feature of EOS is how much attention has been dedicated to making it easy to use. The system includes features such as humanly comprehensible addresses, password recovery systems or the lack of transaction fees (which allows you to interact with DAPPs without owning tokens). These, together with its speed, make it possible to interact with the blockchain without even knowing that what you are using is not just a normal website.

To understand what is described, just look at steemit. This social/blogging platform, although it has some peculiar features, doesn’t seem to have a blockchain and some tokens at its base at all. This is the kind of DAPPs that are going to be hosted on EOS.

Airdrop has become now a typical buzzword that we hear in the blockchain industry with the intention of attracting attention. This term simply refers to the free distribution of tokens. Often this is done in order to draw attention to the project, for example by giving tokens to those who have participated in other ICOs, so that they look for the project from which they derive. Other times just to trigger network effects. But in the EOS ecosystem, Airdrops have a different motivation, which is why I have said in the past that this may be the best investment in the long term.

“What’s the reason?” is the question that spontaneously arises in the mind of any person with common sense. This is because everyone knows that you should never expect anything for free. The answer to this question brings us to our attention something that is actually even better news.

Block.one has raised several billion dollars so far through the EOS ICO. These funds are intended to finance projects for which there will never be an ICO. In fact, more funds have already been announced for this purpose, including the USD 100 million joint venture between Block.one and the German Fintech incubator FinLab AG.

Projects financed by these funds, collected during the ICO, do not, therefore, need to finance themselves by selling their tokens. Their tokens are then distributed free of charge (hence as an airdrop) to all holders of EOS tokens. This means that investing in EOS is investing in a whole ecosystem in a much more direct way than investing in other similar projects (e.g. NEO or ETH). An analogy would be to buy ETH and consequently, in the coming months, receiving also the tokens of all the major projects realized on the platform for free.

The EOS page on Coinmarketcap indicates that, with a total market capitalization of 10,590,855,420 dollars, this token is the fifth cryptocurrency by market cap. In fact, the latter has recently surpassed Litecoin (LTC) which has a market capital of 6,596,457,497 dollars (therefore now just over half that of EOS) at the time of printing. As far as price is concerned, EOS has grown by more than 1800% in less than a year (since July 2017) and then sustained a drop. (The graph renders the image previous to the drop in price.)

The features described above, once tested by real software have attracted a large number of investors. In fact, initially, the product has been subject to countless criticisms due to its ICO, which lasted nearly a year and will end in just a couple of days. But those who believed in the project when most accused it of being a scam enjoyed a low-price entry and substantial gains.

It should be considered that the value of the EOS token at this time is purely speculative. In fact, until the EOS network is launched in three days, the token is completely useless. Ten billion dollars is a very high estimate for a platform still in development. We can, therefore, draw two logical conclusions:

It is a Bubble, But that’s Not an Issue

EOS seems a very good long-term investment. That said, like any investment in this space, it is subject to high risk. The reason for this is that the sector is immersed in a huge speculative bubble. It is not by chance that this is often compared with the dot-com bubble that burst at the beginning of the millennium.

Indeed, just like at the beginning of the millennium it is to be expected that the vast majority of companies in the sector will fail. But that bubble was also a primordial soup in which companies such as Google and Amazon developed, the stocks of which at the time were worth only a fraction of what they are valued nowadays. In the same way, this time too, we can expect that the revolutionary technology such as blockchain, just like the Internet did, will lead to the birth of companies of similar relevance. My opinion is that EOS may be one of them.