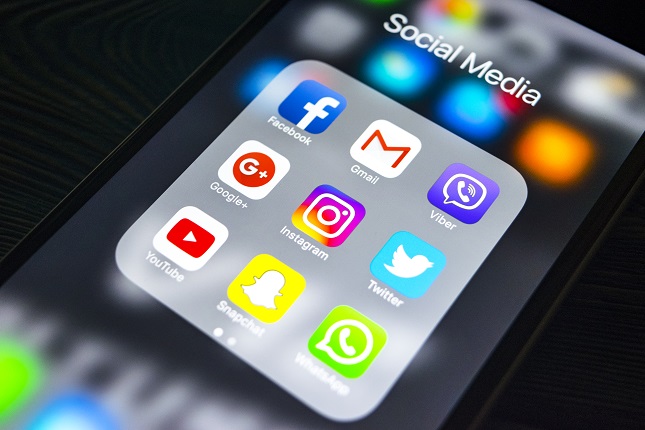 FAANG is the acronym given to the world’s five topmost tech stocks according to market performance and capitalization. These tech giants are Facebook, Apple, Amazon, Netflix, and Alphabet (Google’s parent company).

The term FAANG is an expansion of FANG, the original acronym coined by CNBC’s Jim Cramer in 2013, but which at the time did not include Apple.

What are FAANG stocks?

FAANG stocks refer to the combined stock value of the five companies that are publicly listed on the NASDAQ stock exchange in New York. The companies are so referred because Wall Street sought to capture the impact these companies would have on the overall markets

The tech giants had a phenomenal 2017. The FAANG stock returns for each of the five were 53%, 56%, 46%, 55% and 33% in that order. Comparatively, the stock market NASDAQ had a 28% return. 2018 seems to have started on a high note with experts in agreement that two of the five are definitely a “buy” and the others a “hold”. We will have a look at what the experts are saying in our section on 2018 price outlook and prediction.

In terms of their market capitalization, the companies add up to a total of $2.5 trillion dollars.

When you combine their market value, it came to about $2.5 trillion; a value many believe is roughly 15% of the entire US economy. What’s more interesting is that these five companies have a market capitalization equaling France’s economy.

Apart from their trillion- dollar worth, the spectacular growth of the FAANG companies in 2017 saw prominent investors in the US and elsewhere buy into companies like Facebook and Amazon to increase their own funds.

The FAANGs prominence comes from their growth as seen in their increased year-over-year earnings. It is this growth that has secured the tech giants’ reputation as the best company stocks for investors.

Is FAANG in a bubble?

The FAANG stock market keeps on rising with its super performance for the last 4-5 years, and especially in 2017, being compared to the performance of the tech stocks that preceded the 2000 dotcom bubble burst.

There have been fears before that the tech stocks could be in a massive bubble. In June 2017, CNBC ran a commentary in which Goldman Sachs released a report on the FAANG group with a warning on valuation and concerns that the tech giants’ volatility had by then become extraordinarily too low.

However, Goldman’s report explained that the FAANG stocks have certain advantages over the tech firms in the 2000 dotcom bubble burst. It noted that the stocks of the five companies have a better cash flow, cash balances, and valuation.

Furthermore, analysts note that there is a big difference between today’s tech giants and those of the dotcom era that went burst. For instance, UBS points out those current trends in spheres like social media, e-commerce, cloud computing and machine learning gave the FAANG group a lot more room to wiggle because these are areas that are yet to be fully explored.

However, there are still fears out there that what we are witnessing are signs of a bubble. Alberto Gallo, of Algebris Investments, has a belief that $2.5 trillion tech-titans’ valuation and irrational behavior points out to a possible bubble. In his valuation assessment, he points out the stock pricing and unlimited earnings as bad indicators.

Although extremely loved by investors, the tech giants can’t be considered flawless.

Goldman analysts have noted that if there was low volatility, people would end up underestimating the inherent risks that include cyclical exposure, antitrust concerns or potentially, regulations that targeted online activities. The analysts have said that momentum in the FAANG group has seemingly built a kind of “valuation air pocket” leading to “cause for pause”.

In fact, Gallo ranks FAANG 6th on his list of top 10 bubbles to happen in the near future, meanwhile, Bitcoin bubble is ranked 5th.

More importantly, as the FAANG bears put it, growth stocks markets have been there before.

While many believe this won’t happen, it is noted by many experts that FAANG cannot lead the market forever. In fact, European tech firms just unveiled plans to de-FAANG the dominance of the US tech giants.

Now, compare that with the fast-rising cryptocurrency landscape where altcoins like Ethereum and Litecoin among others, look set to overtake Bitcoin, BTC and the FAANG share one very clear characteristic: they have completely dominated their respective fields. For instance, Bitcoin is the benchmark in the cryptocurrency market, and every one of the more than 1400 crypto coins aims to be better than Bitcoin. Less than 5% of the myriad cryptocurrencies will eventually go on to be big. Analysts have compared the FAANG stocks and how they dominate NASDAQ to what one or two altcoins would do in the crypto technology should Bitcoin burst.

Having said that, it is clear that the tech stocks of the five companies have picked up in 2018 where they left off in 2017. All, except Apple, are in positive territory.

As FAANG stocks keep rising, is it advisable to HODL?

Hodling originated from a 2013 BitcoinTalk thread by a user named GameKyuubi. It basically means you sit tight on your stock even when the market trends indicate otherwise. When a stock value drops, a hodler rides the wave and avoids losing the stack by getting into emotional day trading. FAANG sticks had a remarkable bull run in 2017. Even if the bears are gearing up for the worst, 2018 figures indicate that the stocks are yet to hit ATHs. So, it is a HODL.

2017 is behind us and the big question right now is where these companies will go in 2018 and beyond. Already, indications are that FAANG is off to a great start in 2018. Analysts had put valuations for the S&P 500 Index at 18.5 to 19.0 times as the expectation in per-share earnings. However, it is important for the investor to note that analysts are a bit cautious when calling the FAANG predictions. It is anticipated that the uptrend will be slow, but will surely pick up over time.

Apple is the biggest of the five FAANG. Apple’s stock is trading at a modest 15 forward price-to-earnings multiple against this year’s expected earnings. Apple has a trailing price-to-earnings multiple of roughly 19. Market analysts are saying that they expect Apple to actually return 6.90% to investors for the year. There is also a prediction for there to be a return of 1.45% in the form of dividends, so that comes to roughly 8.35% for the year.

For Facebook, the stock trade is put at a 28 forward P/E multiply projected earnings for 2018. Furthermore, analysts give it a trailing price-to-earnings multiple of 36. In terms of the price targets, industry experts have a consensus $210.79 as its price target.

Analysts are also looking at Facebook returning 12% to investors by close of the year.

Facebook’s 52-week trade range is put at $ 124.84 to $ 188.90 and that the social media giant has a market capitalization of $546 billion that is expected to grow. At the moment, Facebook is ranked 5th on the S&P 500 Index. Except for something unforeseen, Facebook’s growth is expected to have an uptrend in 2018.

Netflix is the smallest company of the big five. Netflix’s stocks are trading with a 93 forward price-to-earnings multiple against its 2018 expected earnings. The company has a trailing price-to-earnings (P/E) multiple of 212. Stock market analysts are giving a prediction of Netflix returning about 2 percent to investors in 2018. This figure is based on the targeted consensus price of $217.70.

Amazon’s stock is trading with a 156 forward price-to-earnings multiple against the 2018 market expected earnings. Market analysts have given it a trailing price-to-earnings multiple of about 320. With its robust business strategy, experts have called that Amazon will yield a 4% return on investments for its investors in 2018.this is based on the target of $1,300.87.

The company is ranked 2nd on the S&P 500 Index. The company has two stock listings on the market; GOOG and GOOGL. Alphabet’s GOOGL stock is trading with a projected 26 forward price-to-earnings (P/E) multiple against its 2018 expected earnings.

Analysts predict a trailing price-to-earnings multiple of about 37. As such, experts are calling for Google (Alphabet) to break even during 2018’s trading period. The predictions are based on a target of $1,100.86.

When we look at the yearly trading range, Alphabet has a 52-week range with a target of $790.52 to $1,111.27 The Ad giant has a market capitalization of $769 billion, which is expected to grow when the company rolls out its self-driving cars.

There is a lot that suggests that FAANG may see another bull run in 2018. Experts believe all five are yet to achieve their “ATH”. So, if you are looking to sell, now would not be the best time to do so.