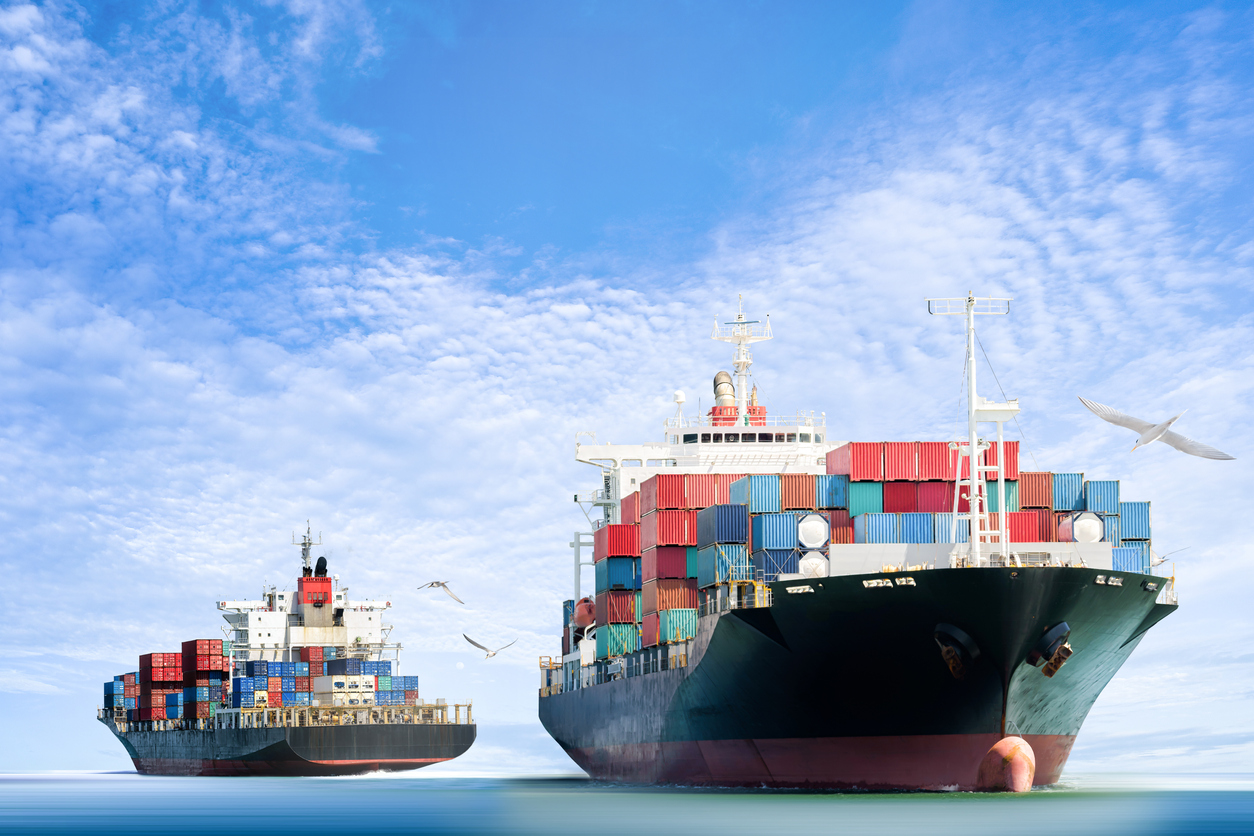 Is the US still the world’s leading superpower?

While the strong global economic growth of the late 19th and early 20th centuries was driven in part by the two first phases of industrialization and the transport revolution in Western Europe, successive wars on the old continent have weakened growth and European countries. Since then, globalization has given a boost to global growth, while propelling the United States to global superpower status.

Globalization is all about commercial interaction between different parts of the world. These flows can be exchanges of goods, capital, services, people or information. This was all made possible by the improvement of the means of communication (NICT), the containerization revolution, the very low cost of maritime transport, the increasing liberalization of trade (GATT and then WTO in 1995) and the deregulation of financial flows between countries.

Since the 1990s, globalization has accelerated, with the fall of the USSR, the rise of the Internet, the creation of the World Trade Organization (WTO, 1995) and regional free trade agreements such as NAFTA all contributing to this acceleration.

In 1945, the US held ⅔ of the world’s gold stock and accounted for 50% of global production. The new world economic order was organized by the US (IMF and IBRD in Bretton Woods in 1944, GATT in 1947), and their currency – the American dollar, or USD – became the currency of international trade. Wall Street in New York became the economic and financial heart of the world.

What made the United States a unique superpower?

The American democratic, capitalist and liberal model, as well as the American way of life, spread to the non-communist world, with the Marshall Plan (1947) and the development of multinational companies.

By the end of the 20th century, the emergence of mass media and the Internet revolution gave Americans the opportunity to influence the entire world even more.

With the development of mass consumption that began in the 1950s, many American products arrived on other markets. Some products are now an integral part of the lives of many Europeans, Asians and South Americans, such as the Visa card, sportswear such as Nike, soft drinks such as Coca-Cola, fast food such as McDonald’s, as well as American music, cinema, universities, etc.

This undeniable cultural influence, called “soft power”, is a huge source of influence for the US across the world. This “soft power” indirectly influences and positively shapes the view of the USA in the eyes of other countries. This power makes adoption of the American point of view much more palatable to other countries, all without the need for force or threat.

In addition to “soft power”, there is also “hard power”, characterized by economic hegemony, technological progress (information technology, nuclear, space conquest) and first-rate military and diplomatic power, which make it possible to impose the will and power of the United States on the rest of the world by force or intimidation.

The American system arouses as much wonder as questions/criticism in regards to their management of the social crisis and poverty, political extremism, weak environmental protection measures, etc. It could be argued that American influence has declined in recent years, although the country remains a first-rate power that dominates many sectors of activity.

First of all, we can see heightened criticism of the American hegemony, even if anti-Americanism is not exactly a new phenomenon. Several countries (Russia and China foremost among them) and political currents reject the American model, while US involvement in foreign wars are subject to the harshest criticism.

The United States is also experiencing an increasing number of economic competitors, such as from the European Union and the BRICS countries (Brazil, Russia, India, China and South Africa). The subprime crisis in 2007 also eroded the power of the US, both immediately following the crisis, and in the years since.

China became the world’s leading economic power ahead of the United States in 2014, after 142 years of “American rule” according to IMF figures. The increased debt burden and evidence of the United States’ dependence on foreign capital (particularly Chinese capital) is also a factor that challenges US supremacy.

How has the election of Trump altered the future of globalization?

The surprise election of Donald Trump as the 45th American president invites a re-evaluation of the future of the global economic order. Movement of goods, money, and people across international borders have all certainly changed since Trump’s election, as “resistance to globalization” was one of his prominent policy themes during his election campaign, with particular emphasis on the US-China relationship.

China and the United States have an extensive – but tense – economic partnership, often triggering periods of conflict, such as the current situation. Trade tensions have significantly increased since 2018, when Trump first sought to limit Chinese economic influence with tariffs.

Trump’s plan to reduce his country’s dependence on China focuses on increasing taxes on their imported products, so American products are favored locally and purchased instead. Of course, China reacted by increasing taxes on American imported products. These trade tensions and tariffs could cut global output by 0.5% in 2020, according to the IMF. Consequently, the organization cut its global growth forecast.

”There are growing concerns over the impact of the current trade tensions. The risk is that the most recent US-China tariffs could further reduce investment, productivity, and growth,” said IMF chair Christine Lagarde.

Trump’s wish to implement US protectionist policies will have one important consequence for the country: as the USA turns inward on worldwide economic integration, this will certainly have an impact on global stocks and flows. Knock-on effects to this policy, such as retaliation from countries like China, canceled contracts with American companies and suppliers, and countries that seek to imitate Trump’s anti-globalization agenda (like Greece and Hungary), may also all lead to significant consequences for the global economy.

What consequences on the global economy can be expected if the trade war escalates?

As noted by the European Central Bank in its analysis on Implications of rising trade tensions for the global economy, the impact of an escalation of trade tensions could be felt in different ways.

”In the case of a generalized global increase in tariffs, higher import prices could increase firms’ production costs and reduce households’ purchasing power, particularly if domestic and imported goods cannot be substituted for each other easily. This could affect consumption, investment and employment. Moreover, an escalation of trade tensions would fuel economic uncertainty, leading consumers to delay expenditure and businesses to postpone investment,” declared the ECB.

How to take advantage of the changes in our interconnected global economy?

It’s worth mentioning that ”through close financial linkages, heightened uncertainty could spill over more broadly, adding to volatility in global financial markets”, which can create great trading opportunities for investors.

Thankfully, there are plenty of available instruments that can turn a profit in any market condition. You can short an Index, diversify into a new, more promising, geography or just bet on volatility. The main things to watch for when seeking such exposure is that your broker is regulated and the scope of instruments it can provide. It doesn’t hurt when a broker has a robust, efficient and reliable trading platform, such as Multibank Group.

Times of great uncertainty breed great opportunities, investors and traders can make the most of the potential changes in the world order by focusing on the most promising region, or business sector.

The United States remains one of the world’s largest economies. It is a major power that excels in many areas, with an influence that is exercised both with hard power (economic, military and diplomatic power) and soft power (cultural influence).

However, the country faces many challenges, challenges that threaten to erode its role as a superpower, such as the emergence of significant economic competition from other countries, and their recent policy shift to economic isolationism.

Highly integrated into globalization, the recent decisions of the United States regarding greater protectionism, and the hard retreat from globalization wanted by Trump, affect the world economic order and global trade flows.

The current global climate is well encapsulated by Harvard Business Review – ”the myth of a borderless world has come crashing down. Traditional pillars of open markets – the United States and the UK – are wobbling, and China is positioning itself as globalization’s staunchest defender”…

This article is brought to you by the courtesy of Multibank Group.