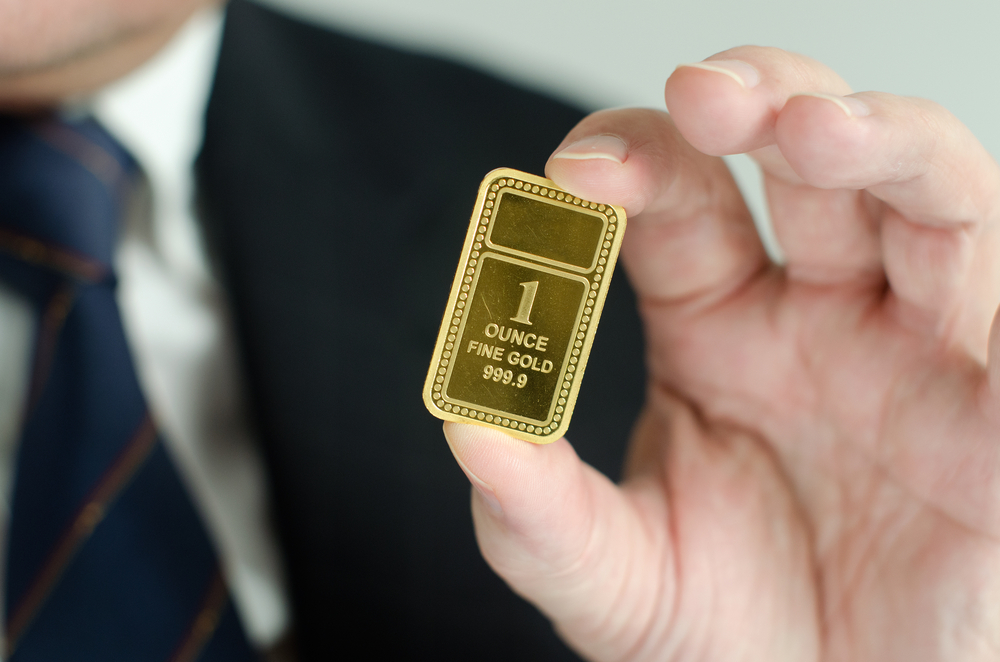 Professional money managers use several technical, fundamental, and sentiment indicators to determine the future direction of gold prices. The Metal is both precious and industrial and is viewed as both a commodity and a currency. The yellow metal, as it is often referred to as, is generally quoted in US dollars and trades both as an exchange-traded instrument as well as over the counter.

How Do Professionals Trade Gold?

Gold is considered a safe-haven asset that appreciates in value when investors are looking for an alternative to other currencies that are depreciating. When interest rates are declining around the world, the demand for a currency that will sustain its value provides a backdrop for rising gold prices. Gold is traded in the cash, futures, and forward markets.

Gold has a forward interest rate, like dollar rates or Euribor rates. This interest rate called the GOFO rate increases relative to the US dollar when gold demand rises. Officially, the Gold Forward Offer Rate, or GOFO, is the interest rate at which contributors are prepared to lend gold on a swap against US dollars, they can use gold as collateral and potentially pay a much smaller rate of interest to borrow the cash than otherwise.

Cash, futures, and forward traders will evaluate three dimensions that provide them with a view of the gold market. These include the technicals, the fundamental backdrop, and sentiment.

Technical Analysis of the Gold Market

Professional gold investors attempt to analyze the long-term trend in gold prices by evaluating a weekly chart. Gold prices trend and trade sideways like other capital market instruments. By using different tools you can determine if the price is likely to trend or remain in a range.

Weekly continuous gold futures prices in August 2021are trading sideways to lower based on its position relative to the 50 and 10 Weekly Moving Averages.

Momentum is confirming this assessment as the MACD (moving average convergence divergence) index is generating a crossover sell signal, while the relatively tight distance between the moving averages suggest nearly flat momentum. The indicator is also suggesting momentum may be getting ready to accelerate.

The MACD is a very useful momentum index that uses moving average to generate a crossover signal that describes when positive as well as negative momentum is accelerating.

An often used momentum indicator is the Relative Strength Index (RSI). This momentum oscillator describes whether prices are accelerating relative to the last 14-periods.

After peaking during the week-ending August 7, 2020, the RSI has been trending lower. With a reading of 70 the high threshold and a reading of 30 the low threshold, the current reading of 47.56 indicates nearly flat momentum with a slight bias to the downside. Bullish gold traders are now waiting for the market to cross over to the strong side of the 50 level. This will give them an early jump on a shift in momentum to higher.

The key to using the RSI is to look at prior highs to determine how far momentum has accelerated in the past. The weekly RSI has hit levels of 82, 77 and 75 in the past, which means that positive momentum can still accelerate over the upper threshold at 70 as gold prices break out.

There are several ways to determine market sentiment within the gold market. One of the best indicators is using the Commitment of Trader’s report released by the Commodity Futures Trading Commission (CFTC). This report helps traders understand market dynamics.

The COT reports show position data that is reported by category. This information is reported to the CFTC by brokers and clearing members. While the actual reason that a trader has a position is not reported, experts make certain assumptions that provide information about those positions.

Positions are reported by category. For gold futures and options, the categories include swap dealers, managed money, and other reportables. Swap dealers include banks and investment banks as well as industry-specific merchandisers. Managed money includes hedge funds, pensions funds, and mutual funds. Other reportables is retail trade.

The CFTC staff does not know specific reasons for specific positions and hence this information does not factor in determining trader classifications. For example, the CFTC does not know if a swap dealer is taking a speculative position or hedging risk. What experts need to evaluate is why positions are increasing or decreasing.

Professional traders generally assume that all the swap dealer positions reflect hedges from deals transacted with gold producers and refiners. Those positions are offset with speculative positions taken by managed money.

The two most important gold fundamental indicators are the direction of US Treasury yields and whether the US dollar is likely to rise or fall.

Higher Treasury yields or interest rates raise the opportunity cost of holding non-interest-bearing gold. In another way to look at it, since gold doesn’t pay interest or a dividend to hold it, rising or high interest rates make gold a less attractive investment. When interest rates fell to near zero as they did in 2020 – 2021, gold became a more desired asset.

Since gold is priced in US dollars, when the dollar rises, it makes gold more expensive to holders of foreign currencies. This means gold prices need to fall to accommodate the higher cost of purchasing it in dollars. The reverse is true when the dollar declines.

A third fundamental factor to watch is consumer inflation. Gold is viewed as a hedge against inflation, which can be caused by massive stimulus measures. When inflation is on the rise, gold prices will offset increases in a basket of goods or services.

Gold prices fluctuate weekly, and over the long term either trade within a trend or consolidate. There are several technical indicators, such as the MACD, RSI, and Moving averages that can help you determine the future direction of gold prices.

In addition, professional traders use a combination of technical analysis, sentiment analysis, and fundamental analysis to determine the future price of gold.

Sentiment analysis can include the Commitment of Traders report released weekly by the CFTC.

Additionally, professional investors will track the direction of Treasury yields and the value of the US dollar, which are the driving forces behind the value of gold.