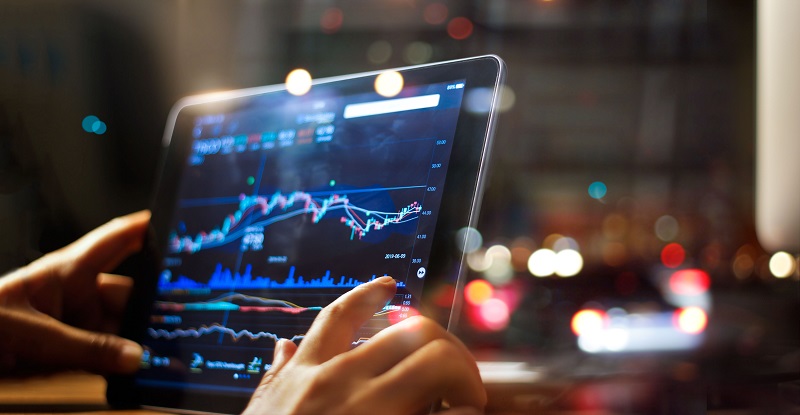 The reason why they differ comes from the way they are calculated. An SMA, for instance, averages the closing price of the previous periods to calculate a value corresponding to the current price.

For any moving average, the more extended the period considered, the flatter the line will become.

Conversely, when it sits below the moving average, the market is bearish, and traders sell the spikes.

The EURUSD daily chart above shows the MA(50) splitting the price into bullish and bearish conditions. While the price remains below the blue line, traders look to sell the spikes. A move back above it translates in bullish conditions.

The Concept of Golden and Death Crosses

In time, traders started using multiple moving averages on the same chart. The idea is to combine their periods in such a way to obtain bullish and bearish signals.

And so did the concept of a golden and death cross appear. It uses two SMA’s:

As the name suggests, a golden cross shows bullish conditions. When the SMA(50) crosses above the SMA(200), the market becomes bullish, and traders will look to buy into support.

Support, on the other hand, comes at two levels: on the SMA(50), but also a stronger one on the SMA(200). Apparently, support and resistance depending on the timeframe the two averages are plotted too.

A death cross appears when the SMA(50) moves below the SMA(200). The price shows bearish conditions and will meet resistance every time it spikes into the SMA(50) or SMA(200).

As a rule of thumb, for as long as the moving averages remain aligned, the trending conditions will persist.

The advantage of trading with golden and death crosses is that traders can quickly follow the trend. Moreover, knowing the general direction, they will buy the dips after a golden cross and sell the spikes after a death one.

Trading with golden and death crosses is one of the most straightforward technical analysis concepts. The beauty part of it is that it works on all timeframes and on all currency pairs.

Naturally, the bigger the timeframe, the stronger the implications for the market. Ignoring a golden or death cross comes at the trader’s expense.