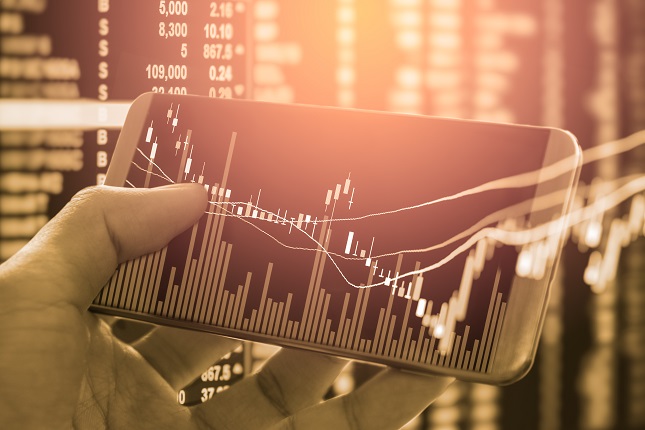 When you Read fundamental articles or news, you may see something like “if the US CPI data is greater than the forecast, the USD will rise”. Is it always as simple as it sounds? Of course not. There are some things you need to know to trade successfully. We will help you to figure it out.

Have you ever heard the phrase “buy the rumor, sell the fact”? It’s a common phrase in the trading world as “trend is your friend”. The idea is simple: a trader should pay attention to the market’s sentiment and trade in the direction of it. Therefore, if you want to trade on news, you have to understand the market’s mood. If the market sees optimistic perspectives for a currency, its price will rise. If the forecast isn’t encouraging, traders will open short positions.

When is the right time to trade on news?

Here we should mention one important thing: the market’s sentiment is built ahead of the news releases. Reading something like “if the data improves, the currency will appreciate”, you may think that it is worth waiting until the news is out and open a position. However, it may be a big mistake. It’s often worth opening a position a day before the release. That’s why you need to catch the market’s sentiment.

But how is it possible? Well, the thing is that the market is built from billions of traders. They make a decision to buy or sell, to invest or to get out of trading according to their expectations of what will happen further with the price. The goal is to buy low and sell high. In simple terms, if everyone expects a good news release in Europe, they will buy the euro ahead of the release when it’s still cheap hoping to sell it at the higher price after the positive event. It sounds logical, doesn’t it?

So what should you do? The solution is simple: you need to pay attention to fundamental analysis. If we talk about economic data, you should check the economic calendar and look at forecasts. If you see that the forecast is greater than the previous data, consider buying the currency. Vice versa, in case of the negative forecast, think about selling the currency. Check H1 timeframes and see whether there are any short-term trends in line with the economic forecasts listed in the calendar. If such a trend exists, you can trade ahead of the actual event. This way you will trade on market’s sentiment.

If you trade ahead of the event, it’s wiser to close positions before the actual release for 2 reasons. Firstly, if the release is just as expected, traders may “sell the fact” or, in other words, close positions they have opened ahead of the news. The massive profit taking can lead the exchange rate down even if the release is positive. This may occur when the release was already priced in (the news is already incorporated in price, so the asset doesn’t react to the decision).

You may see a lot of examples with the central banks’ meetings. If the market anticipates a rate hike, the currency moves up before the central bank will announce its decision. As the decision was already priced in, there is a high possibility that the currency will decline after the release, as those traders who anticipated the rate hike will start selling.

Secondly, the economic indicator can always disappoint. As a result, traders who already made bets on a good result will rapidly sell and the price will plummet. If you trade before the event, you won’t have to deal with these risks.

The same considerations make it risky to enter the market right after the news release as markets can be volatile and move not the way you would expect them to.

Remember that you can always read analytics on the fbs.com. Our specialists are doing their best to gather the fullest information about the world’s economies so that you could make a good judgment that would lead to a profitable trade.

Let’s consider examples. The non-farm payrolls data (one of the most influential statistic indicators) has a great impact on the USD. On August 3, 2018, the NFP data was released. The forecast was negative, and the actual data appeared to be even worse than the forecast. As a result, the 3-day rise was stopped. The USD lost some point that day and the next day continued rising.

The Bank of England raised the interest rate on August 2 but it didn’t support the GBP. Moreover, after the release, the GBP/USD pair plunged. First of all, the market already anticipated the rate hike. Secondly, it’s important to tell about another important factor that should be taken into consideration. Waiting for the news releases, you should check the market’s sentiment in general. Such important news as an escalation of trade wars, the Brexit deal may affect the price more than the release of the economic data. That’s why the British pound didn’t rise before the announcement and even fell after the release.

If you want to learn how to boost your profit on the news, you should follow these rules:

Making a conclusion, we can say that the most important things every trader should remember trading on news releases are to catch the market sentiment and trade ahead of the release.