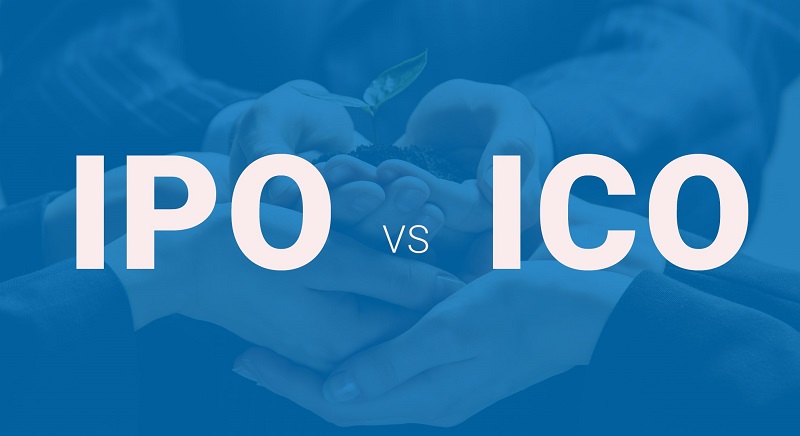 What is an ICO?

ICO is an acronym for Initial Coin Offering and refers to the creation and sale of digital tokens. In this case, a person or a business may create a set number of tokens, like stock shares, and then sell them to early investors in a bid to raise capital to finance a given project.

What happens in most cases is that projects create a certain amount of digital token and then try to sell them to the public in exchange for other cryptocurrencies such as Bitcoin or ether. For people that participate in ICOs the ability to take advantage of the benefits of the new tokens such as being able to use them to access a new service is lucrative as they can achieve two purposes:  a speculative investment as well as the token’s services.

People are also likely to buy new tokens in an ICO in anticipation of their value rising depending on the value of the underlying project they are being used to finance. Tokens of projects with vast prospects of success are usually listed on exchanges where initial buyers can sell their holdings, and new buyers can join the project.

To participate in an ICO one must register on the website of the firm offering the ICO by essentially adding an email address in a process known as ‘getting whitelisted.’ Once an email is registered, companies usually send Know your Customer KYC or Anti Money Laundering forms as part of the identification process.

What is a DAICO?

A DAICO, on the other hand, is an improvement of an Initial Coin Offering and incorporates certain aspects of a Decentralized Autonomous Organization. The idea about DAICO was first suggested in January 2018, in response to growing cases of fraud around ICOs

DAICO’s are designed to make ICOs look more secure by allowing investors to participate in the initial process of project development. DAICOs allow investors and token holders to vote for a refund on invested funds, whenever they’re not happy with project developers and the progress being made.

A DAICO operates by first, a development team publishing a smart contract that is used to raise funds. The contract comes with a feature that allows investors to send money to the project in exchange for network specific coins. The sale can be capped or uncapped.

ICO vs. DAICO: The Differences

While both ICO and DAICO provide a way for projects to raise funds through token sale, they also differ a great deal.

With DAICOs, contributors or token holders have more say and influence on the direction of a project. This is made possible by the fact that they are part of the project, right from the initial stage, unlike ICOs that are typically used to raise funds for projects that have already started.

DAICOs provides a framework in which developers of a project cannot use funds as they wish. All decisions, in this case, are decentralized. There is a predetermined way of how funds from a token sale are withdrawn and used to finance various project development stages.

The same cannot be said about ICOs where project developers have full control of funds collected and can decide to use them as they find it fit.

Once funds are raised with an ICO model, they cannot be refunded to investors or token holders even on a project stalling or getting terminated along the way. However, with DAICO there is a provision that allows investors to get a refund in case a project is terminated or stalls.

Investors in DAICOs are entitled to a vote where they can decide the fate of remaining funds if they don’t wish to proceed with the project.

Once a team raises millions of dollars with an ICO, there is nothing to stop it from going on a go slow on the development of a project. However, with DAICOs, it is common for teams to remain motivated in a bid to bring a project to fruition, given the predetermined phases of development as well as how funds are to be used.

DAICO: The New Evolution of Fundraising

DAICO is the new evolution of fundraising in the cryptocurrency space because investors can control how project developers interact with funds collected. This aspect is expected to improve the ICO space that has been shrouded in concerns amidst growing cases of fraud and scams.

This mode of raising funds also acts as a deterrent to cybercriminals looking to take advantage of a lack of regulations within the ICO market, to steal from unsuspecting investors. The fact that investors have the power to dissolve a DAICO if they are not happy with the progress of a project also makes it a preferred method for investing, compared to ICOs.

DAICOs are expected to keep project developers on their toes when it comes to the development of projects as laxity of anyway, could lead to the dissolution of the entire project altogether. DAICO developers are thus expected to continue hitting their targets in a bid to stay operational.  This feature is not readily available with ICOs.

DAICOs could soon become the standard in digital fundraising given that they have the potential to introduce a level of accountability that lacks with ICOs. DAICOs are also expected to ensure that only worthy projects get listed and get to raise the much-needed finances.