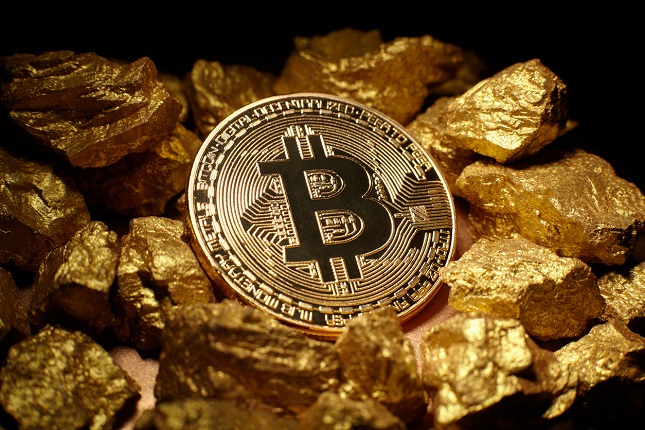 The cryptoworld will have only just brushed the dust off the last Bitcoin fork, back at the start of August, ahead of which Bitcoin fell to sub-$2,000 levels from a June high of $2,976.41.

We had heard plenty of speculation over possible outcomes, the worst case scenario has been Bitcoin’s collapse, with talk of Bitcoin holders seeing their Bitcoin value fall to zero sending jitters through the cryptoworld.

Things have certainly calmed since the fork, with Bitcoin surging to a September high $4,909.11, before some easing following China’s decision to shut down Bitcoin exchanges and ban initial coin offerings.

So, while many will have been looking ahead to the much talked about November SegWit2x fork, where another split is anticipated, which could result in 3 versions of Bitcoin, few have discussed or focused on this month’s Bitcoin Gold fork, which is scheduled to be implemented on 25th October.

So why yet another fork? The Bitcoin community is looking to completely decentralize the Bitcoin network that continues to be monopolized by the mining industry and a few miners within the mining community, who have the majority of the hash power at present.

Bitcoin Gold is scheduled for release through this month’s fork in a bid to change Bitcoin’s consensus algorithm, allowing miners to mine Bitcoin with GPUs.

As with Bitcoin Cash this summer, Bitcoin Gold will also be a hard fork, with the new tokens expected to launch on 25th October before being open to exchanges from 1st November.

Making it possible to mine with GPUs (Graphic Processing Units) is expected to allow more participants to mine, taking away some of the hash power from the bigger miners who have largely cornered the Bitcoin market.

The new BTG token is planned to be sold at 10BTG to 1 BTC and while there are plans for a Bitcoin Gold initial coin offering, dates have yet to be announced and as with Bitcoin Cash, each Bitcoin user, at the time of the fork, will have an equal amount of Bitcoin Gold associated with their private key.

What is Bitcoin Gold Fork?

On 25th October, Bitcoin is going to see another hard fork implemented that will result in a new cryptocurrency named Bitcoin Gold (BTG). As we saw with Bitcoin Cash in the summer, existing private keys holding Bitcoin balances will receive the same amount in Bitcoin Gold on 1st November, though as things stand, it may be a number of weeks before Bitcoin Gold will be tradable.

Developers, miners and a number of key contributors including Jack Liao, the CEO of Hong Kong mining manufacturer LightningAsic, are behind Bitcoin Gold, with other parties involved including Chinese mining tycoon and owner of Bitcoin news portal Jinse.com and the project’s anonymous lead developer H4x3.

For now, Bitcoin Gold has been characterized as a friendly fork by the development team as Bitcoin Gold considered to be complementary to Bitcoin. The key consideration is to block anticipated upgrades of Bitcoin through hard forks.

H4x3 describes Bitcoin gold as a real blockchain to pilot Bitcoin upgrades. Ultimately, the purpose of Bitcoin Gold is to compete with Bitcoin Cash, Ethereum and GPU coins, by bringing down the current Bitcoin mining monopolies and increasing centralization in order to serve and protect the Bitcoin world.

Supporters of Bitcoin Gold hold the view that the best crypto engineers are working on Core and for this reason, Bitcoin Gold will try to follow Core as much as possible.

The biggest change to the code in Bitcoin Gold is that it uses a different mining algorithm, resistant to ASIC chips, called Equihash. Similar to Ethereum, the use of GPUs will be needed to mine Bitcoin Gold in place of Bitcoin’s current Asics mining machines, which have been blamed for the centralization of Bitcoin.

With Ethereum’s planned switch from Proof of Work mining to Proof of Stake next year, Bitcoin Gold developers’ decision to move away from Bitcoin’s SHA-256 algorithm to the Equihash algorithm is a timely one.

While miners are yet able to test-mine Bitcoin Gold, plans are in place to enable miners to test on a testnet within the next couple of weeks, though there has yet to be the replay protection coding that will protect Bitcoin Gold users from accidentally spending real Bitcoin or Bitcoin Gold, also referred to as a replay attack.

It all certainly sounds friendly enough, if you’re not one of the mining cartels that control much of the Bitcoin hashpower, though there has been some dissatisfaction over news that developers will be the only miners for a period of time after the hard fork.

Despite the talk of hard forks and the possible existence of 4 versions of Bitcoin by the end of the year, Bitcoin’s value has certainly not slumped by any stretch of the imagination, sitting above $4,300 levels with even China’s decision to shut down Bitcoin exchanges and ban ICOs doing little to stall appetite.

The recovery in just a couple of weeks has been a remarkable one and, if there were any suggestions that Bitcoin is a bubble ready to burst, the recovery itself and the market’s ability to shrug off China’s interventions demonstrates quite the opposite, Bitcoin investors in China finding alternative methods to trade.

South Korea’s Financial Supervisory Service decision to ban fundraising through virtual currencies also seemed to do little to Bitcoin’s recovery, which has been fueled by a surge in appetite from Japan, following the Japanese government’s approval of 11 cryptocurrency exchanges, with Japan now touted to become the largest of Bitcoin’s trading hubs.

We would expect this month’s hard fork to have a limited impact on the value of Bitcoin and, while Bitcoin Cash managed to recover from an initial slide following the hard fork in the summer, how Bitcoin Gold fares remains to be seen, but it will boil down to how many different Bitcoin versions the market is likely to accept and whether the intentions of Bitcoin Gold are genuine.

Within the Bitcoin community, there’s been plenty of infighting ahead of November’s planned SegWit2x hard fork, with the battle between the supporters of SegWit2x and core software supporters raging on. A group of core supporters that have created a movement known as NO2x does all it can to repel support for SegWit2x and the NO2x movement has certainly garnered some support from some of Bitcoin’s bigwigs, with one of the leaders of the Bitcoin Gold team, Robert Kuhne, reportedly a member.

Bitcoin Gold could be an attempt by the NO2x movement to merely detract interest from SegWit2 and with that in mind, there are also a number of issues with the Bitcoin Gold project that needs attention, including the fact that the team does not have a testnet of the network created, which prevents miners from testing the system and the project also implements the same per-block difficulty adjustment as Bitcoin in its code, with no signs of an Emergency Difficulty Adjustment (EDA). Also, there is reportedly no replay attack protection through the Bitcoin Gold team which have suggested that the website is under active development at present.

While there are some concerns over the characteristics of Bitcoin Gold, its website lacking in detail, the Fork’s intention of decentralizing a centralized mining industry through the use of GPUs is one that could garner significant support. After all, the ethos of Bitcoin and cryptocurrencies, in general, is decentralization…

H4x3, the anonymous lead developer of Bitcoin Gold, has stated that the purpose of the Bitcoin Gold fork is to encapsulate Satoshi’s one CPU one vote vision, with the current mining domination unacceptable to anyone who understands the importance of decentralization to Bitcoin.

H4x3 added that Bitcoin Gold can be thought of simply as a replication of the Bitcoin protocol and coin distribution that can serve as a backup plan in case the original mining network is destroyed.

Interestingly, H4x3 believes that there has been a significant amount of support for Bitcoin Gold despite a lack of any major marketing. There is an expectation that Ethereum miners may, in fact, switch their GPUs to a Bitcoin Gold pool ahead of Ethereum’s planned shift from proof of work to a new and less popular proof of state system. If it turns out to be true, Bitcoin Gold would likely surpass Bitcoin Cash, though it would be a tall order to rise to the top of the Bitcoin table.

Cash, Gold and What’s Next

With Bitcoin Gold expected to yield yet another version of Bitcoin, the markets will be looking ahead to November and the SegWit2x fork and whether there will be another blockchain split.

There’s plenty hanging on the SegWit2x hard fork and cryptoanalysts have predicted that Bitcoin could hit $6,000 levels by year-end. The forecast dependent upon whether the November hard fork is implemented and how disruptive the fork is to the market.

Bitcoin Gold is expected to be less disruptive than the Bitcoin Cash fork in the summer and the looming SegWit2x fork in November, so while Bitcoin seems to have plenty of support at $4,000, one questions whether Bitcoin has yet to be truly tested as the disagreement between miners and core developers continue to threaten to prize apart Bitcoin.

With SegWit2, the issue of a split comes as there remains disagreement on a proposed increase to the block size. SegWit2 supporters are looking to push through a 2MB increase to the blockchain by way of a user-activated hard fork (UAHF”) that may result in the much talked about the split.

For now, neither the miners nor the core developers have ceded and, until one side decides to compromise, Bitcoin will split, leaving the free market to decide which chain will survive and for now it really is an unknown on what the possible ramifications on Bitcoin will be, over the near-term and longer-term.

Perhaps more interesting is the knock-on effects to other cryptocurrencies. As mentioned earlier in the article, Ethereum miners are looking to move to Bitcoin Gold once the fork has been implemented, which suggests that the value of Ethereum will be under pressure.

Bitcoin could continue to upgrade by way of implementing forks that could see interest in other cryptocurrencies erode.