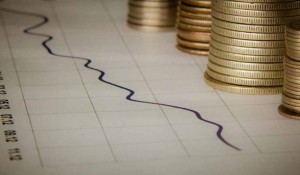 Though most people who attempt to get creative with their finances and investment opportunities understand the basics of financial investment, there are fewer who understand less traditional types of investment. The fact is, there are seemingly infinite numbers of ways to invest, trade, and adapt your money, and the best way to do so effectively is to find something that you truly understand and enjoy. For example, one creative type of investment opportunity that some people enjoy more than basic stock investing is forex trading, which essentially involves exchanging currencies in an attempt to profit. Forex trading is done all over the world every day, and ultimately is somewhat simpler than many other forms of investment. Here are a few words on the basics.

Essentially, forex trading is taking advantage of the different economies around the world, and how their different respective currencies shift in value. Basically, in order to profit, you would exchange your currency for another, and then hold onto that foreign currency until a time came at which it would be profitable to exchange it back. For example, if the dollar to euro value were such that you could purchase 500 euros with 700 dollars, you could make that transaction, resulting in your possession of 500 euros. If then, six months later, the shifts in currency values resulted in your 500 euros being worth 800 dollars, you could exchange them back to dollars, resulting in what would effectively be a $100 profit. Of course, it is never quite as simple as that example, but that outlines the basic concept.

What some people don’t realize is that this same style of trading can be applied to other things, rather than simply to currency dealing. For example, some people who invest in gold do so with much the same strategy as forex traders exchanging currencies. Gold investment is actually a very simple practice – all you need to do is go to a website like bullionvault.com that allows you to buy and sell any amount of gold bullion and store it as you please.

Because gold bullion operates independently of any single world currency, it can effectively be used for forex trading in the same way that foreign currencies can. Consider the same example listed above, substituting the value of gold for the value of euros, and you have the same basic principle. Again, ultimately there are literally thousands of different ways to invest and trade your money for financial gain. But if you are looking for something relatively simple that a lot of people actually enjoy doing, this sort of forex trading and investment may be worth learning more about.