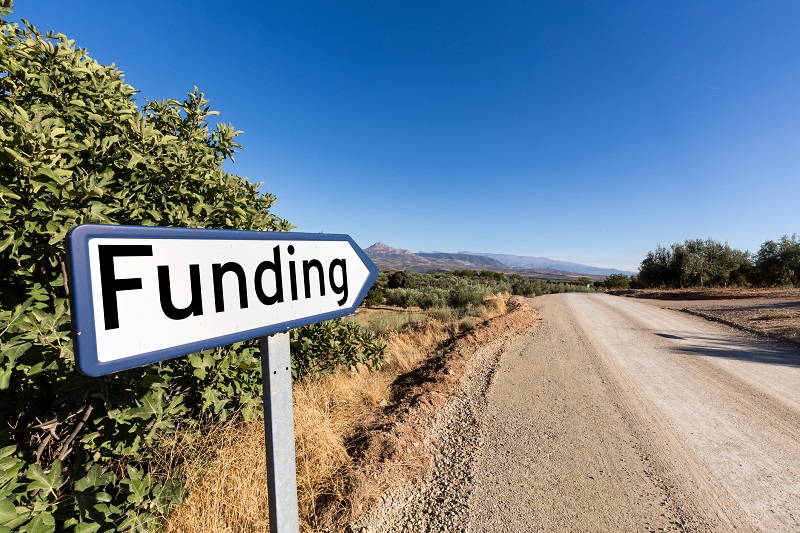 Venture capital funds have been investing in blockchain for the better part of the past decade. But it’s only in the last two years that the industry has really begun to mature.

Over 120 venture capital (VC) firms have now made two or more investments in blockchain companies. With that in mind, we will look at the development of venture capital in the industry and some of the leading players.

Maturation of Venture Capital and Blockchain

Some VCs, like Node Capital, made their first investments in the industry in 2011. For the most part, however, things were quiet until 2013 when almost two dozen different venture capital funds invested in blockchain startups.

Investment has been Increasing Sharply

Not only has the number of venture deals been rising, but so has their size. Robinhood, a stock and cryptocurrency trading platform, raised $363 million in a single series D round in May of 2018. Compare that to the $50 million it raised in 2015. Likewise, in 2012 Ripple was among the first cryptocurrency companies to receive venture funding. Ripple raised a total of just $3.1 million in its first three funding rounds. That’s less than 1% of what Robinhood raised in a single round this year.

Though there are more than a hundred venture capital funds actively investing in the blockchain, there are several dozens that play an outsized role. The 50 top venture funds in the space invested nearly half a billion dollars in blockchain in 2017 and are on pace to more than double that amount in 2018.

Who are the Top Venture Capital Firms Investing in Blockchain?

There are essentially two key types of venture investors in blockchain and cryptocurrency companies:

The first type consists of traditional venture funds, many specializing in technology startups that have added a handful of blockchain companies to their portfolios. Some examples include multi-billion dollar venture funds like Sequoia Capital and Andreessen Horowitz.

Andreessen Horowitz made early investments in Ripple and Coinbase in 2013 and has continued to invest in more than a dozen other blockchain companies. In fact, they recently announced that rather than comingle blockchain companies with their existing funds, they would create a $300 million crypto-focused fund.

But for most of these funds, blockchain investments remain a relatively small component of their investment funds.

The other key type of venture funds is those dedicated exclusively to cryptocurrency and blockchain investments. Though the majority of venture funds on Crypto Fund Research’s list of the top 50 blockchain venture funds are of the traditional variety discussed above, the top three are all dedicated funds. These include Digital Currency Group, Pantera Capital, and Blockchain Capital.

These funds invest only in blockchain and cryptocurrency companies. And they do a lot of it. Digital Currency Group, for example, has made nearly 60, mostly seed-stage, investments in blockchain companies since they started in 2013.

The 10 Most Influential Venture Investors in Crypto/Blockchain

Let’s take a more detailed look at the top 10 venture capital firms investing in the space. Their rankings are a function of not only the number and size of their investments in blockchain startups but also how long they’ve been doing it and how active they have been of late.

As discussed earlier, Digital Currency Group has been an extremely influential investor in blockchain since 2013. They began with an investment of less than a million in crypto payment processor BitPay. Since then they have invested close to $100 million in dozens of blockchain and cryptocurrency startups. They were also early investors in two of the most prominent success stories: Coinbase and Ripple. Their name refers to digital assets, a broad term encompassing cryptocurrencies and investments in blockchain companies and similar assets.

Like Digital Currency Group, Pantera Capital invests exclusively in blockchain and cryptocurrency companies. Technically, Pantera bills itself as an investment firm and hedge fund, but much of their investment has come via providing venture-style seed funding to blockchain companies. Pantera was an early investor in Ripple and has since made over 30 venture investments in the space. They have also invested in several initial coin offerings (ICOs). ICOs are similar to initial public offerings except that rather than issue stock certificates, companies sell equity via tokens which grant the buyer a stake in the company.

Number three on the list is Blockchain Capital. As their name implies, they are another venture fund exclusively investing in blockchain and related companies. Blockchain Capital began investing in the space in late 2013 and has since invested in more than three dozen blockchain companies. They claim to theirs was the first VC fund dedicated to Bitcoin/blockchain. Most recently they were part of a $35 million series D funding round for a digital asset merchant bank called High Flyer.

Andreessen Horowitz, also known as a16z, is one of the world’s largest venture funds. They manage almost $3 billion in assets. While only a small portion of this is invested in blockchain and crypto startups, they have made more than their share of investments. Their recent decision to start a fund dedicated exclusively to digital assets puts them in a position to be among the most influential venture investors in the space for years to come.

Node Capital is a bit unique among the funds we’ve discussed so far. For one, they are the first venture fund on this list headquartered outside the US. Based in Beijing, Node Capital has focused much of its investment on companies in Asia like Trip.io and Houbi. Another thing that differentiates Node from many of the funds on this list, is their tendency to invest in ICOs rather than via seed or early-stage funding.

While Boost VC also invests in artificial intelligence and virtual reality, they are largely focused on the blockchain. More an accelerator than a traditional venture firm, Boost has made dozens of, mostly small, investments in companies like Ledger, Coinbase and Libra Credit Network. Boost VC has the serious pedigree, having been co-founded by Adam Draper, son of legendary venture capitalist and blockchain investor Tim Draper.

Like Andreessen Horowitz, IDG Capital is a multi-billion dollar venture capital firm investing in a variety of startups. However, they have been relatively active in the blockchain. IDG made angel and seed stage investments in Ripple and has since invested in Circle, Mars Financial, and others.

Draper Associates is the main early stage venture capital arm of Tim Draper’s venture capital empire. He also is the founder of Draper University, an entrepreneurship program based in Silicon Valley. Tim Draper became a bit of a mainstream name when he received international attention for purchasing Bitcoin that the US Marshall Service had seized from illegal darknet marketplace Silk Road. Draper primarily invests in tech companies and blockchain has naturally become a part of this portfolio.

Like Node Capital, Ceyuan Ventures is based in Beijing and primarily invests in Asian startups. Though they haven’t been as active in blockchain as Ceyuan, they have made a name for themselves with investments in companies like Trip.io, Basis, and Mars Finance.

10th place was actually a tie between two very different venture companies. Lightspeed Venture Partners is another multi-billion dollar venture fund with half a dozen offices across the globe. They have made a handful of relatively large investments in blockchain startups. TechStars, on the other hand, is more of a technology accelerator and has made many, mostly small, investments in blockchain startups.

These are the some of the most important venture capital funds involved in the blockchain. Though they have different strategies, operating procedures, and setups, they all play critical roles in funding the development of blockchain infrastructure across the globe. This list will likely look very different in a couple years, or even a couple months, as new players rapidly enter the space.