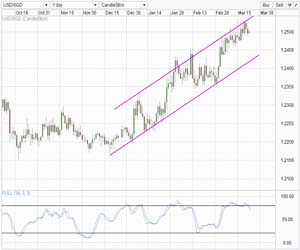 While there may be a few traders who prefer to “look at the fundamentals instead of the patterns”, most experienced dealers would still advise you to study charts for you to know the current trends. For this reason, Forex charts with different time periods were designed to allow dealers to buy according to the trend for lower risks of losing income.

Making a choice between the two really depends on the dealer’s needs, skills and their trading or investing styles. There are around 20 trading days a month, making that approximately 252 trading days a year. Forex charts may be intraday, daily, weekly, monthly, quarterly or annually. The different time frames that are used in Forex charts mainly depend on data density. The lesser the density, the more data are displayed. Some people would find this amount of data too overwhelming, so they opt for long-term charts. However, denser and more compressed charts offer less data, and some dealers might find that this wouldn’t satisfy their need for details.

Most traders and investors look at long-term charts because they are generally easier to interpret and would allow them to see patterns in the movement of the foreign exchange market over one to four years. It also allows them to make forecasts on possible changes that may occur in a few years’ time. There is often less noise in long-term charts because of the wider range of time frame used, and as such, the compressed data shown in these charts won’t reflect price movements as extreme.

On the other hand, short-term charts are used by dealers who wish to look more into detail. They focus on daily and intraday data for traders who are interested in less dense data. They are usually volatile and would have a lot of noise because of the sudden price movements that would be projected in the short time Forex charts. It takes some time to better understand and get used to short time period charts because of their wide price gaps and high-low ranges. Traders who focus on short-term charts are usually interested in small details that can actually affect the overall picture.

There are also some investors who make use of a combination of both long and short term Forex charts. With the long-term charts, they are able to get a broad perspective of the price trends. They then couple this data with the short time frames to see which factors might have affected these trends so that they may use them in making analyses and forecasts in the Forex trading market.