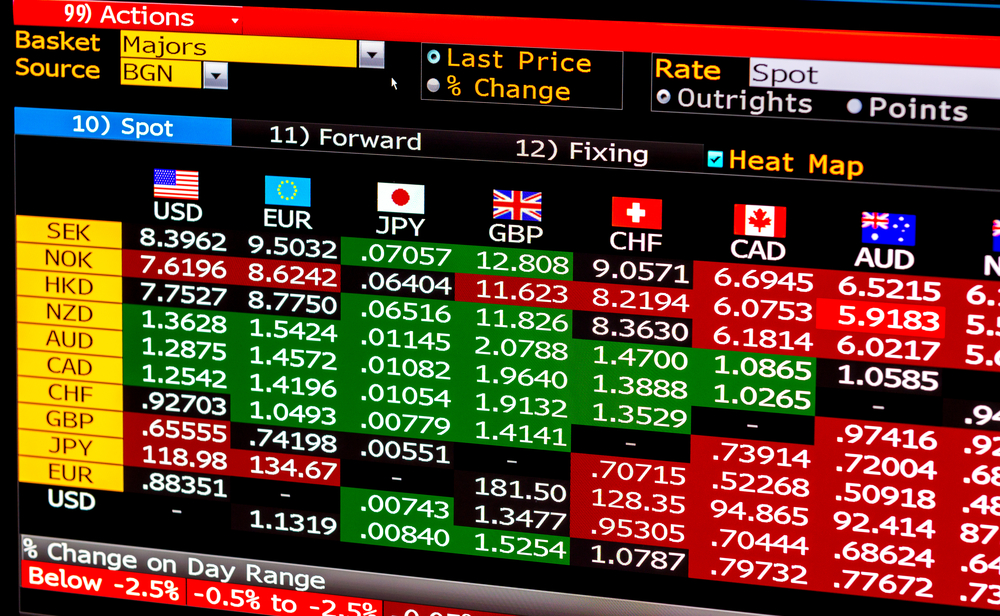 The currencies of countries around the world are fiat instruments, meaning that they have no backing by anything other than the full faith and credit of the nations that issue the legal tender.In the past, many currencies used gold and silver to provide support for the foreign exchange instruments, but the metals prevented countries from making significant changes in the money supply to address sudden changes in economic conditions.

Meanwhile, some countries with substantial natural resources that account for revenue and tax receipts have an implicit backing for their legal tender. The ability to extract commodities from the crust of the earth within a nation’s borders or grow crops that feed the world allows for exports and revenue flows. While those countries have fiat currencies in the international financial system, the implied backstop of commodity production makes them commodity currencies.

The fundamental equation in the world of commodities often dictates the path of least resistance for prices. While demand is ubiquitous as all people around the globe are consumers of raw materials, production tends to be a local affair.

Commodity output depends on geology when it comes to energy, metals, and minerals. Soil, access to water, and climate make some areas of the world best-suited for growing agricultural products. Chile is the world’s leading producer of copper. The vast majority of cocoa beans, the primary ingredient in chocolate, come from the Ivory Coast and Ghana, two countries in West Africa.

In Chile and the African nations, the production of the raw materials accounts for a significant amount of revenues and employs many people, making them a critical factor when it comes to economic growth. Meanwhile, the Australian and Canadian currencies are highly sensitive to commodity prices as both nations are significant producers and exporters of the raw materials to consumers around the globe.

Australia and Canada have commodity currencies

Australia and Canada produce a wide range of agricultural and energy products, as well as metals and minerals. Australia’s geographical proximity to China, the world’s most populous nation with the second-leading economy, makes it a supermarket for the Asian country. Canada borders on the US, the wealthiest consuming nation on the earth. Therefore, Australia and Canada are both commodity supermarkets for a substantial addressable market of consumers.

In 2011, commodity prices reached highs, and the price action in the Australian and Canadian currencies versus the US dollar shows their sensitivity to raw material prices.

The quarterly chart of the Australian versus the US dollar currency pair highlights that highs in commodity prices in 2011 took the foreign exchange relationship to its all-time high of $1.1005. The price spike to the downside during the first quarter of 2020 that took the A$ to $0.5510 came on the back of a deflationary spiral caused by the global Coronavirus pandemic that sent many raw material prices to multiyear lows.

Canada is a significant oil-producing nation. In 2008, the price of nearby oil futures rose to an all-time peak of over $147 per barrel.

Both the Australian and Canadian dollars are commodity currencies that move higher and lower with raw material prices over time.

Brazil’s real also tracks the prices of some commodities

Brazil is an emerging market, but the most populous nation in South America with the leading GDP in the region is a significant producer of commodities. The price relationship between the Brazilian real and the US dollar is another example of how the multiyear highs in commodity prices in 2011 sent the value of a commodity-sensitive currency to a high.

The quarterly chart of the Brazilian real versus the US dollar currency pair shows that the real reached a record high of $0.65095 against the US dollar in 2011 when commodity prices reached a peak.

While the Australian and Canadian dollar and Brazilian real are fiat currencies, they each reflect the price action in the raw material markets, making them commodity currencies. The foreign exchange instruments may not have express backing of the nation’s raw material production; there is an implied backing as higher commodity prices lift the local economies and government tax revenues. Commodity currencies can serve as proxies for the asset class as they move higher and lower with raw material prices.