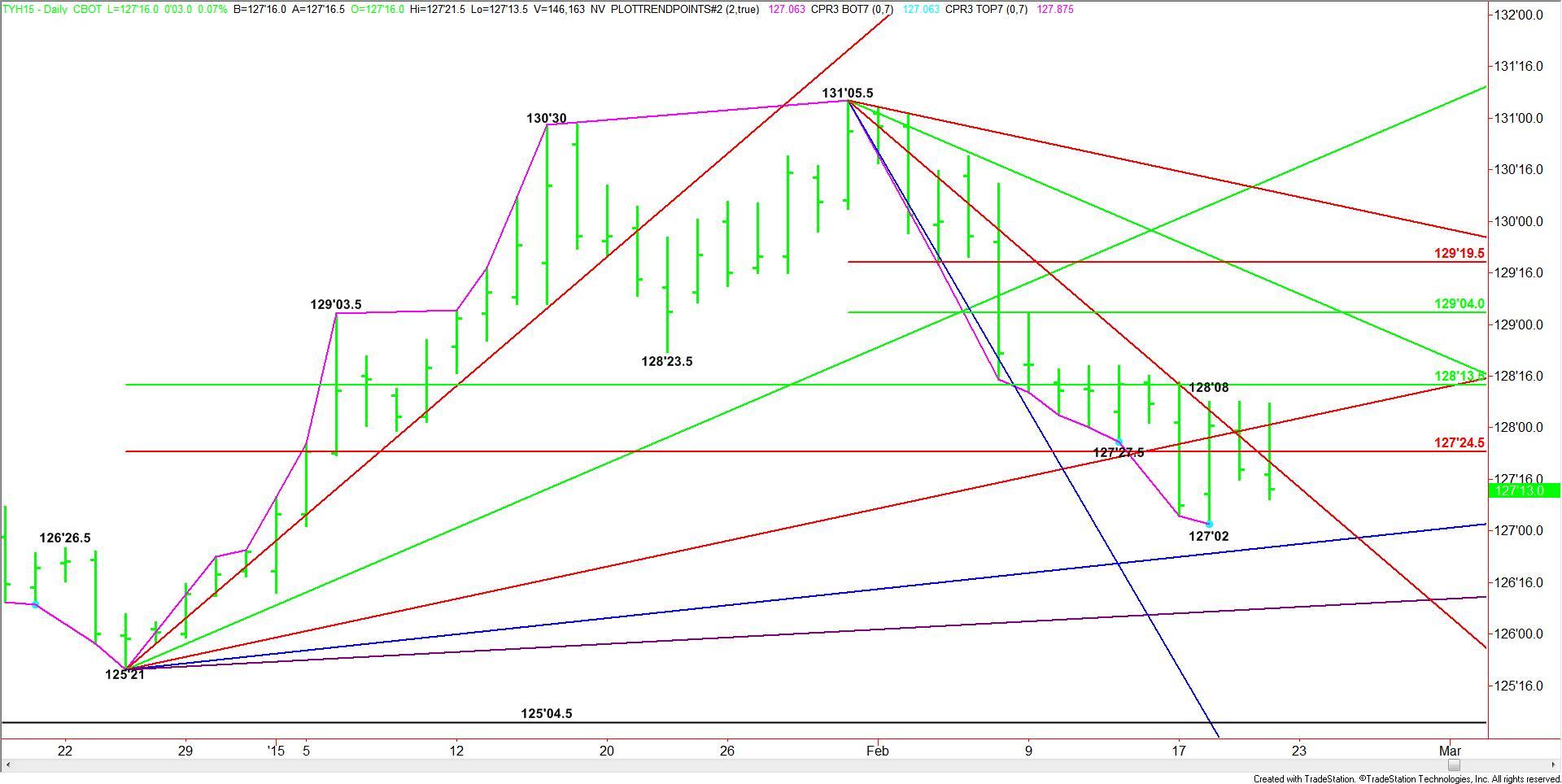 March 10-Year U.S. Treasury Notes broke sharply on Friday after Greece agreed to an extension of its debt agreement with the Euro Zone. This took out the uncertainty that had provided support for two days due to flight-to-safety buying.

Investor focus will now shift on Federal Reserve Chair Janet Yellen’s semiannual address to the Senate Banking Committee on February 24 and U.S. economic data, including home sales and consumer confidence, later in the week. Traders want to know more about the Fed’s plans to begin hiking rates and Yellen may reveal more of the central bank’s plans during her testimony. Currently, the market is pricing in a June date.

With the uncertainty about Greece lifted, and the Fed leaning toward raising rates in June, the bias is to the downside. Position-squaring ahead of Yellen’s testimony could underpin the market today.

The main trend is still up on the daily chart despite the almost month long sell-off. The main range is 125’21 to 131’05.5. Its retracement zone is 127’24.5 to 128’13.5. At the start of today’s session, this zone will be resistance, but could quickly act like a pivot if Yellen fails to convince investors that June is the first date of a rate hike.

The first resistance angle is at 127’13.5 today. Overcoming this angle could drive the market into the Fibonacci level at 127’24.5 then an uptrending angle at 128’03. Overtaking this angle will be the first sign of strength, but the buying has to be strong enough to overcome the 50% level at 128’13.5 before there is an acceleration to the upside.

The tone of the market today will be determined by trader reaction to 127’13.5.