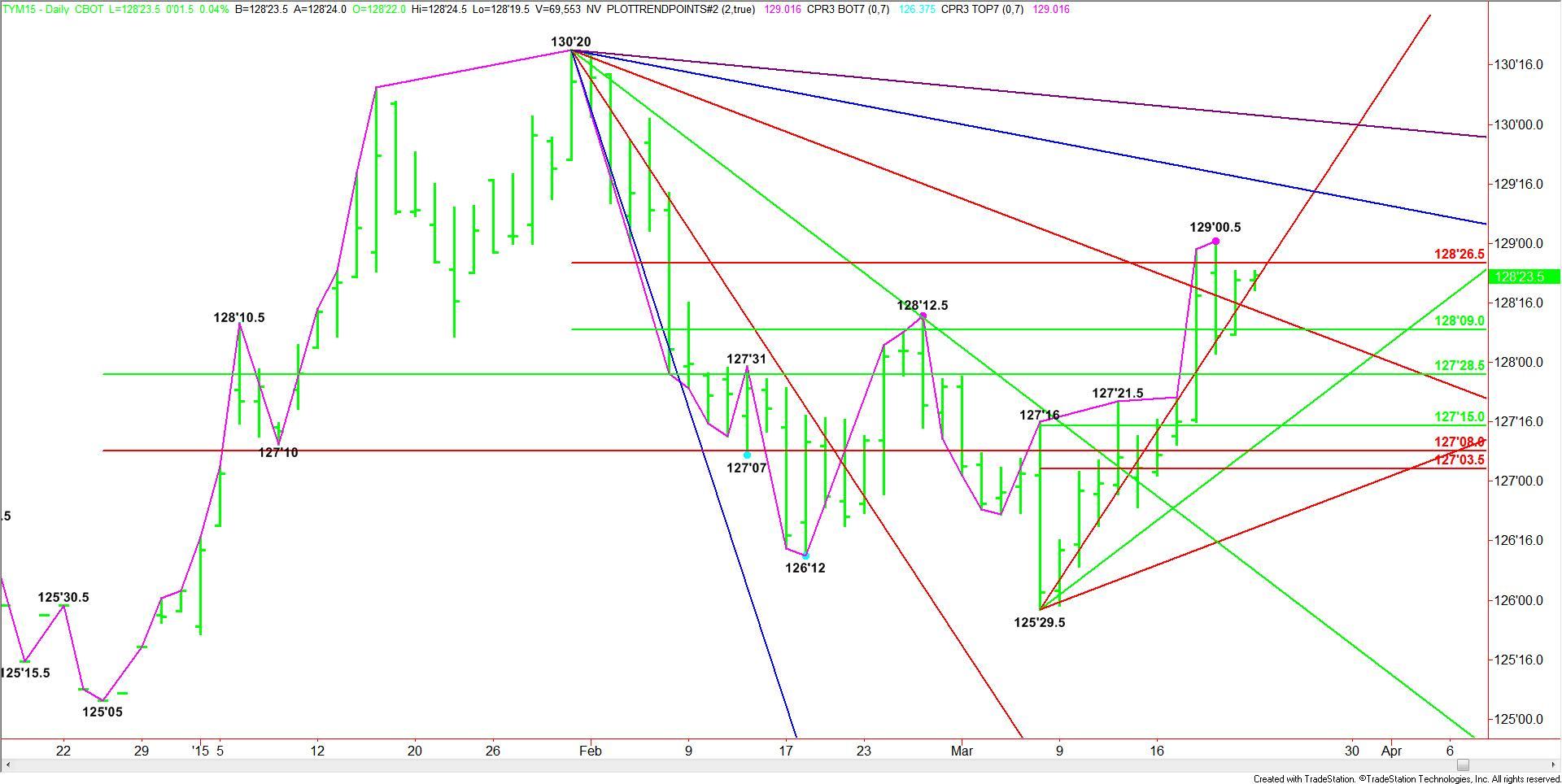 June 10-Year U.S. Treasury Notes finished better on Friday and for the week. The strong gain on the weekly chart was in reaction to the Fed statement released on March 18. Expectations that the Fed fund rate will be lower than previously expected by the end of the year caused short-sellers to adjust positions, leading to a strong short-covering rally. The price action suggests investors are still digesting the Fed statement. This could lead to volatile trading conditions over the near-term.

This week’s U.S. economic calendar is peppered with Fed speakers. Monday’s price action could be influenced by FOMC Member Stanley Fischer at 12:20 p.m. ET and again at 9:15 p.m. ET when FOMC Member John Williams speaks. They are expected to reiterate the Fed message that a rate hike is data dependent. This will mean more reaction by traders to economic news.

The key U.S. report this week is Tuesday’s consumer inflation report. Traders are estimating the core year-on-year inflation rate will come in at 1.7 percent. This would be a three-month high and could soften the thought of a continued downward drift of inflation. Other reports this week include data on durable goods, housing starts and building permits.

There are three ranges currently controlling the short-term direction of the market. The main range is 125’05 to 130’20. The market has been straddling its retracement zone at 127’28.5 to 127’08 since mid-February. The strong close over this area means this zone is new support.

The key angle to watch today comes in at 128’21.5. This angle has given T-Notes both support and direction since the main bottom at 125’29.5 on March 6. A sustained move through this angle will be a sign of weakness. Crossing to the weak side of a downtrending angle at 128’14 will be a sign of increasing selling pressure.