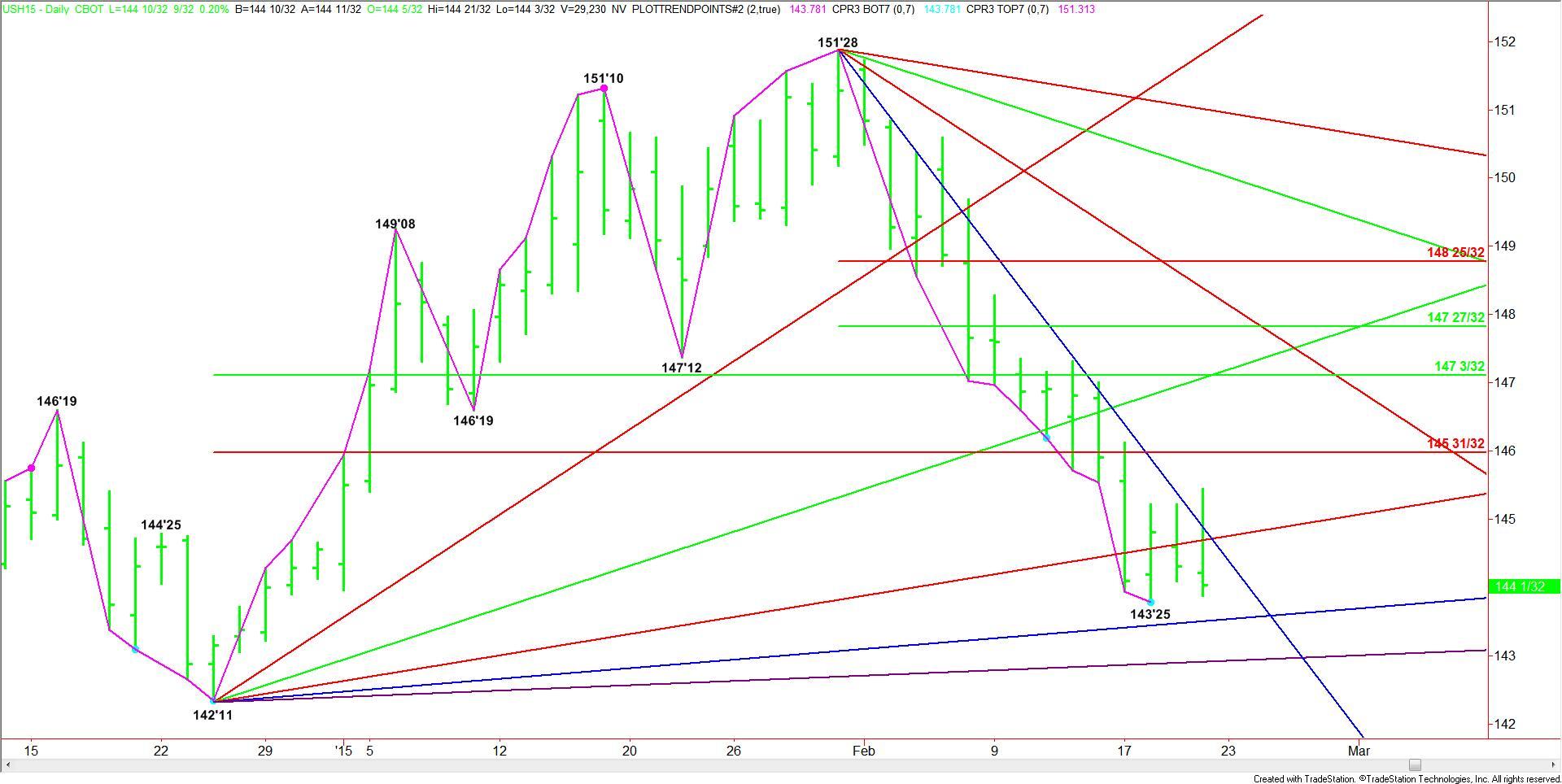 The news that Greece had reached an agreement with its creditors to extend its bailout on Friday removed the uncertainty that had been supplying the support for March 30-Year U.S. Treasury Bonds. Investors will now shift their focus on Federal Reserve Chair Janet Yellen’s semiannual address to the Senate Banking Committee on February 24 and U.S. economic data, including home sales and consumer confidence, later in the week.

Position-squaring ahead of the testimony could underpin the market today, but if investors believe Yellen will stay the course then the selling pressure that has been driving the market lower since January 30 could resume today.

Based on the selling pressure into the close on Friday, look for early weakness with last week’s low at 143’25 the first target. Taking out this price should trigger a fast break into an uptrending angle at 143’18. Overtaking this angle will likely mean a test of the next angle at 142’30.5. This is the last angle before the main bottom at 142’11.

The first angle to watch on the upside is 144’12. This angle, moving down at a rate of 16/32nds per day from the 151’28 top, has been providing resistance for 15 sessions so taking it out with conviction could trigger the start of a strong short-covering rally.

An uptrending angle comes in at 144’25. Overcoming this angle will be a sign of strength. If the short-covering and buying are strong enough this week then look for an eventual retracement into 147’27 to 148’25.

Look for a bearish tone today on a sustained move under 144’12. Watch for the start of a short-covering rally if this area is overcome with better-than-expected volume. This is the key price level to watch today.