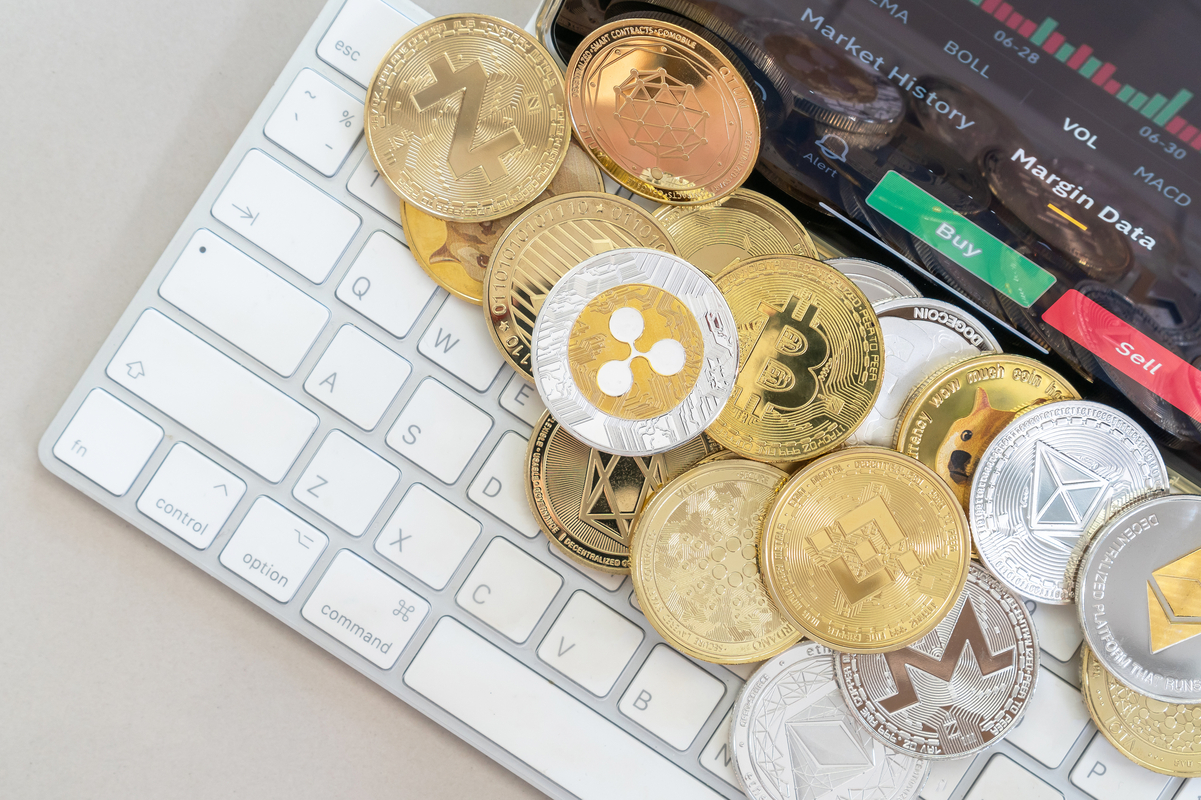 Cryptocurrencies Begin Week on the Back Foot

Cryptocurrency prices have continued a pullback from last week’s highs that began on Sunday in a risk-averse start to the week. Bitcoin was last trading lower by about 3.5% over the last 24 hours, as per CoinMarketCap, with BTC/USD changing hands just above $20,500. That’s about a $2,000 or 8% drop from last Friday’s highs prior to the strong US jobs data.

Ethereum, meanwhile, was last down about 3.3% in the last 24 hours, though has found support at its 21-Day Moving Average near $1,150. ETH/USD is about 10% down versus last Friday’s peaks in the $1,280 area. Total cryptocurrency market capitalization was last around $895 billion, having dropped back from above $960 billion last Friday.

Crypto downside on Monday and over the weekend reflects the broader macro mood. Ahead of the US open, Nasdaq 100 index futures are about 0.6% lower and S&P 500 futures about 0.4% lower. Analysts are citing worries about upcoming US inflation data and new Covid-19 restrictions in China as weighing on macro sentiment.

Monday is set to be a quiet day for markets, with only a few central bankers speaking. Things get interesting from Wednesday, when US Consumer Price Inflation data is out, followed by US Retail Sales figures on Friday. Both could impact market expectations for how quickly/much the Fed will raise interest rates and could thus affect crypto/macro sentiment.

According to some analysts, worries about a potential large-scale Bitcoin dump have been weighing on crypto prices over the last few days. Now defunct crypto exchange Mt. Gox, whose users suffered from the largest hack in Bitcoin history, may soon compensate its victims. Mt. Gox’s Rehabilitation Trustee Nobuaki Kobayashi reached out to creditors last week saying they would soon receive 137,000 Bitcoins worth about $2.8 billion at current spot prices.

Prior to 2014, Mt. Gox was the largest crypto exchange in the world but went out of business when 850,000 Bitcoins (worth $500 million at the time) were stolen. “The worst-case scenario would be a majority of those people deciding to sell down their Bitcoin,” the CEO of crypto exchange Bamboo Blake Cassidy told the crypto media over the weekend. “This obviously won’t happen all at once, but as a result of that there would be downward price pressure in the order books on exchanges”.

60% of the 950 respondents in a weekly Bloomberg survey said they thought Bitcoin was more likely to fall towards $10,000 than recover to $30,000 next. According to Bloomberg, “the lopsided prediction underscores how bearish investors have become”.

Bearish sentiment is also reflected in alternative.me’s widely followed crypto Fear and Greed Index, which remains in “Extreme Fear” at 22/100. The index has been in Extreme Fear now for over one month but has recovered from recent multi-year lows under 10/100 in mid-June.

The report also surveyed retail investor sentiment towards crypto. Nearly one-quarter said they thought digital assets were “garbage”, though a similar amount said they were the future of finance.

CoinFLEX announced over the weekend that it is to partially resume withdrawals as it enters an arbitration process in Hong Kong to recover $84 million in losses from a single customer. CoinFLEX halted withdrawals back on 23 June due to extreme volatility in the crypto market.

The CEO of the crypto lending platform accused Roger Ver of defaulting on a loan and triggering a liquidity crisis at the company. CoinFLEX said that given arbitration is now underway to recover losses, it hopes to make up to 10% of customer deposits available for withdrawal later this week.

Separately, a report by blockchain analytics firm Arkham Intelligence said that beleaguered crypto lending platform Celsius might have incurred as much as $350 million in losses from its Decentralised Finance (DeFi) activities. According to the report, Celsius lent more than $530 million to an unnamed asset manager who used “high-risk leveraged crypto trading strategies”. The report added that Celsius had also lost as much as $100 million to DeFi hacks.