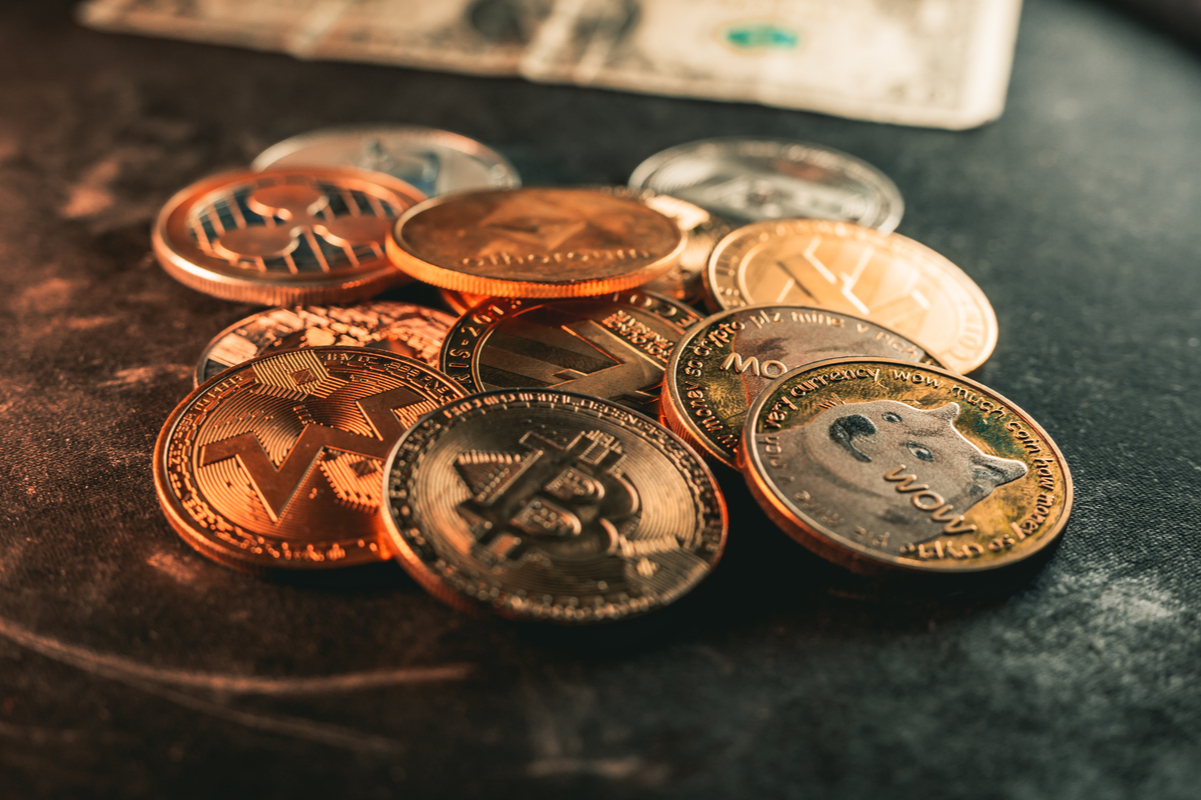 Cryptocurrency markets saw an indecisive reaction to the latest much stronger than expected US jobs figures, which simultaneously boost Fed tightening bets (crypto bearish) but also boosted optimism about the US economy not being in recession (crypto positive). Bitcoin continues to hold above $23,000 as of Saturday, having briefly dipped to around $22,800 in wake of Friday’s data. According to CoinMarketCap, the cryptocurrency is flat in the last 24 hours.

Ethereum is higher versus its pre-NFP data levels and has recovered back above $1,700, though remains below recent highs. However, it has managed to break above its 100-Day Moving Average, which had been acting as a significant level of resistance recently. According to CoinMarketCap, ETH is up 3.0% in the last 24 hours. Other major cryptocurrencies are mixed, with the likes of BNB, XRP, ADA, SOL, DOT and DOGE all between -2.0% and +4.0% in the last 24 hours.

US Economy Strong in July, According to Jobs and ISM Services PMI Data This Week

The US economy added 528,000 jobs in July, far more than the 250,000 expected by economists, while June’s non-farm payroll gain was revised higher to 398,000 from 372,000. July’s gain saw the headline non-farm payroll employment finally recover back to its pre-Covid-19 pandemic level, 30 months on, and marked a 19th successive month of job gains. The unemployment rate also fell to 3.5% from 3.6%, a new post-pandemic low, though this was in part due to a drop in the participation rate.

The latest jobs data, as well as US ISM Services PMI data earlier this week that unexpectedly jumped in July, paints a picture of a US economy expanding at a healthy pace at the start of Q3 2022. Meanwhile, the pace of Average Hourly Earnings growth accelerated to 0.5% MoM and 5.2% YoY from 0.4% and 5.1% in June.

All said, analysts interpreted the data as strongly supportive of a continued fast pace of monetary tightening from the US Federal Reserve in the months ahead. Money markets quickly adjusting to imply a more than 70% chance of a 75 bps rate hike at the central bank’s next meeting in September, which mark a third consecutive move of this magnitude from around 34% a day earlier.

What to Watch Next Week

Inflation remains at the front of investor focus next week with the release of US Consumer Price Index data for July on Wednesday. Headline CPI is seen rising at a rate of 0.2% MoM and 8.7% YoY in July, down from 1.1% and 9.1% respectively in June. Meanwhile, Core CPI is seen rising 0.5% MoM and 6.1% YoY versus June’s 0.7% and 5.9% respective readings.

The drop in headline price pressures would be a welcome validation of peak inflation hopes and this has the potential to boost sentiment in cryptocurrency markets. Elsewhere, Ethereum developers are set to implement the “Merge” from Proof-of-Work to Proof-of-Stake on the Goerli testnet next Thursday.

This is the final of Ethereum’s major testnets to undertake the merge prior to the planned mainnet merge in September. Success could boost ETH sentiment. Elsewhere Monero is scheduled to update its network next Saturday.

Cryptocurrency lending/brokerage platform Voyager Digital, which is currently going through bankruptcy proceedings, announced in a blog post on Friday that it plans to reopen cash withdrawals next Thursday (11 August), as part of plans to return $270 million in cash to customers.

According to a tweet from Dogecoin core developer Michi Lumin on Friday, the Dogecoin Foundation has released the libdogecoin update that enables “lightweight” integration of Dogecoin into various other platforms.

So after several months, many late/sleepless nights, and one false launch, #libdogecoin v0.1 is now ready play with right here:https://t.co/hcYXnt8UJX

Huge props to the rest of our small lib team, @KBluezr and Jackie (github: jaxlotl) , for the insane effort.

“Libdogecoin is one of the 8 core projects that’ll make doge the default money,” one Twitter user explained. “This (update) lets any dev build products securely on the blockchain, in their own language, and without first mastering blockchain specifics… (it) opens a world of potential use cases and markets,” they added.

Libdogecoin is one of the 8 core projects that'll make doge the default money. 😉

This one lets any dev build products securely on the blockchain, in their own language, and without first mastering blockchain specifics.
This opens to a world of potential use cases and markets.