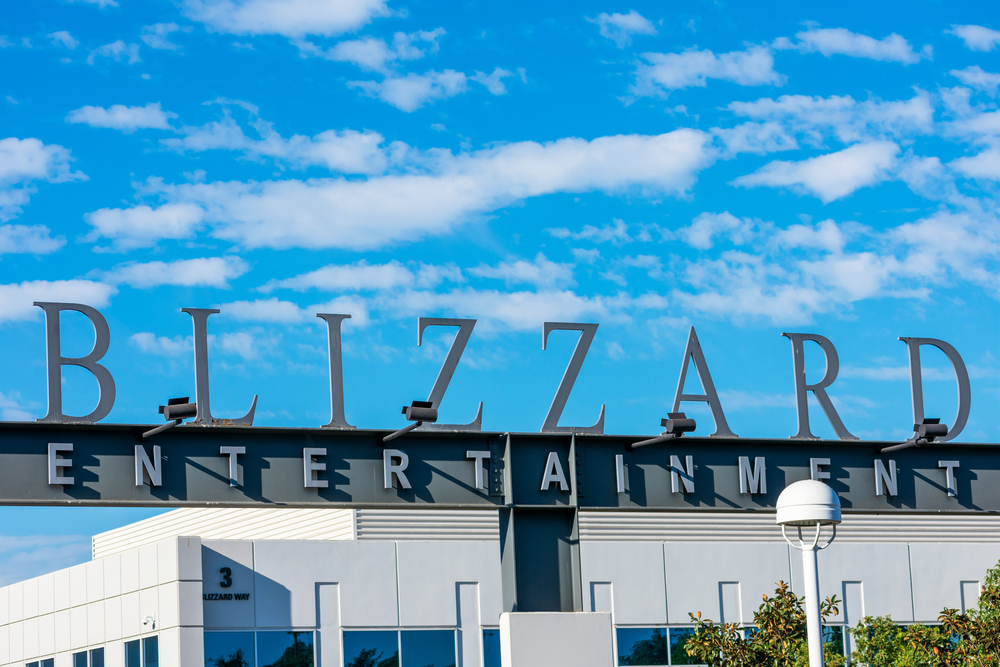 Activation Blizzard Inc. (ATVI) reports Q2 2021 earnings after Tuesday’s closing bell, with analysts expecting a profit of $0.75 per-share on $1.88 billion in revenue. If met, earnings-per-share (EPS) will mark no improvement over identical results in the same quarter last year, when gamers were emerging from lockdowns. The stock bounced off a multi-month low in May after a mixed Q1 report but the uptick failed, with downside since that time reaching the lowest low since December 2020.

Activision is also dealing with fallout from sexual harassment allegations at Blizzard’s “World of Warcraft”, one of the hottest titles of the 21st century. That game no longer tops the sales charts but the toxic culture being exposed by unit employees could damage the corporate brand, which includes many titles directed at female players. California just filed suit, citing a culture of “constant sexual harassment”, so this story is likely to attract attention and potential disgust into 2022.

Wall Street consensus remains overly bullish, with a ‘Buy’ rating based upon 24 ‘Buy’, 5 ‘Overweight’, and 3 ‘Hold’ recommendations. Price targets currently range from a low of $100 to a Street-high $145 while the stock is set to open Tuesday’s session more than $18 below the low target. This dismal placement highlights Main Street skepticism after 2020’s 56% return. In addition, analysts have been as quiet as church mice since the scandal broke, most likely because they have no clue how it will impact sales.

Activision topped out at 84.68 in October 2018 and got cut in half in the next four months. A slow but steady uptick reached the prior high in August 2020, yielding a pullback, followed by a December cup and handle breakout that posted an all-time high at 104.53 in February 2021. The subsequent decline completed a descending triangle breakdown after the sexual harassment news, also failing the breakout. None of this bodes well for the stock in coming months.