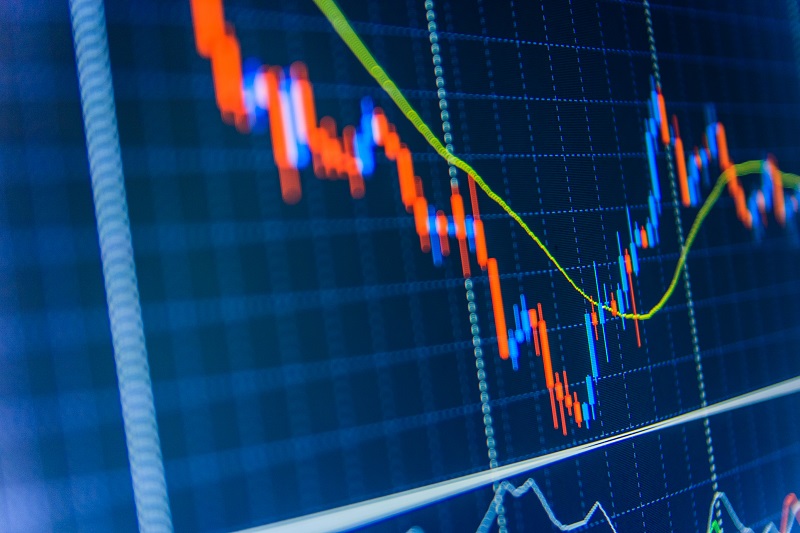 The WallStreetBets forum on Reddit is filled with conspiracy theories and victory laps as AMC Entertainment oscillates between positive and negative ground. After touching on USD 36 yesterday, AMC shares remain below the USD 30 threshold today, but the recent pullback appears to only be emboldening retail investors. The stock is up approximately 100% this week alone even after falling as much as 5% in earlier trading today.

According to the Reddit thread and Twitter, AML investors were not caught unaware by today’s selling. They have been saying since Thursday’s rally that hedge funds are strategizing to take on the little guy, seemingly planning to sell AMC shares in an attempt to shake off any weak hands and avoid an eventual short squeeze. You can’t really blame them.

According to financial analytics firm Ortex, borrowing in AMC is on the rise as short interest climbs nearly 3% to 17.87% of the free float. A Twitter account with the username @daylightScott was one of many people to call the sophisticated traders out, saying that the hedge funds are selling to stop the bleeding and that they are using it as a “scare tactic.” 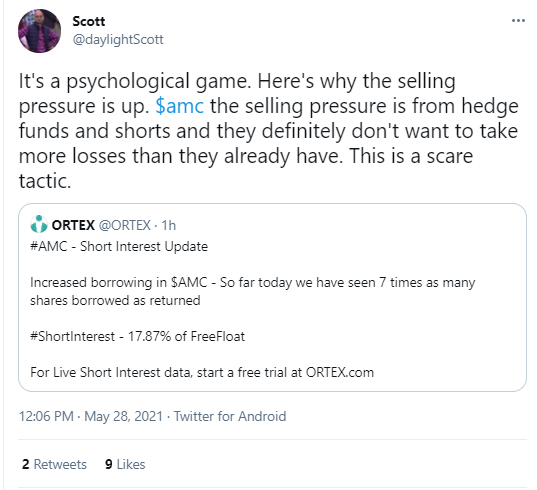 Nonetheless, retail investors proved to have steady hands. One Reddit member with the username “AntsOnTheMoon” antagonized the hedge fund traders, asking, “Is that all you hedge funds got?” This investor took the dip as a buying opportunity, saying, “Drop the price lower, I want to buy more please.”

This appears to be the battle cry of many retail investors in the movie chain’s stock. Instead of backing down, they are sharing the size of their AMC bags and reminiscing about the sudden volatility in GameStop shares this year. This is not the short squeeze they are waiting for, and that is why there is not a lot of panic selling going on, to the dismay of the short sellers.

AMC trading volume is also through the roof, with over 516 million shares changing hands and more than USD 13 billion traded, surpassing even Tesla.