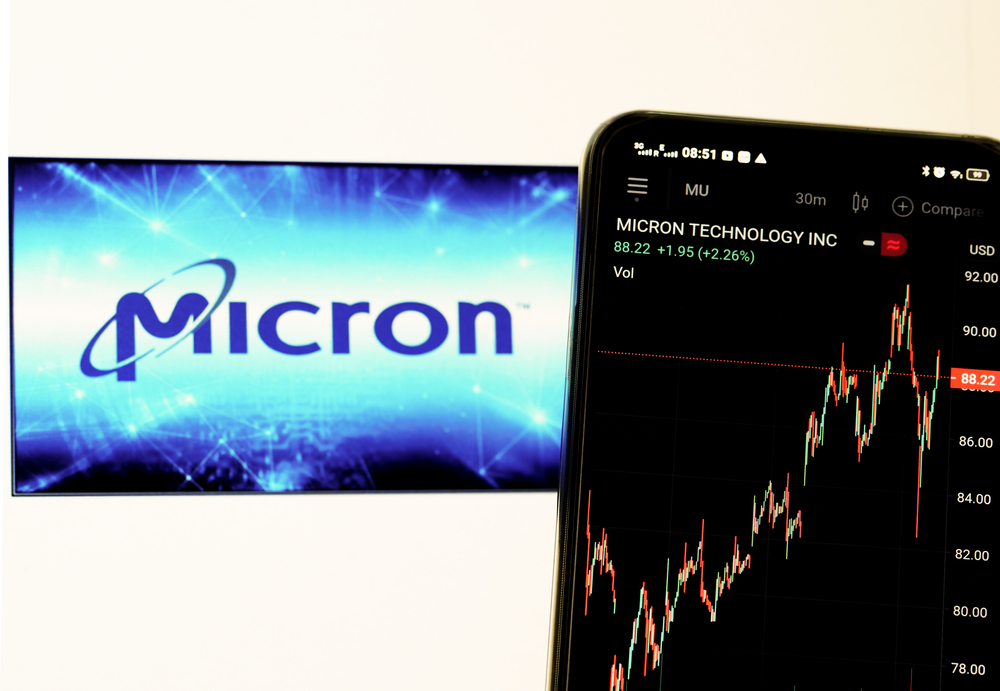 Micron shares were down over 3% in pre-market trading on Wednesday as several equity analysts slashed their one-year price targets following the company’s lowered third-quarter sales guidance.

Micron Technology, which provides components for Apple, has also been affected by short-term supply issues in its own supply chain. Power outages in China have impacted the supply chains for other tech companies as well.

In the current quarter, the world’s leading semiconductor manufacturer forecast revenue of $7.65 billion, plus or minus $200 million, missing the Wall Street consensus of $8.57 billion. In addition, the company projected adjusted earnings per share of $2.10, plus or minus 10 cents, missing expectations of $2.33.

Following this, Micron shares slumped over 3% to $73.10 in pre-market trading on Wednesday.

Twenty-one analysts who offered stock ratings for Micron Technology in the last three months forecast the average price in 12 months of $104.17 with a high forecast of $165.00 and a low forecast of $70.00.

The average price target represents a 42.50% change from the last price of $73.10. From those 16 analysts, five rated “Buy”, one rated “Hold” while none rated “Sell”, according to Tipranks.

Morgan Stanley gave the base target price of $75 with a high of $120 under a bull scenario and $40 under the worst-case scenario. The firm gave an “Equal-weight” rating on the semiconductor manufacturer’s stock.

“Shares of Micron fell 3% during normal trading hours on Sept. 28 amid a technology stock sell-off caused by higher Treasury yields, and nearly 4% during after-hours trading. We are maintaining our fair value estimate of $90 per share and we think long-term investors should find current levels of no-moat Micron attractive,” noted Abhinav Davuluri, Sector Strategist at Morningstar.