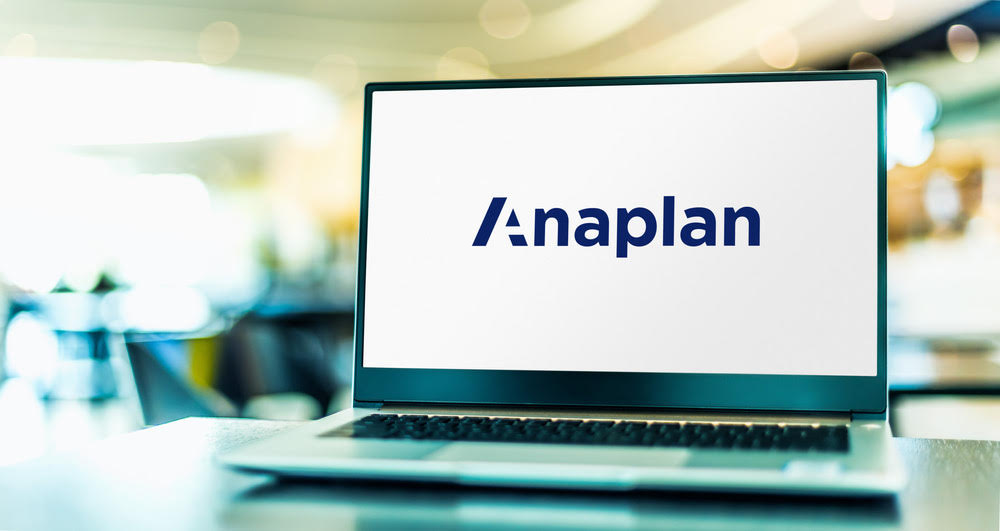 The San Francisco California-based company reported a quarterly adjusted loss of $0.11 per share, better than the Wall Street consensus estimates for a loss of $-0.36 per share. The company’s revenue surged 32.8% to $162.7 million from a year earlier. That topped market expectations of $154.7 million.

Anaplan, a web-based enterprise platform for business planning, also lifted its fiscal 2023 revenue projection to $745 million, up from previous forecasts of $730 million.

That has prompted several analysts to update their price targets. BMO raised the target price to $55 from $49. Mizuho lifted the price objective to $65 from $60. Barclays upped the price target to $59 from $58.

“As planning moves from an annual process run by the finance department to an ongoing collaborative effort across the entire organization, we see Anaplan as a key beneficiary of this trend. The company’s core Connected Planning platform enables collaborative planning across all areas of an organization, including finance, sales, supply chain, marketing, human resources, and operations,” noted Stan Zlotsky, equity analyst at Morgan Stanley.

“With a large addressable market, we see a somewhat competitive landscape. We expect a 19% revenue CAGR over the next 15 years. Near-term, we think a favourable operating environment can yield a return to consistent ~25% growth for Anaplan.”

Eleven analysts who offered stock ratings for Anaplan in the last three months forecast the average price in 12 months of $63.40 with a high forecast of $87.00 and a low forecast of $48.00.

The average price target represents a 27.08% change from the last price of $49.89. Of those 11 analysts, seven rated “Buy”, four rated “Hold”, while none rated “Sell”, according to Tipranks.

Morgan Stanley raises the base target price to $52 from $48 with a high of $78 under a bull scenario and $31 under the worst-case scenario. The investment bank gave an “Equal-weight” rating on the software company’s stock.

However, technical analysis suggests it is good to hold for now as 100-day Moving Average and 100-200-day MACD Oscillator gives mixed signals.