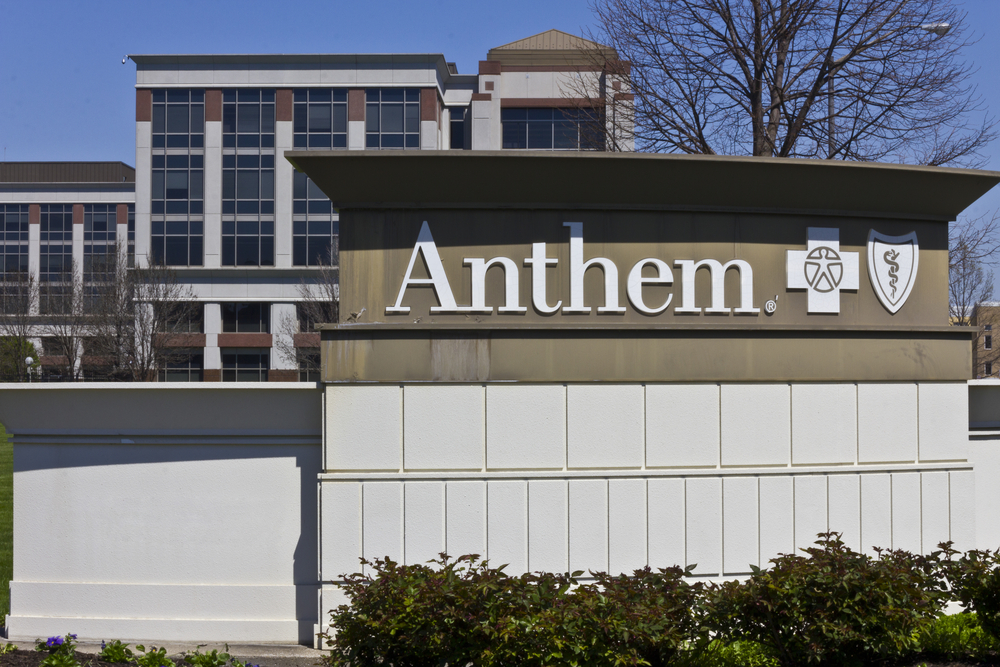 The U.S. health insurer said its GAAP net income was $6.13 per share, including net negative adjustment items of $0.66 per share. Adjusted net income came in at $6.79 per share, beating the Wall Street consensus estimates of $6.39 per share.

The company’s operating revenue grew by 16.0% over the prior-year quarter to $35.5 billion, or 17.5% adjusted for the repeal of the health insurance tax. Medical enrollment increased by 2.4 million members year over year and 730 thousand members in the third quarter to 45.1 million members.

Following the upbeat results, Anthem shares rose over 6% to hit an all-time high of $421.1499 on Wednesday.

Thirteen analysts who offered stock ratings for Anthem in the last three months forecast the average price in 12 months of $429.38 with a high forecast of $468.00 and a low forecast of $335.00.

The average price target represents a 9.05% change from the last price of $393.75. From those 13 analysts, ten rated “Buy”, three rated “Hold” while none rated “Sell”, according to Tipranks.

Morgan Stanley gave the base target price of $468 with a high of $558 under a bull scenario and $248 under the worst-case scenario. The firm gave an “Overweight” rating on the insurer’s stock.

“Anthem is the largest commercial player with ~17% market share and second-largest player in Medicaid and exchanges. Under the helm of new CEO Gail Boudreaux Anthem has been focused on improving its commercial business profitability and gaining share in Medicare Advantage marketplace (from current ~5%). Insourcing of PBM is accretive to earnings and positions Anthem to more effectively compete in the marketplace,” noted Ricky Goldwasser, equity analyst at Morgan Stanley.