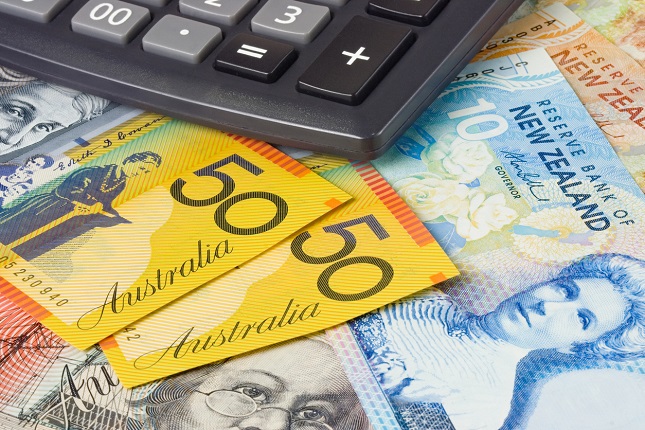 The Australian and New Zealand Dollars finished mixed on Friday as investors booked profits and squared positions ahead of the weekend after a tumultuous week. After nudging to multi-month lows early in the session, the currencies bounced higher in a rangebound trade with the New Zealand Dollar managing to post a slight gain.

The Aussie and Kiwi hit 10-month lows on Friday as coronavirus lockdowns undermined their economies and pushed out policy tightening, sparking a steep drop in bond yields. The Australian currency lost 3.12% for the week, while the New Zealand currency dropped 2.87%.

Driving the AUD/USD and NZD/USD sharply lower for the week were the spread of the Delta variant at home, with Sydney extending a strict lockdown out to the end of September while New Zealand lengthened its national lockdown to next week.

With New Zealand pressed into lockdown, the Reserve Bank (RBNZ) was forced into delaying a much anticipated rate hike earlier in the week. Financial futures prices are now implying only a one-in-three chance of a move at its October meeting.

Speculators who bet on the August rate hike were forced to exit their bullish positions when the RBNZ backed off its widely expected rate hike. Prices are not expected to stabilize until the country lifts its nationwide lockdown since it is likely to inflict damage to GDP and consumer inflation, two key factors that led to the central bank’s decision to lift rates at this time.

In Australia, the Reserve Bank (RBA) mentioned in its monetary policy meeting minutes earlier in the week that it would be willing to inject more stimulus into the economy if necessary. This news was bearish especially since it looks like more stimulus may be necessary due to the on-going lockdowns and a disappointingly weak reading on wages argue for a dovish stance.

This will be the source of near-term volatility, however, because the RBA also said it was still planning on tapering its bond buying in September. Something has to give. Either the RBA will announce more stimulus or it will follow-through with its tapering plan.

The direction of the Aussie and Kiwi over the near-term will be determined by the movement in the bond market. Yields are plunging in Australia and New Zealand, which is helping to make their currencies less-attractive since the Federal Reserve is considering tightening policy by tapering its emergency bond purchases.

The volatility could slow early in the week if the major players take to the sidelines ahead of the central bankers’ summit at Jackson Hole, Wyoming on August 26-28. However, it’s not likely to go away. Market participants will be awaiting insights into the Fed’s “taper talks” as many central bankers aim to move away from easy policy.