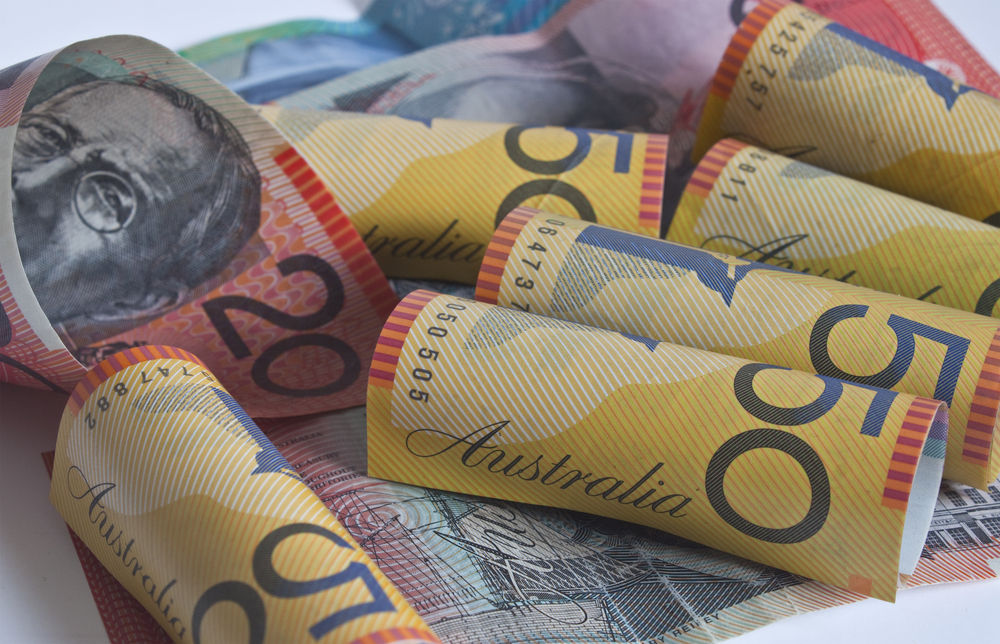 Australian Dollar Gains Ground Against U.S. Dollar At The Beginning Of The Week

AUD/USD is currently trying to settle above the nearest resistance level at 0.7100 while the U.S. dollar is mostly flat against a broad basket of currencies.

According to a recent Reuters poll, a majority of economists expect that Australia’s central bank will cut its interest rate from 0.25% to 0.1% in order to support the economy. However, it remains to be seen whether lower interest rates can put additional pressure on the Australian dollar in the current market environment.

Today, China reported that its GDP increased by 4.9% year-over-year in the third quarter compared to analysts’ estimate of 5.2%. At the same time, Retail Sales increased by 3.3% while the analyst consensus called for Growth of 1.8%. Industrial Production was also strong, growing by 6.9%.

Despite tensions which have emerged in recent years, the well-being of China’s economy is very important for the Australian economy. While China’s GDP report was somewhat disappointing, the strength of Retail Sales and Industrial Production provided some support to the Australian dollar.

In the U.S., traders will continue to follow the coronavirus aid package story. With just a few weeks left before the November election, Republicans and Democrats continue their negotiations.

The market believes that U.S. lawmakers will ultimately manage to reach consensus on the new deal but chances of any deal being negotiated before the election are slim.

AUD/USD gained some upside momentum and is testing the resistance at 0.7100. If this test is successful, AUD/USD will move towards the next resistance level at 0.7130.

On the support side, the nearest support level for AUD/USD is located at 0.7075. If AUD/USD declines below this support level, it will gain downside momentum and move towards the next support at 0.7030.