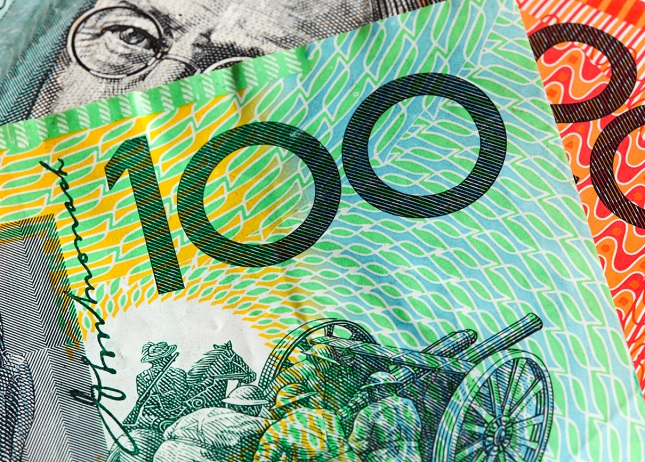 The AUD/USD is trading slightly better shortly after the U.S. opening, clawing back from an early session loss. The Forex pair was pressured early on concerns over an escalation of the trade dispute between the U.S. and China. Expectations of rising U.S. interest rates also pressured the Aussie. The Australian Dollar reversed earlier losses when demand for higher risk assets began to increase.

The main trend is up according to the daily swing chart. However, momentum shifted to the downside with the formation of the closing price reversal top on Friday and yesterday’s subsequent confirmation. This chart pattern typically leads to a 2 to 3 day correction and/or a 50% to 61.8% correction of the last rally.

A trade through .7304 will negate the closing price reversal top and signal a resumption of the uptrend. The main trend changes to down on a move through .7142.

The combination of the two retracement zones creates a support cluster at .7204 to .7194.

Based on the early price action, the direction of the AUD/USD the rest of the session is likely to be determined by trader reaction to the downtrending Gann angle at .7264.

A sustained move under .7264 will indicate the presence of sellers. If this generates enough downside momentum then look for an extension of the selling into .7223, followed by .7204 and .7194.

Overtaking and sustaining a rally over .7264 will signal the presence of buyers. The first upside target is the resistance cluster at .7284 to .7285. This is followed by a downtrending Gann angle at .7294. This is the last potential resistance angle before the .7304 main top.