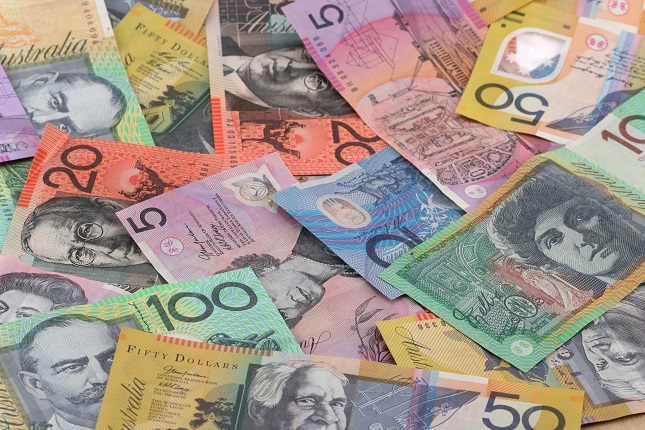 The Australian Dollar is edging higher early Monday as a rebound in U.S. stocks is helping to curb the rise in the U.S. Dollar, deemed as a safe-haven. Some traders are holding out hope that the U.S. Congress will pass a much needed fiscal stimulus package, seen as vital to support the pandemic-stricken economy before the election.

Helping to cap gains is general cautiousness ahead of Tuesday’s first U.S. Presidential debate as the election in early November has started to loom large.

We’re also seeing some end of the month housekeeping as well as profit-taking and position-squaring ahead of the Reserve Bank of Australia’s (RBA) monetary policy decisions on October 6. Economists expect the RBA to cut its benchmark rate from 0.25 percent to 0.10 percent. These expectations are behind the recent sell-off.

The main trend is down according to the daily swing chart. A trade through .7006 will signal a resumption of the downtrend. A move through .7345 will change the main trend to up. This is highly unlikely, but since the Aussie is down eight sessions from its last main top, we should start watching for a short-term correction.

The minor trend is also down. A trade through .7087 will change the minor trend to up. This will also shift momentum to the upside.

Based on the early price action, the direction of the AUD/USD is likely to be determined by trader reaction to the short-term Fibonacci level at .7020.

A sustained move over .7020 will indicate the presence of counter-trend buyers. If this move creates enough upside momentum then look for the rally to possibly extend into the short-term 50% level at .7096. Overtaking this level could trigger an acceleration to the upside with the minor 50% level at .7176 the next likely target.

A sustained move under .7020 will signal the presence of sellers. The first target is last week’s low at .7006.

Taking out .7006 will indicate the selling is getting stronger. This is a potential trigger point for an acceleration to the downside. The daily chart shows little support between .7006 and .6777.