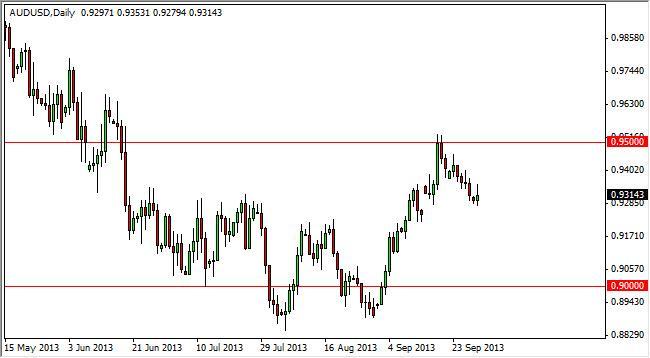 AUD/USD rose a bit during the Monday session, but mainly appeared somewhat lost and directionless. The pair has seen strong gains recently, and as a result – this positive day is more impressive than the candle would suggest. The pair is going to be sensitive to the headline risks out there, so sudden moves could be coming.

The 1.03 level continues to work as resistance currently, and as a result we are looking to see if the pair can close above it. If we get weakness in that area, we wouldn’t hesitate to sell at that point as the moves have been overdone recently. The gap from two weekends ago hasn’t been filled yet, and that is something to consider as well if we get bearish momentum.

Until we see a close above 1.05, we won’t be buying this currency as the headline risks will continue to flow and the Chinese economy is starting to slow down. The Aussie are heavy exporters to China, so the two economies are linked very tightly. The trouble in China will certainly hurt the Aussie if it picks up.

We prefer selling the rallies, as we just don’t see a scenario that suggests that the “risk on” trade should be piled into. The Aussie will suffer because of the global concerns, and not of their own doing unfortunately. It should be noted that the Aussie has been stronger than its cousin the Kiwi, and we expect that to continue to be the case going forward. With this in mind, when the markets fall strongly, we will prefer looking at selling the Kiwi as a “safety trade”. The Aussie will fall as well, but the recent action suggests that it will put up much more of a fight.