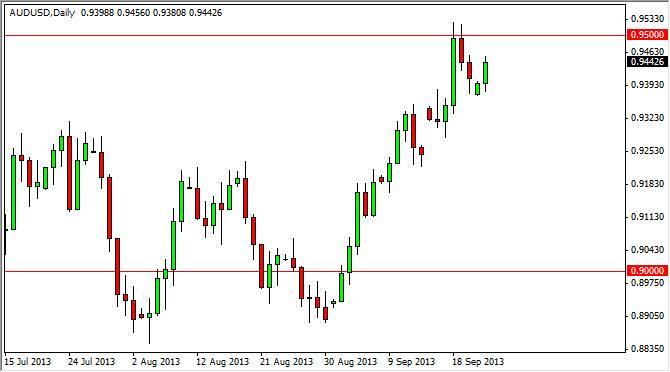 AUD/USD fell during most of the session on Tuesday as traders continue to sell risk worldwide. Also, the RBA cut rates in the early hours, which of course didn’t help the demand for the Aussie. However, in the later hours it was reported that the EU would have two simultaneous bailout funds running soon, and this got Americans excited for the risk trade again. As a result the Aussie gained in the US afternoon to form a hammer and save itself from breaking through the support that we pointed out as the bottom of the hammer on Thursday.

A break below the 1.0150 level would suggest that this pair is going to fall further as the recent move has been parabolic, and the gap from two weekends ago hasn’t been filled yet. The strength of the move has been impressive, but further upside gains will be a bit more difficult as the move has been simply far too large far too quick.

If we break the 1.0350 area, this would show a break of the resistance over the last few days, but more than likely signal a grind higher. The move up would have to contend with the entirety of a resistance area from 1.03 to 1.05 or so. The news flow has been back and forth, but one thing of note is how quickly the bad news can push this pair down over time. The top of the recent range is the 61.8% Fibonacci retrace from the recent fall, and this will be significant as well. Because of this, we are more apt to sell this pair currently as the negative headlines seem almost unending.

The situation in Europe seems to offer shorting opportunities for risk assets every other day, so because of this, “risk on” trading is short-term at best recently. We like selling rallies of risk assets like the Aussie in general, and would be very interested if we do manage to break up to the 1.05 level which should be massively resistive.