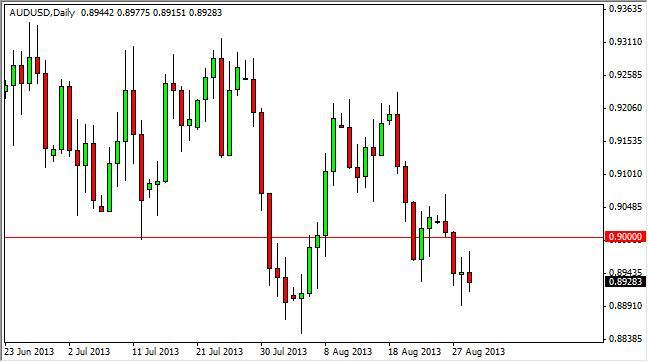 AUD/USD initially tried to rally on Tuesday but found itself selling off later in the session. The resulting candle is a shooting star that sits just above the parity level, an ominous sign in and of itself. The breaking below the parity level signals that the market is ready to fill the gap from two weekends ago, and that would see this pair go down to the 0.97 handle at least.

We aren’t buyers of this pair currently at all. The global “risk off” scenario should continue to be the stronger attitude, and with that in mind, we are not willing to buy the commodity currencies at all, Aussie included. A break below the parity level for more than an hour has us selling for 0.97 or so.