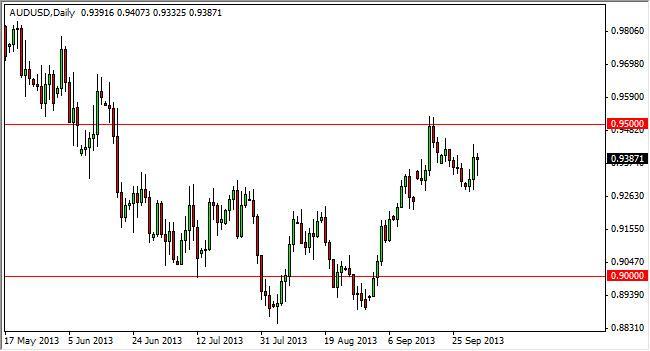 AUD/USD rose during the session on Thursday to retest the parity level as resistance. As the level was former support, this is very common from a technical perspective. The resulting daily candle was a shooting star, and this shows a failure to rally at this point. The parity level has held up as resistance, and the market is looking weak yet again.

The gap from two weekends ago goes all the way down to the 0.97 level, and this is where the market looks to be heading next. The real question now is whether or not that level holds as support, or if it gives way. It is does give way, this would be a massively bearish signal in this pair going forward.

A breaking of the bottom of the Thursday session would be a sell signal, and we are willing to sell short-term rallies as well. We won’t buy the Aussie it simply looks far too vulnerable at the moment. The commodity trade has been getting hit hard, and the Aussie has been suffering as a result. The recent sessions have seen a harsh selloff in this pair, the kind that never happens in a vacuum. With this mind, we are very bearish of this pair at the moment.

The failure to break above parity a second time would only embolden our shorting bias, and have us adding to our sell positions. The pair may continue to struggle going forward as well as the global demand for many raw materials appears to be cooling. With the Chinese economy slowing down, Australian miners are seeing less demand from their number one customer. The trend looks likely to continue as the Chinese are seeing their number one customer, Europe, fall into recession. All of this adds up to potentially slower growth around the world, and this should continue to plague the high-flying Aussie. Until the EU gets the debt problems under control, it is very likely that all rallies in this pair will simply be selling opportunities in the long run. The pair is to be sold only at this point.