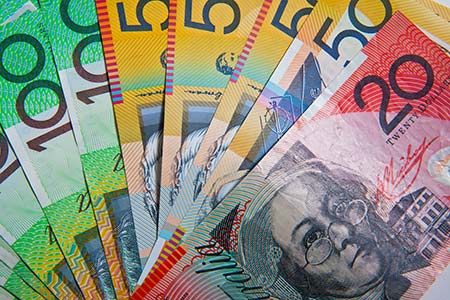 The AUD/USD is trading nearly flat after giving up earlier gains. The price action suggests investors are taking a cautious approach following the inauguration of Donald Trump as President of the United States on Friday.

In Trump’s inauguration speech, he failed to reveal the details of his economic plans but spent more time on his America first theme. Some traders felt Trump continued to play the role of candidate rather than President.

The speech also fanned the flames of protectionism which is creating a risk-off mood. At the start of the year, the U.S. Dollar was trending higher in anticipation of stronger growth and higher yields. Now, it is moving lower because of worries over trade wars and slower growth.

The main trend is up according to the daily swing chart. However, Friday’s closing price reversal top has slowed the upside momentum. A trade through .7517 will confirm the chart pattern. A confirmation will not change the trend to down, but it will indicate the selling is greater than the buying at current price levels.  A trade through .7588 will negate the chart pattern and signal a resumption of the uptrend.

The main range is .7777 to .7159. Its retracement zone is .7541 to .7468. The AUD/USD is currently trading on the strong side of this zone, giving it an upside bias. This zone is controlling the longer-term direction of the market.

Based on the current price at .7561 and the early price action, the direction of the AUD/USD today will be based on trader reaction to the price cluster at .7541 to .7539.

A sustained move over .7541 will indicate the presence of buyers. This could generate the upside momentum needed to test Friday’s high at .7588. Taking out this price will negate the reversal top could trigger an acceleration into the next resistance angle at .7647.

A sustained move under .7539 will sellers. This is followed by another price cluster at .7517. This is the trigger point for a steep break into the next target at .7468.

Watch the price action and read the order flow at .7541 to .7539. Trader reaction to this area will set the tone of the market the rest of the session.