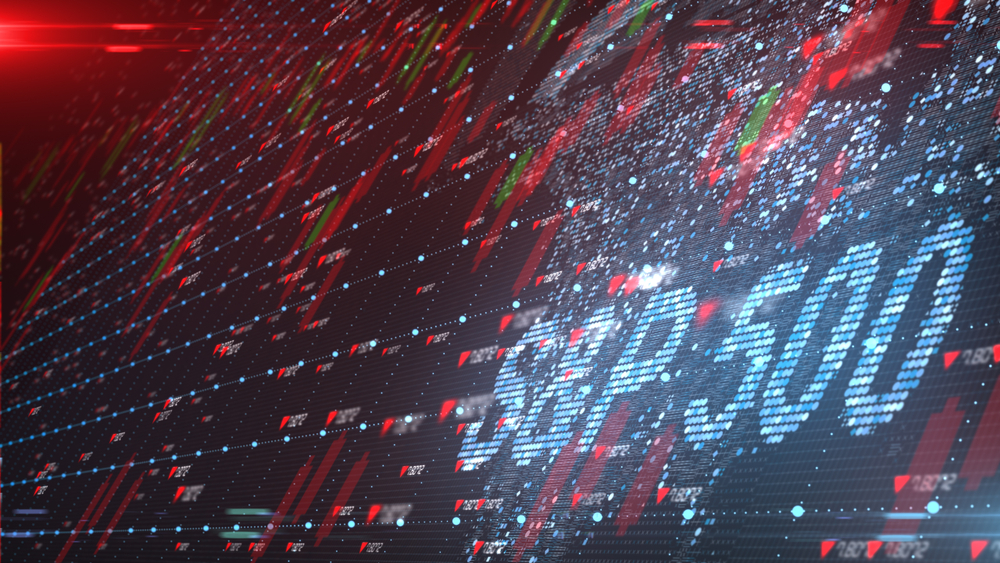 S&P 500 experienced more than 10% drop in January 2022, which was considered a sign of weakness from a Wyckoff distribution topping formation. Yet, multiple red flags were provided as early warning via this leading indicator – Russell 2000 near the end of November 2021, at least 1 month before S&P 500 had a sharp drop of more than 10%.

From 26 September till 1 October 2019, Russell 2000 had a failure of the backup action where there was a break down, test and a confirmation (highlighted in orange circle) of the intermediate support level at 1700 while S&P 500 had a breakout attempt, as shown in the chart below. 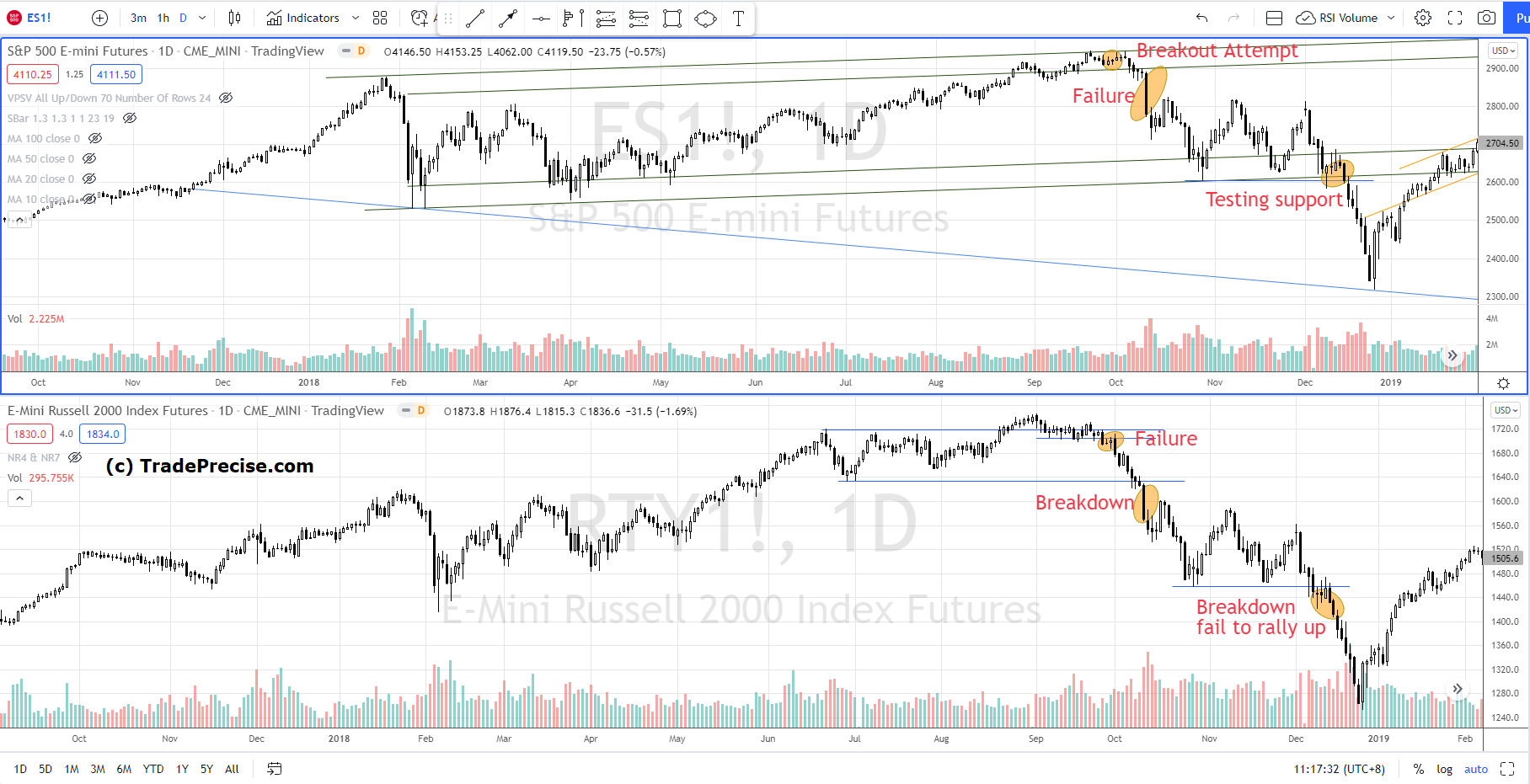 On 10 October 2019, Russell 2000 broke below the support of the swing low at 1630 with a bearish momentum bar (second orange circle) while S&P 500 had a failure of the breakout. These two events were the red flags served as early warning of the weakness in the market as Russell 2000 led the way down.

Subsequently, Russell 2000 broke below the support at 1460, tested the support-turned-resistance followed by a reversal from 7-14 December 2019 (third orange circle) to start the selloff going into Christmas. The breakdown in Russell 2000 was a leading indicator despite S&P 500 was testing the support (highlighted in orange circle). Eventually S&P 500 also broke down and had a sharp selloff of 10% in 6 sessions, similar to Russell 2000.

These distribution pattern back in 2019 were similar to what’s currently unfolding in 2022 as explained in the Wyckoff upthrust video 3 weeks ago.

On 26 November 2021 Russell 2000 futures had a failure of the backup action where the bearish momentum bar (highlighted in orange circled) committed below the resistance-turned-support near 2310, as shown in the chart below. 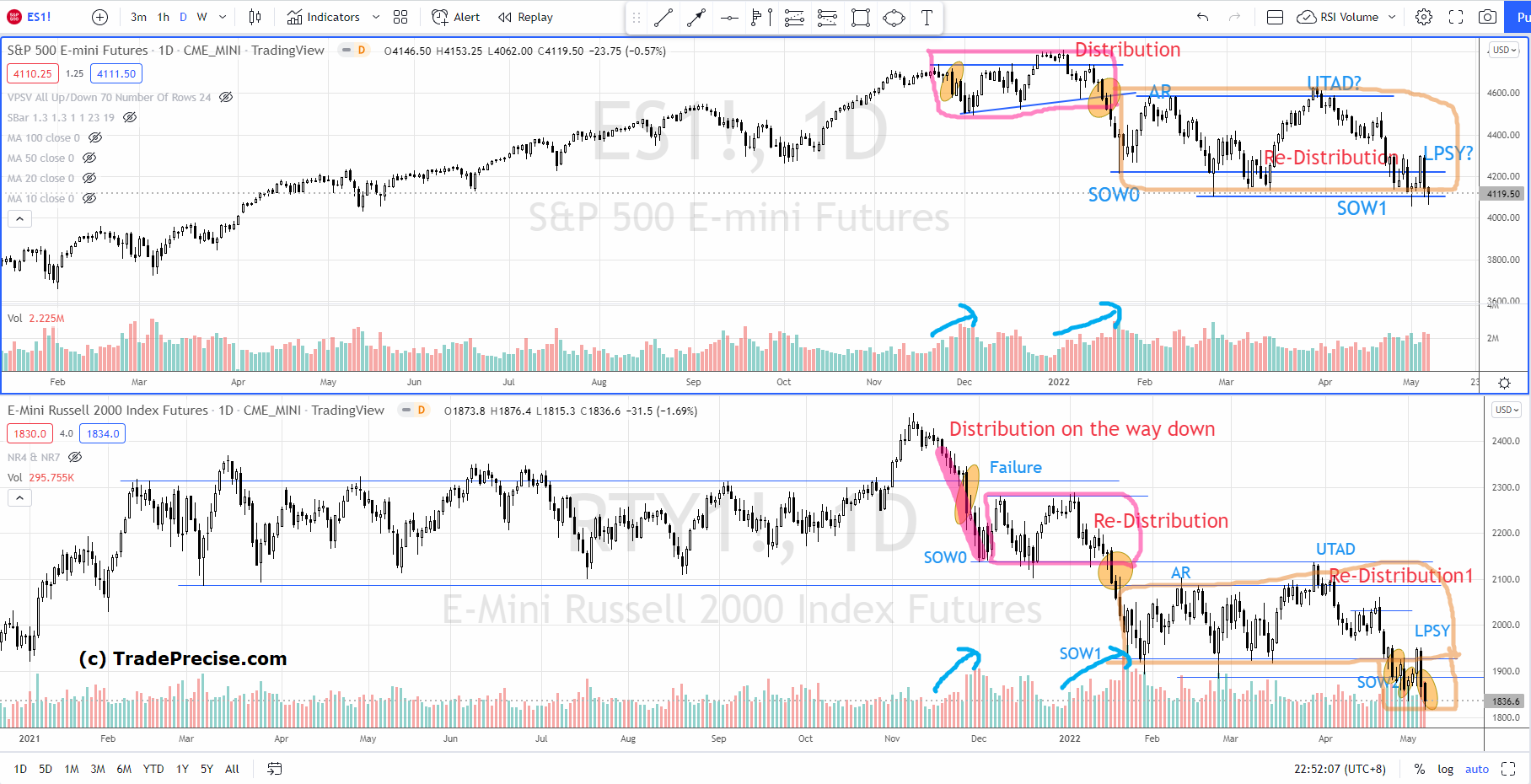 The failure was significant as it triggered a selloff with the largest down wave within the trading range between 2100-2300. The heavy supply accompanied the down wave was a sign of weakness where there was distribution on the way down, which marked the beginning of distribution.

On 18 January 2022 Russell 2000 broke down from the re-distribution structure (annotated in pink rectangle), also coincided with the support level at 2100 from the big trading range started in March 2021, which was the second red flag as early warning of the market selloff. Another wave of selling (annotated as SOW1) started in Russell 2000 after the break down while S&P 500 experienced its first correction (annotated as SOW0) of more than 10% off the peak.

Subsequently another potential re-distribution structure formed from 24 January 2022 till now. In the past 2 weeks, Russell 2000 broke down the support near 1900 followed by 2 failed attempts to rally back up while S&P 500 was still testing the support area, which was similar to the scenario in 2019 as elaborated above. This is another early warning from Russell 2000 regarding the market weakness.

Apart from using Russell 2000 as a bear market leading indicator, the price structure and the market rotation sequence are very similar to the stock market crash in 2008.

Watch the video below to find out the bearish scenarios you can expect based on 2008 global financial crisis and at what point will these scenarios get violated and turn bullish.

As Russell 2000 has been leading on the way down in the bear market as explained above, S&P 500 is likely to break below the support at 4100 to kick start another round of selloff with a sharp move down, which might be like in January 2022. Visit TradePrecise.com to get more stock market insights in email for free.