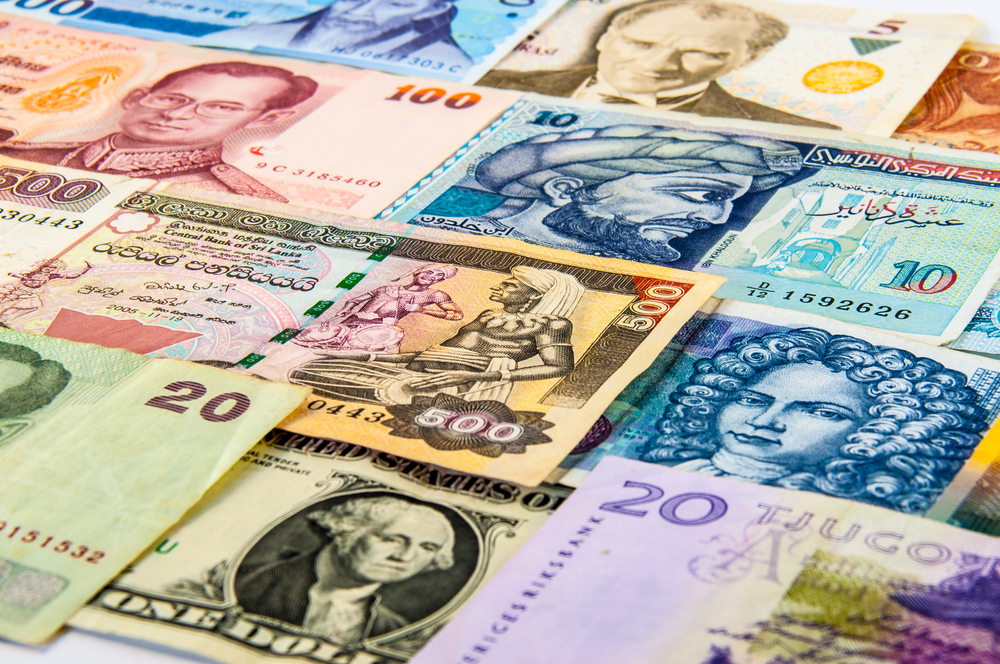 Equities were generally higher, and benchmark 10-year yields were mostly lower. China’s 10-year government bond was an exception. The yield rose a few basis points on the week to poke above 3.3% for the first time in over a year. The recovery has advanced to the degree that Chinese officials warn that monetary policy may need to adjust.

That said, it did sell a 5-year euro-denominated issue with a negative yield for the first time. Still, a string of high-profile failures continues, including a car manufacturer, real estate developer, and chipmaker last week suggests there may not be much appetite for any aggressive measures to tighten financial conditions.

Talking points in the foreign exchange market are still dominated by the virus and vaccine. Thin trading in the US afternoon seemed to have been subject to exaggerated responses to headlines (e.g., Shelton’s nomination to the Fed and stimulus talks). Turkey’s central bank delivered a strong statement to the market, and the lira tested two-month highs. South Korean officials’ verbal intervention reinforced the importance of the KRW1100 level, while Thailand’s resistance to baht strength prompted officials to relax rules on capital outflows.

The Dollar Index hovered around the trough a little above 92.00 last week. It barely held above the month’s low set on November 9, a little below 92.15. It probably takes a break of the spike low on September 1 to about 91.75 to signal a breakout. The momentum indicators show room to the downside, albeit limited before getting stretched. Perhaps a macro development, like a trade agreement between the UK and EU, could be the spark. Still, with the virus continuing to ravage Europe, three-month Euribor at record lows, and the implicit threat of verbal intervention if the euro approaches $1.20, it does not seem time for a sustained breakout.

Within the $1.16-$1.20 range that has confined the euro for a few months, the euro looks comfortable in a narrow $1.1750-$1.1900 range. It spent last week on the $1.18 handle. The MACD and Slow Stochastic show momentum still favoring the upside, and the five-day moving average is about the 20-day. However, we expect the market to be reluctant to push the euro much higher. The speed to which it came off after seeing $1.1920 on November 9 warns of possibly weak conviction. A weak preliminary PMI will increase concerns of a new economic contraction after the Q3 rebound.

The dollar takes a seven-day decline into next week. The dramatic short squeeze lifted the dollar from eight-month lows near JPY103.20 to around JPY105.65, sparked by Pfizer’s news on November 9, has almost been completely unwound. The greenback spent the pre-weekend session near JPY103.60. While the technical indicators point lower, the selling pressure appears to have dried up in recent days. A break of JPY103 would likely spur some official comments, but it may take a move above JPY104.20 to stabilize the tone.

Sterling rose by about 0.75% last week, its third weekly advance in a row. It met selling pressure a little over $1.33 like it did earlier the month. Another trade talk deadline is seen early next week, and we suspect there would be a larger market reaction if there was no deal than if there were. Many talk about the potential for as much as a 5% swing in either direction, which seems exaggerated. The momentum indicators are at a mature part of their cycles, and sterling is up around 2.5% so far this month.

The one-week implied volatility finished the week near 10.25%, its lowest weekly close in four weeks. Sterling has also gained around 1% against the euro over the past two weeks. Our thought is to fade dramatic moves.

The greenback’s gains scored in the wake of the Pfizer news against the Canadian dollar were partly unwound last week. In fact, the US dollar had approached the (61.8%) retracement objective found near CAD1.3020. The momentum indicators did not move much last week as the US dollar traded within the previous week’s range.

Next week, the light economic calendar reinforces our sense that the main drivers of the Canadian dollar are not to be found in Canada but the broader appetite for risk. Although the US fell to lows for the year on November 9 near CAD1.2930, initial support is still seen around CAD1.30. The CAD1.3100-CAD1.3120 area may provide the nearby cap.

The Australian dollar finished its third consecutive weekly advance on a firm tone above $0.7300. However, it spent the week in a narrow band around there and could not take out the previous week’s high near $0.7340, despite a larger than expected jump in employment. The Australian dollar has appreciated by 4% this month, and the momentum indicators are getting stretched. While a marginal new high is possible, the September 1 and year-high near $0.7415 seems too far.

The dollar posted its lowest weekly close since early March against the Mexican peso, below MXN20.10. Since the end of July, the greenback has managed to close higher on a weekly basis only three times. It is not Mexico’s macro situation that underpins the peso and has driven nearly 5.5% already this month. Portfolio capital flows, drawn to its relatively high yields (e.g., ~4.25% on three-month bills), appear to be the main considerations on top of a trade surplus and strong worker remittances.

The peso is also a favorite of the speculative community and carry-trades. A break of MXN20.00 is possible near-term, and the pressure is relentless. The momentum indicators stretched and reflect that the dollar has fallen from the MXN22.00 spike high on November 4.

The yuan strengthened by about two-thirds of a percentage point last week to make it about 2% richer on the month. Year-to-date, its 6.1% gain leads the emerging market currencies. Even shallow pullbacks are bought. Old support for the US dollar, near CNY6.60, now serves as resistance. Given China’s importance as a trading partner, it was thought the yuan appreciation would give scope for other emerging Asia currencies to appreciate.

South Korea and Thailand showed that this might not be the case and dollar invoicing is still common even when a US company is not involved. If the yuan’s adjustment is on par with the one in 2010-2011 or 2017-2018, the dollar could be headed toward CNY6.40. Alternatively, the US Treasury opined that the yuan was 5% undervalued. If this was corrected, the dollar would be near CNY6.20.

The combination of the prospects for a vaccine and that Shelton looks unlikely to join the Fed sent gold down for a second consecutive week and the first back-to-back weekly loss in three months. Support was found a little above the previous week’s low near $1850. The upticks were not impressive, and the bounce stalled near $1880. A break of $1850 could open the door to $1800, but we suspect bargain hunters are lurking and are looking for some sign that the selling pressure has abated and will likely react strongly to any reversal pattern in the price action. A move above $1900 would begin healing the scar tissue,

If the prospects of a vaccine weighed on gold prices by reducing the perceived need for a safe-haven, it helped oil by strengthening the case for demand. January WTI rose a little more than 4% last after surging around 11.5% over the previous two weeks. Except for a brief and limited disruption in the middle of the week, the price of oil stayed within Monday’s range (~$40.40-$42.35). The November 9 high was set near $43.35, and that remains the near-term objective. Initial support is seen near $41.80. The MACD is trending higher, but the Slow Stochastic is flatlining near its highs.

The US 10-year yield slipped six basis points last week to finish near 0.83% and is four basis points lower than the end of last month. Speculation that the Fed will shift its purchases to the longer-dated maturities countered the “reflation trade” that has helped lift the yield to 0.97%, where it stalled. With the two-year anchored by the Fed’s steady rate policy, the lion’s share of the decline in the 10-year yield filtered to the 2-10-year yield curve.

Despite the rise in oil prices, and commodity prices more broadly (including soy and copper), with the CRB Index at eight-month highs, inflation expectations softened as reflected in the five-year forward forward and the 10-year breakeven. The 10-year note futures’ momentum indicators suggest there is more upside potential, but prices are stalling around 138-16, a (61.8%) retracement objective of the decline since the November 5 high.

The high for the week was set last Monday after a gap higher opening, and a new closing record high was set near 3627. The gap was closed the following session, and prices did not bottom until Thursday around 3544. Price reversed higher, but there was no follow-through buying, and the pre-weekend session was spent in a narrow 15 point range, the smallest range in three-months.

When Pfizer’s news first broke, there was a rotation, and the NASDAQ underperformed the other benchmarks and the Russell 2000, but last week, the NASDAQ gained while the Dow and S&P 500 slipped. However, the Russell 2000 beat the NASDAQ again (~2.3% to 0.8%). Indeed, the Russell 2000 is up 14% over the past three months while the S&P and NASDAQ are up 5.6% and 5.8%, respectively. Near newly minted record highs, resistance is not meaningful. Support is seen near 3500.