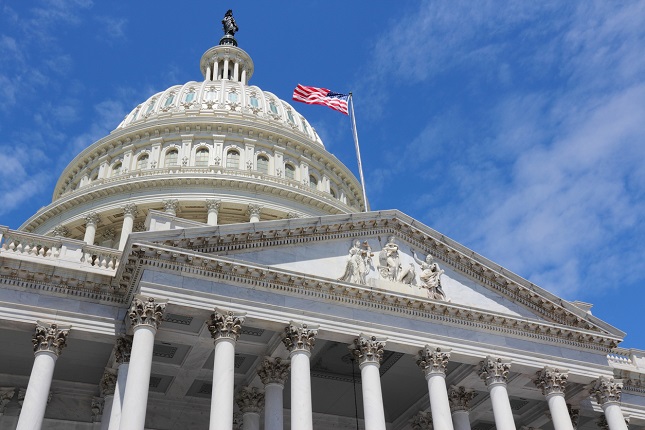 The odds for a Trump second term have narrowed as Joe Biden won Wisconsin and Michigan overnight, two key swing states which puts him within six electoral votes of the Oval Office.

All the major US stock markets closed firmly in positive territory with the tech-heavy Nasdaq leading the way, after gaining as much as 3.5% and futures continuing to point up. Asian markets are similarly upbeat with the Nikkei climbing 1.3% and taking the benchmark above 24,000 for the first time since January.

Investors have returned to the top performing parts of the market – namely the Tech megacaps – as the prospect of lower stimulus spending and US growth draws ever closer. Results out of Nevada later today could prove the tipping point for the election result, with the state due to report by noon time in New York.

As we said yesterday, the reflation trade – a big Democratic win driving a bumper stimulus package to fuel growth, and potentially inflation – is being unwound with bond selling driving yields aggressively lower.

The US 10-year yield has dropped over 20 basis points over the last 24 hours, a huge move, as markets look towards a Biden victory but divided Congress. There will be no tax hikes, no infrastructure spending and no green energy spending as the Democrat’s domestic policy becomes a lame duck.

King Dollar sits at the bottom of the major currency pile this week with traders re-pricing a Biden presidency and pushing EUR/USD to 1.1740. Markets will focus on the Fed meeting later today and its assessment on the economy, given the new corona wave and for any guidance on future action, especially with regard to bond buying.

EUR/USD whipsawed around yesterday but any dollar gains were soon blocked, and the pair returned within its established range. The 1.1612 level proved to be strong support and the 50-day Moving Average looms above around 1.1775 as first resistance, coinciding with yesterday’s high.

Lest we forget, it’s Super Thursday and this morning’s BoE surprised some in the market by launching more stimulus than expected, in an effort to boost consumer spending. The MPC voted to buy another £150 billion of government bonds pushing the total to £895 billion, while it left rates unchanged at 0.1% and said it did not consider voting to impose negative rates. The Bank forecast a double-dip recession for the UK following the second lockdown being imposed today.

There are still ‘serious gaps’ between the two sides in Brexit talks according to the EU’s Barnier, as a lack of progress pushed EUR/GBP earlier in the session back into the recent range. The 50-day Moving Average has capped gains above 0.9068, with today’s central bank action pushing prices back to the lower part of that range. Brexit talks are set to resume next week as the mid-November ‘final’ deadline approaches – watch for the headlines!