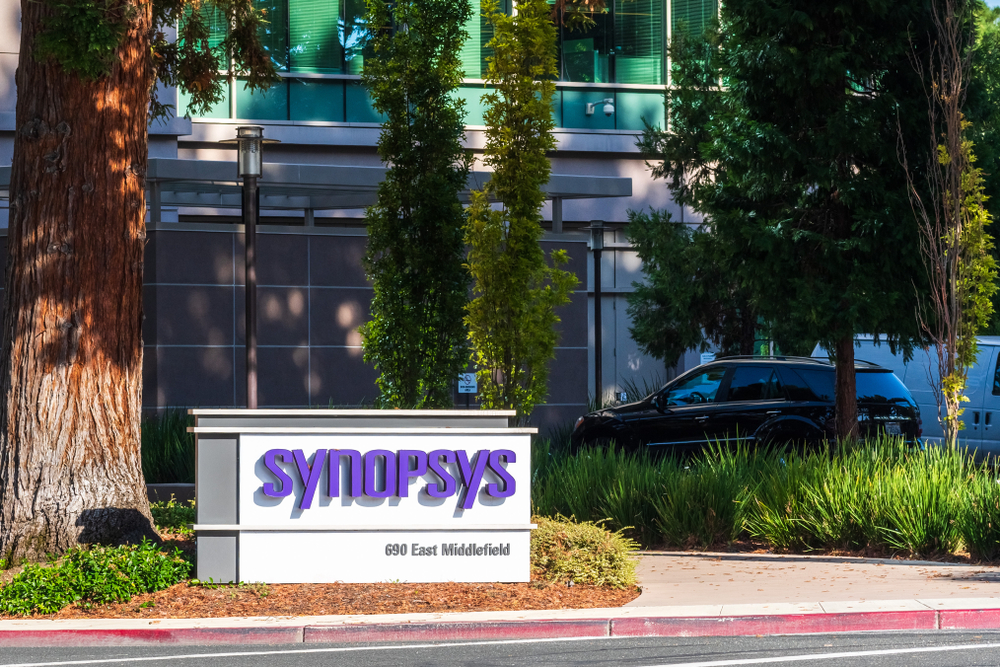 The electronic design automation firm has pulled back due to growth stock weakness, a technology sharing investigation, and debt concerns. But another likely reason is Big Money selling the stock.

So, what’s Big Money? Said simply, that’s when a stock goes down in price alongside chunky volumes. It’s indicative of institutions selling the shares.

Smart money managers are always looking for the next hot stock. And Synopsys has many fundamental qualities that are attractive. But sometimes when values decline, money managers look to sell or may be forced to liquidate.

This downward movement creates uncertainty for the stock going forward. And as I’ll show you, the Big Money has been exiting the shares recently.

You see, fund managers are always looking to bet on the next outlier stocks…the best in class. They spend countless hours sizing up companies, reading reports, speaking to analysts…you name it. When they find a company firing on all cylinders, they pounce in a big way. But Big Money sells too, especially when the situation changes.

That’s why I’ve learned how critical it is to gauge Big Money demand for shares. To show you what I mean, have a look at all the Big Money signals SNPS has made the last year. 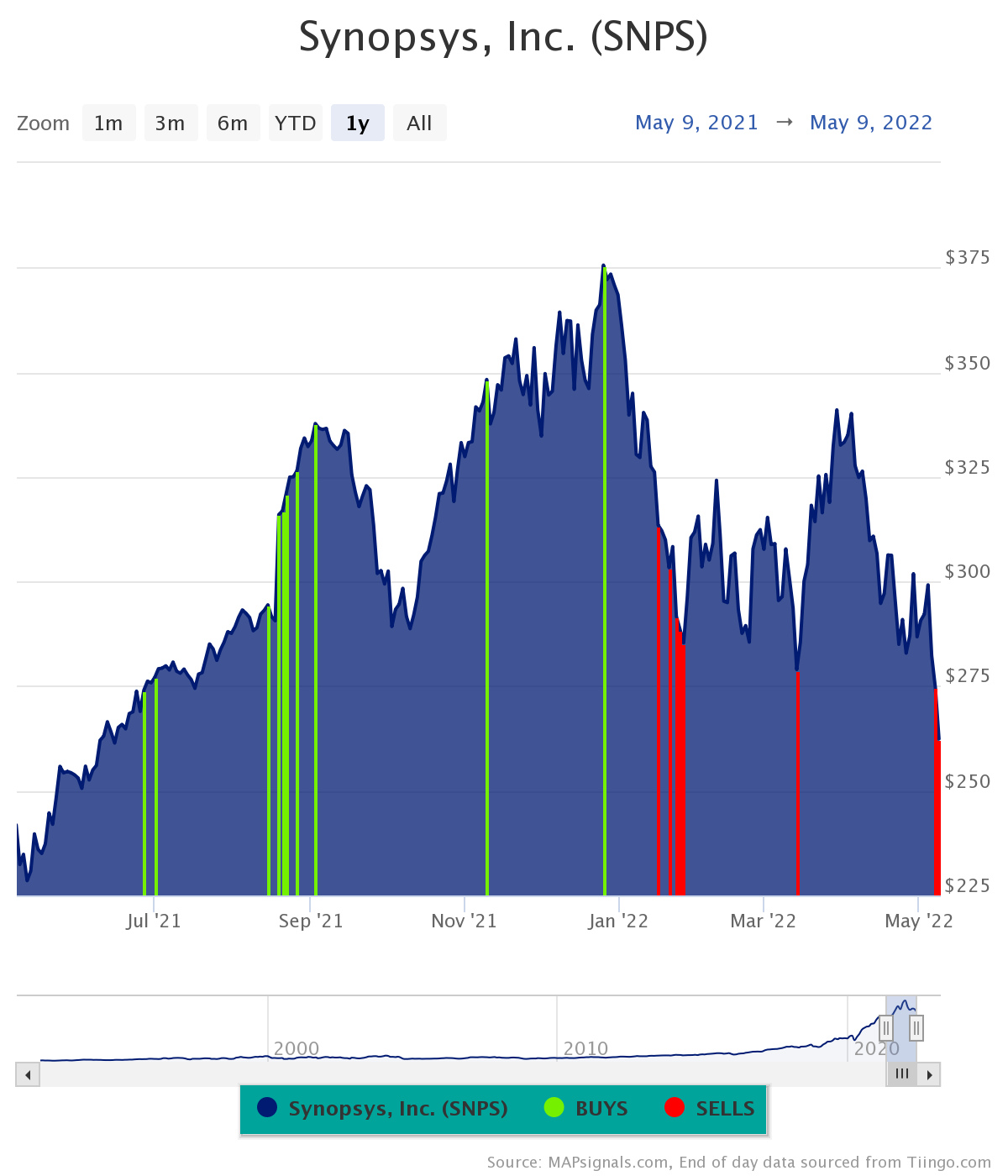 Heavy underperformance is an obvious red flag for leading stocks.

Next, it’s a good idea to check under the hood. Meaning, I want to understand the fundamental story too. As you can see, Synopsys has been growing sales and earnings at double-digit rates. Take a look:

Marrying great fundamentals with technically superior stocks is a winning recipe over the long-term. But when there is disagreement between the two, it could mean the situation has changed. Or it could be a huge long-term value play on a great stock. In the case of Synopsys, investors buying at each red mark prior to this year would have gained: 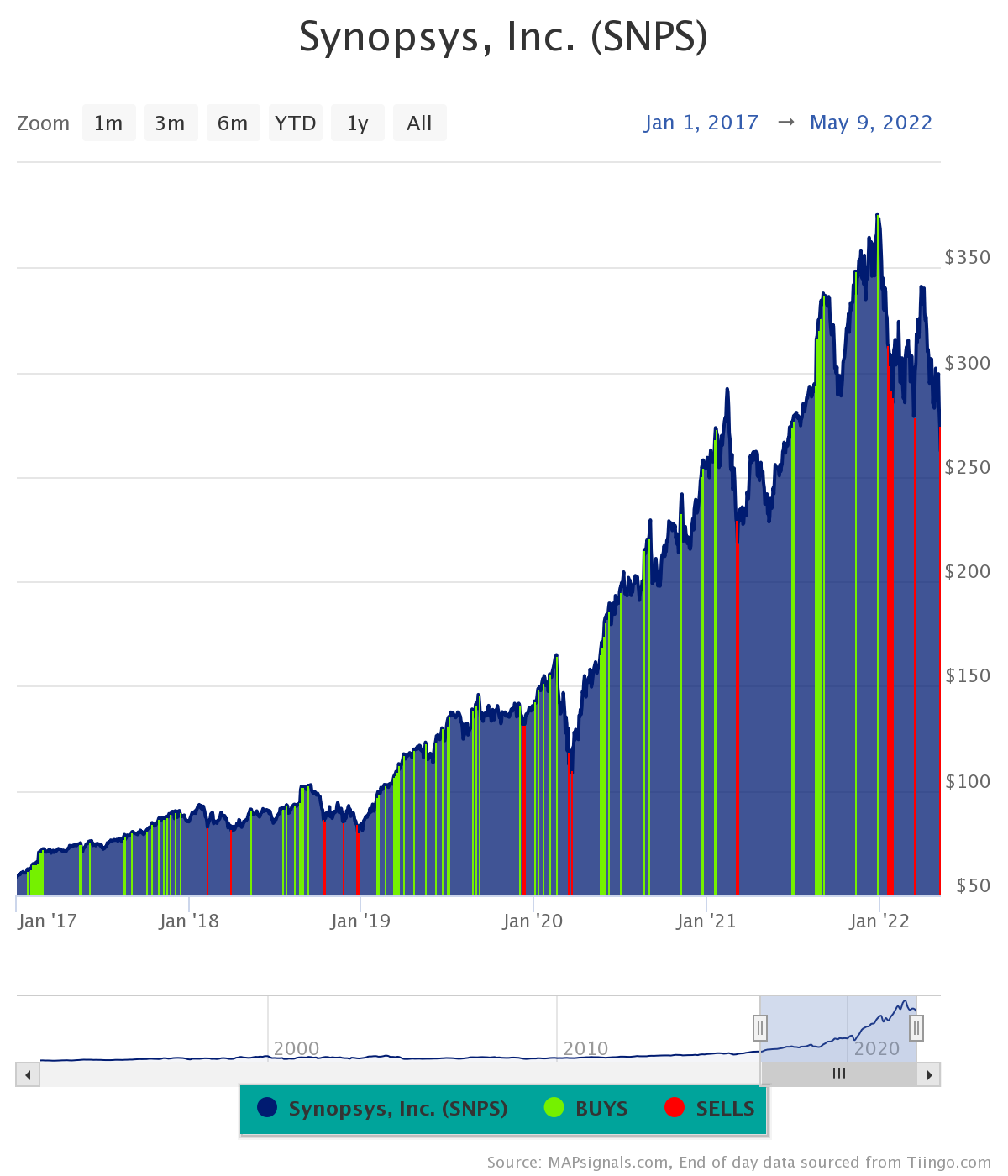 In fact, SNPS has been a top-rated stock at my research firm, MAPsignals, for years. That means the stock has had buy pressure, strong technicals, and growing fundamentals. We have a ranking process that showcases stocks like this on a weekly basis. Usually when selling dries up, great stocks rally again.

Despite the recent decline, long-term investors can consider it a winner. The blue bars below show the times that Synopsys was a top pick since 2012: 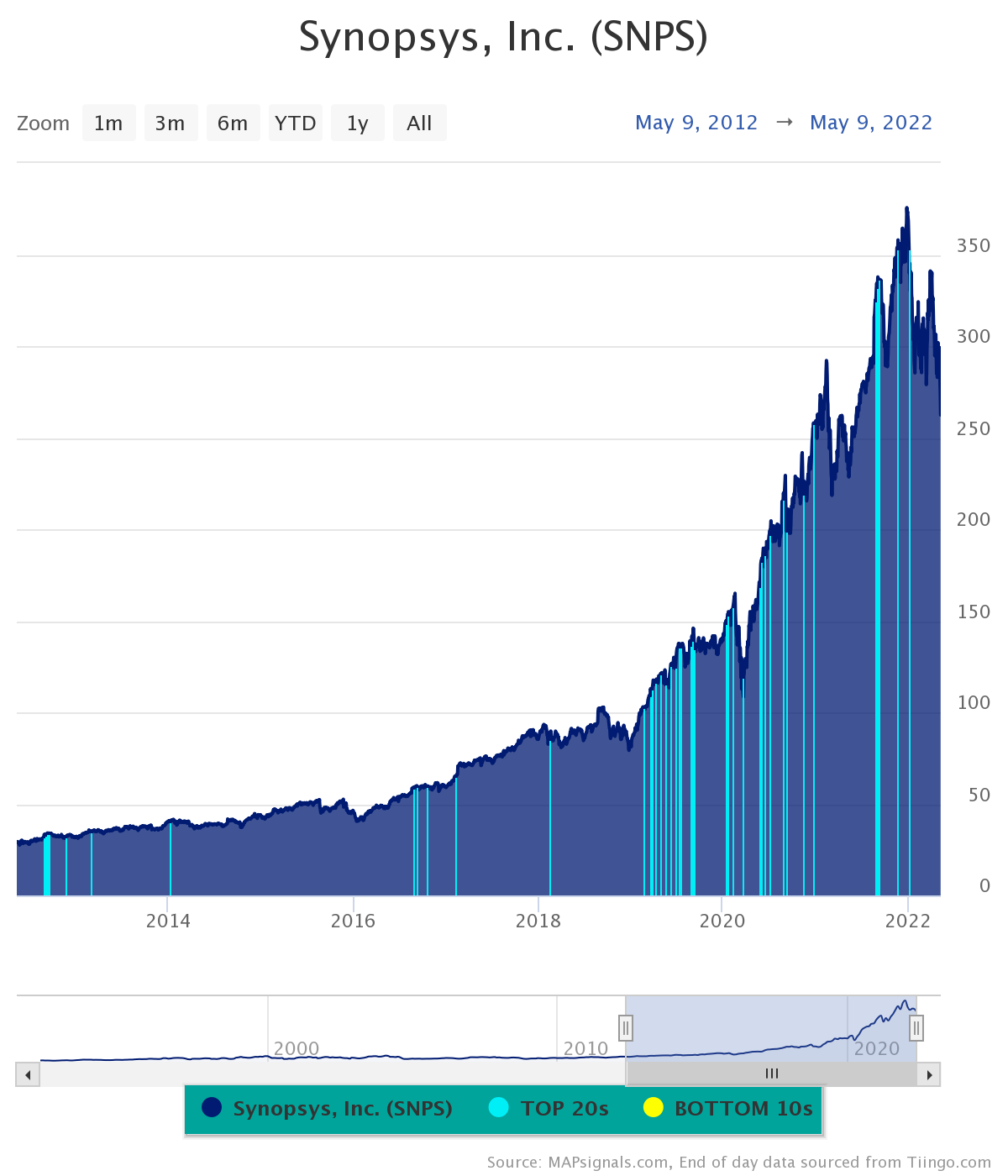 It’s been a top stock in the technology sector according to the MAPsignals process. I wouldn’t be surprised if SNPS reappears on this list in the years to come. Let’s tie this all together.

The Synopsys decline makes the stock look oversold. Big Money selling in the shares is signaling to take notice. But given the historical gains in share price and strong fundamentals, this stock could be a huge value play long-term and still worth a spot in a growth-oriented portfolio.

Disclosure: the author holds no positions in SNPS at the time of publication.