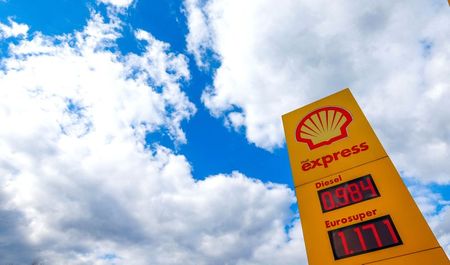 Royal Dutch Shell PLC, known colloquially as simply ‘Shell’, is having a field day, if you’ll pardon the pun, as its stock has rocketed by an astonishing 112.6 points, which equates to 8.09% in just one month.

As an overall result, Shell has stated today that it will boost shareholder pay-outs from the second quarter of this financial year after a sharp rise in petroleum prices and boost in demand for crude oil helped it reduce its debts.

Against the backdrop of woke, elbow-bumping caricaturist Western politicians who have spent the last few years spewing anti-business, anti-establishment diatribe in an arrogant, dictatorial way that only Banksy would be proud of and inventing absurd laws in the name of perceived ‘climate change’ along with the inevitability that vehicles, factories and homes that are no longer powered by fossil fuels will certainly arrive soon, it would on the face of it be surprising that oil is making such an incredible resurgence.

However, propaganda is all it is, and whilst some highly advanced Western countries such as Sweden are ultra-clean and there has been a well-engineered shift toward green energy without seeing the country’s prime minister grinning and wearing a banal lab suit when not qualified as a scientist, there are many pretenders, and many users of good old crude oil without attempting to disguise it.

Whilst those very elbow-bumping, lab suit-wearing, grinning G7 politicians keep the lockdown charade going, the highly industrious Asia Pacific region is hard at work and has been for the past 16 months whilst the populations of many European nations have been told to hide behind their sofa at the same time as being told that by merely existing they are ‘killing the planet’ to the extent that there is a ‘climate emergency’.

A quick trip on a standard, kerosene-fuelled plane to Singapore, mainland China, Japan, Indonesia, Taiwan, India, Malaysia, Vietnam or Thailand, all of which make up the region of the world where the majority of the world’s population resides, would demonstrate that the hive of industrious activity in that region is at an all-time high, with the hard-working producers of pretty much everything in everyday use across the world today going about their daily lives at full speed.

South and Southeast Asia are the world’s largest consumers of oil, and there is no such whimsical climate-related caterwauling from anyone in the region. It’s simply full steam ahead, perhaps in this case full oil ahead.

Yesterday’s abandonment of its meeting without a deal by the OPEC+ nations has been sensationalized across the mainstream media.

The attempts to resolve an internal dispute between two sheikdoms is really not the crux of the matter at all, and the oil market is still absolutely rocketing in general, something it has been doing for a few weeks.

The feudal ideology that unless an agreement can be salvaged, the OPEC+ Countries and its allies won’t increase production for August thus depriving supplies is old hat really.

The greenwash that is everywhere now on Western channels is quite simply that – greenwash. Oil demand is relevant.

A few weeks ago, Goldman Sachs analysts said that we would see the $80 oil barrel very soon, and at the time that appeared outlandish, yet here we are at $76 per barrel for crude oil.

Whilst there is a lot of infighting within the OPEC+ countries, we have to consider that Russia, which despite sanctions enforced by many Western nations, has been opening its pipeline to the United States recently. Russian Deputy Prime Minister Alexander Novak last month said that with all of the climate clamour that is currently abound and the IEA roadmap, “The price for oil will go to, what, $200?”.

That wouldn’t be a comment made flippantly at all, especially given that Russia’s government never stoops to trends, and that Oil and gas are responsible for more than 60% of Russia’s exports and provide more than 30% of the country’s gross domestic product. Gazprom is the largest publicly listed energy company in the world and the largest company in Russia by revenue, and its products are entirely fossil fuel.

All this, without even going into the absurd activism that is demanding that Big Oil drastically cut emissions and shift strategies to investment in low-carbon energy instead of oil and gas. Of course, clean energy and progress is important, but its highly political and potentially costly!

Goldman Sachs has been almost proven right, and despite the push for alternative and sustainable energy that is all over the Western media, the electric car revolution – 33% of the new cars in Europe and UK are electric or plug in hybrid – demand is still huge for oil.

The US, whose relationship with Russia is very complicated, is a pioneer in electric vehicles, yet it remains the third largest consumer of oil in the world, and Russia is one of its key suppliers.

Therefore, the talks breaking down in the OPEC+ nations of the middle east, added to the rise in sustainable fuels does not affect the fact that oil is in higher demand than ever.

Authorised and regulated by the Financial Conduct Authority, with Firm Reference Number 124721.