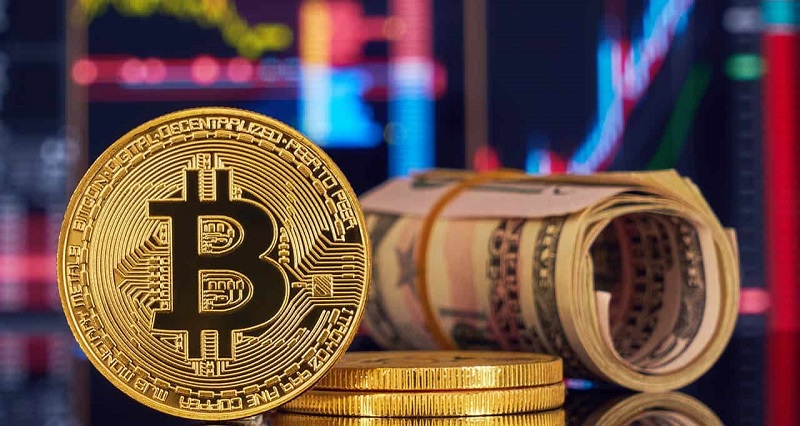 Now that bitcoin has made a fresh all-time high of above $66,000, investors are wondering what comes next. Crypto bulls are convinced that the current market cycle is far from over and there are more gains to come right around the corner. The catalysts are certainly in place, with major institutions like Pimco now coming off the sidelines and into cryptocurrencies. Fintech billionaire Peter Thiel is also bullish on the bitcoin price.

Thiel, a venture capitalist who co-founded PayPal, has a history of spotting technology gems. On bitcoin, however, even he is surprised on how far it has come. Thiel was featured in a fireside chat as part of an event hosted by Lincoln Network in Miami, Fla.

Bitcoin was the elephant in the room at the event, given its ascent to a new record, and the tech entrepreneur seemingly wishes he owned more. Thiel is cited by Bloomberg as stating,

“You’re supposed to just buy bitcoin. I feel like I’ve been underinvested in it.”

Thiel held back from owning more bitcoin for the same reason many investors may do the same — he believed that the cat was already out of the bag. Now he is second guessing his assumption, saying, “Maybe it still is enough of a secret” and noting,

“I think the answers are still to go long.”

As for whether the price will continue to rise, Thiel could only conclude that the answer is “maybe.” Nonetheless, he is quick to point out that bitcoin demand is a sure sign that central banks are facing a “complete bankruptcy moment.”

Bitcoin’s bull run has also prompted more institutions to come off the sidelines on crypto. Most recently, fixed income asset management giant Pimco, which oversees more than $2 trillion in AUM, is poised to allocate capital to cryptocurrencies including bitcoin.

In an interview with CNBC, Pimco CIO Daniel Ivascyn revealed that the firm could no longer ignore “an area that is rapidly growing.” While the firm is taking “baby steps,” it is “looking at potentially trading certain cryptocurrencies,” according to Ivascyn.

Institutional adoption is one of the major catalysts for the bitcoin price, especially with inflation on the rise. Meanwhile, the price of gold, which is the rival store-of-value asset to bitcoin, is in the doldrums, having fallen 7% in the last 12-month period.