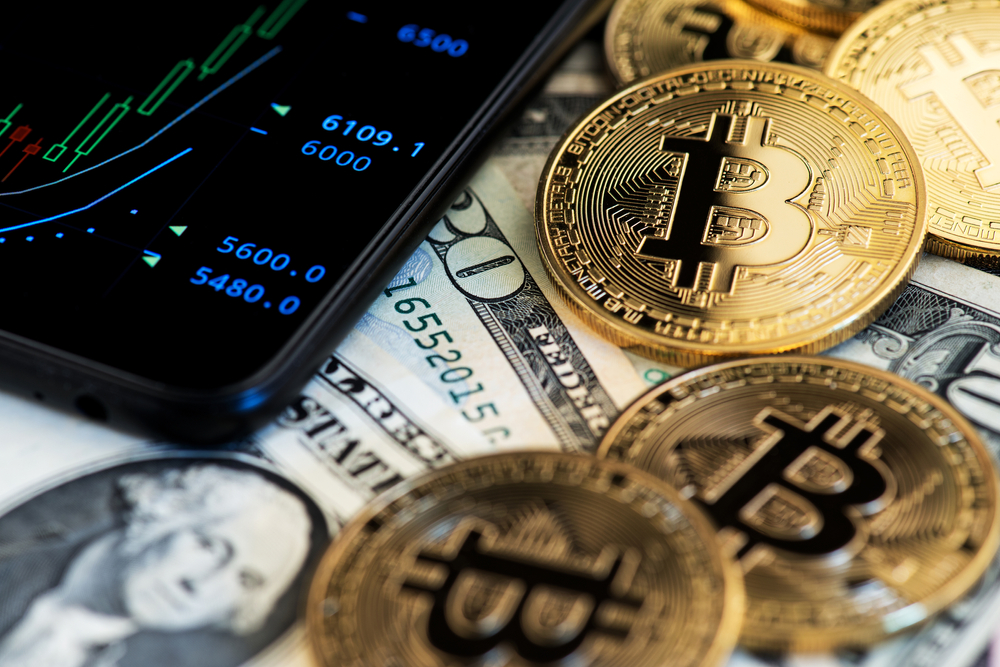 The cryptocurrency Fear and Greed Index was down 1 point to 23 by Friday, remaining in “extreme fear”. Bitcoin developed an upward correction on Thursday amid strengthening stock indices. However, the first cryptocurrency faces increased selloffs as it attempts to climb above 40k. The former uptrend support line is temporarily working as resistance.

At the same time, the BTCUSD is in an oversold position. The RSI index on the daily charts formed a double bottom in April against declining local price lows, which feeds timid hopes of exhausting the downward momentum and the possibility of a more reliable reversal. Bitcoin now clearly needs global demand for risky assets and stock market support to push back the local negativity. At the same time, the adoption and proliferation of cryptocurrencies are running their course, building a foundation for long-term optimism about the industry. 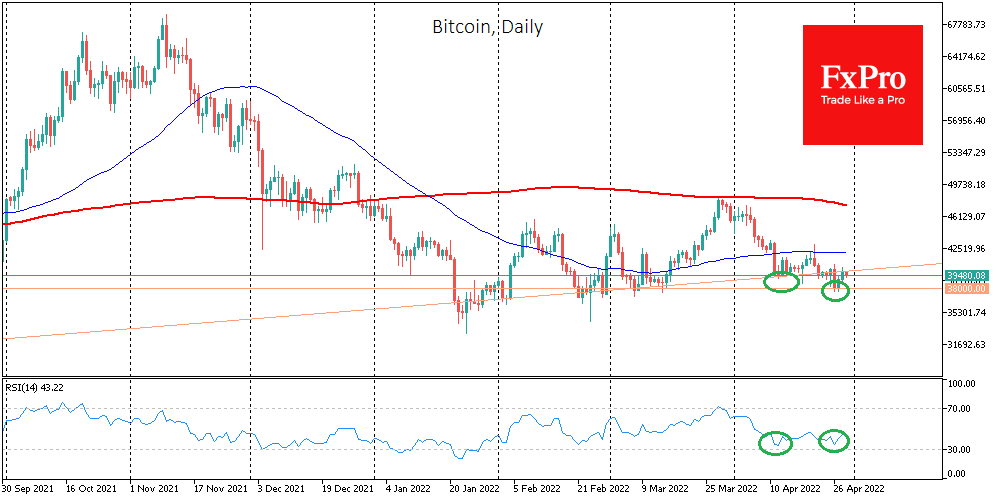 According to a survey by cryptocurrency exchange Bitstamp, 88% of institutional and 75% of retail investors believe that cryptocurrencies will become widespread before the end of the decade. Meanwhile, the confidence level in digital assets in emerging economies is markedly higher than in developed economies, where regulation is stricter.

According to El Salvador’s National Bureau of Economic Research (NBER), more than 20% of the country’s businesses accept bitcoin as a means of payment. A big luxury real estate developer in UAE, DAMAC Properties, has announced that it is ready to accept payments in BTC and ETH.

US Congressman Patrick McHenry called for a separate regulator for the crypto industry and specific federal legislation. He criticised US regulators for their short-sightedness and lack of attention to the cryptocurrency industry.

Another recalculation of the first cryptocurrency’s mining complexity showed that the figure rose by 5.56% to 27.79 trillion hashes, setting another record. The new record complexity will make bitcoin mining more labour-intensive and less profitable and often accompanies the rise in bitcoin prices.