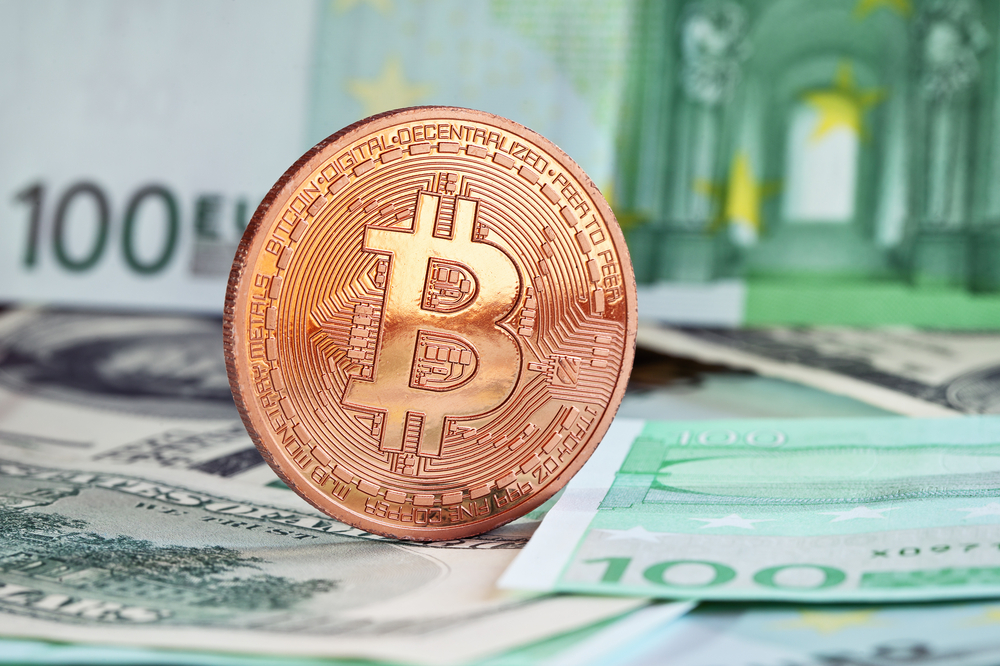 Bitcoin managed to find support near $30,000 during yesterday’s sell-off and rebounded towards the $40,000 level as speculative traders rushed to buy the cryptocurrency after yesterday’s huge sell-off.

Similar trading dynamics can been seen in other yesterday’s losers. Ethereum failed to settle below $1900 and moved towards $2700, while Dogecoin rebounded to $0.38 after trading as low as $0.2150.

While China’s decision to ban financial firms from crypto business served as the main catalyst for the sell-off, it looks that traders’ protective stops and margin calls contributed to the selling wave.

Meanwhile, some traders used the huge sell-off as an opportunity to get into Bitcoin and other cryptocurrencies at lower levels. Bitcoin’s recent correction was very strong as Bitcoin declined from the $60,000 level to the $30,000 level in just several weeks. However, I’d note that Bitcoin traded at $30,000 back in January and it remains far above the $10,000 level which was seen back in October 2020. 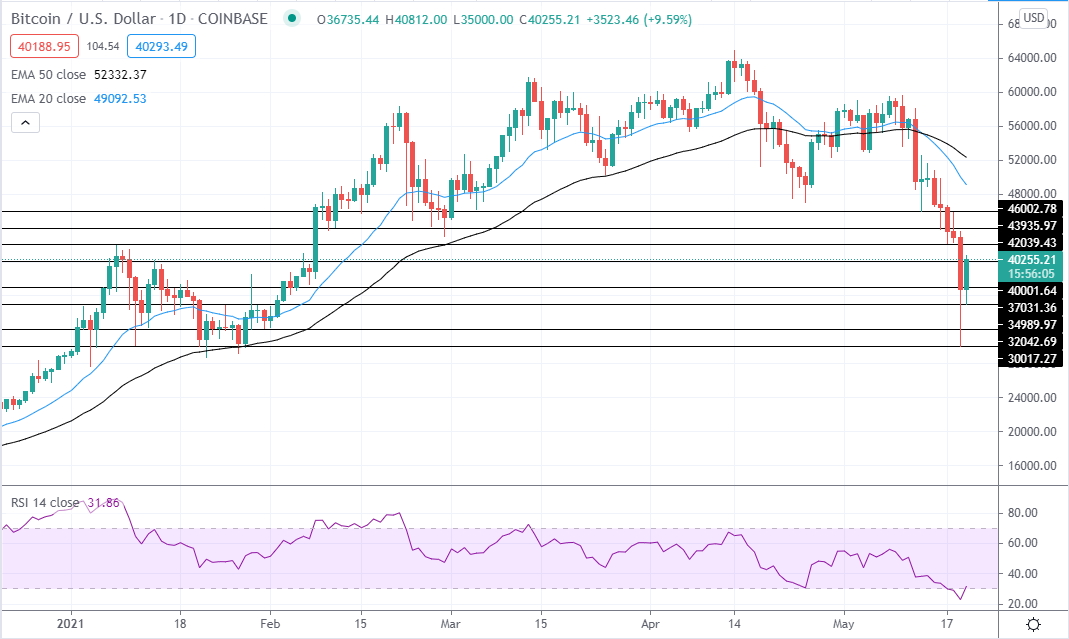 Bitcoin is currently trying to settle above the resistance at the $40,000 level. RSI has just moved back into the moderate territory so there is plenty of room to gain additional upside momentum in case the right catalysts emerge.