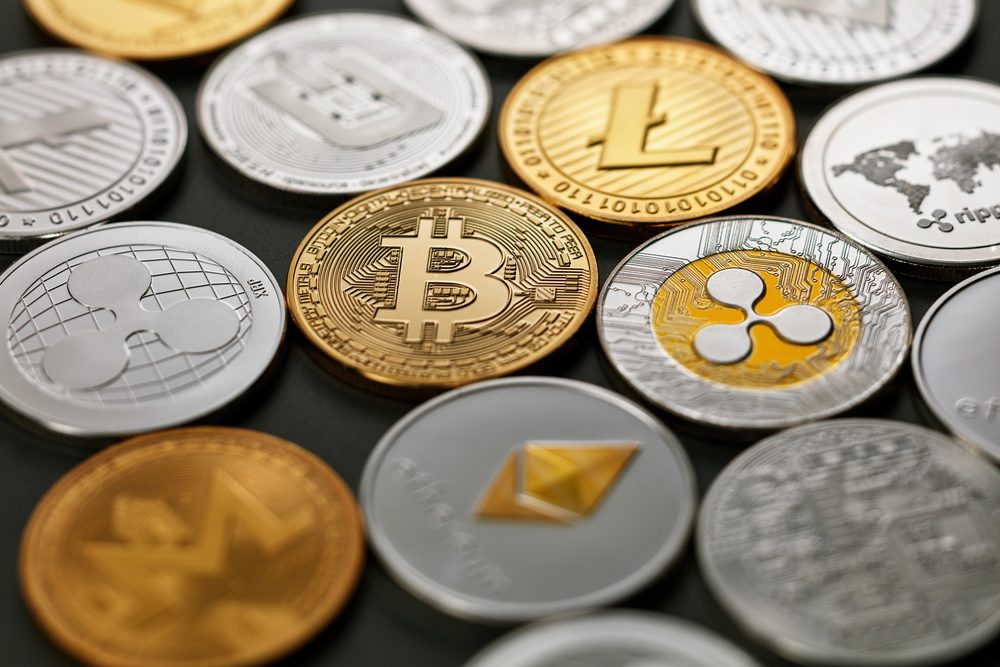 Moderate but steady optimism around bitcoin is the best breeding ground for altcoin buyers.

Bitcoin is trading around the resistance

For the last ten days, we have seen a systematic increase in prices, although with a very modest amplitude by the standards of the crypto market. Ethereum added 3.4%, other leading altcoins from the top ten are in the range from +1% (XRP) to +12% (Dogecoin).

According to CoinMarketCap, the total capitalization of the crypto market grew by 2.8% over the past day, to $1.96 trillion. The Bitcoin Dominance Index lost another 0.2% to 41.7%.

The crypto-currency index of fear and greed has grown by 9 points, to 40. This is still a fear zone, but already close to neutral territory. 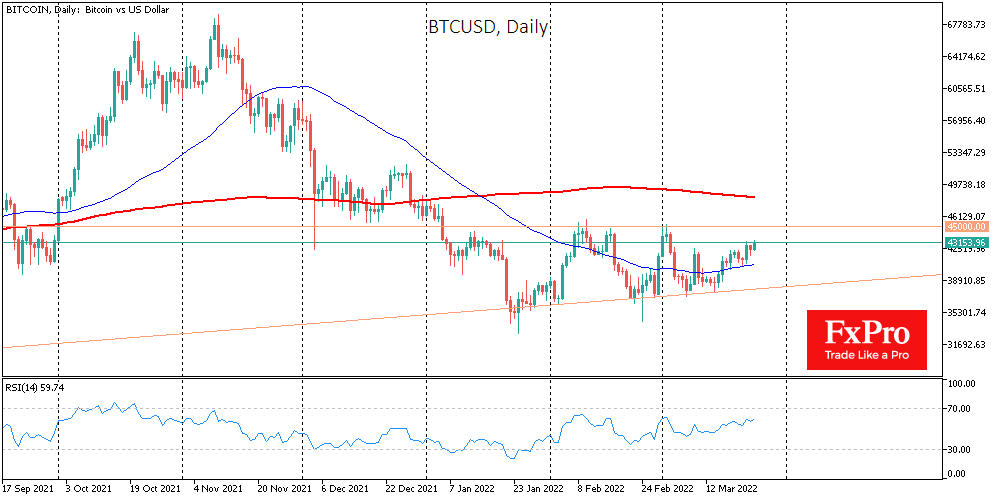 Bitcoin retreated from the resistance at $43K on Tuesday. However, on Thursday it is making attempts to gain a foothold above this mark again. The last rollback in this case could be nothing more than a tactical retreat of the bulls in order to develop growth with renewed vigor. Nevertheless, confidence in the formation of a strong bullish momentum will come only after BTCUSD fixes above 45 thousand, from where we saw reversals in February and early March.

Moderate but steady optimism around bitcoin is the best breeding ground for altcoin buyers. It is clearly seen that their dynamics is now better than that of the first cryptocurrency. If this trend continues for a couple more days, the effect of a feedback loop may work, when the outstripping growth of altcoins will pull Bitcoin up.

Market Cap may grow in 15 times

Bank of America predicts that regulation of the cryptocurrency market will increase confidence and increase its capitalization by 15 times, up to $30 trillion.

The former head of one of the divisions of Bank of America, David Woo, believes that bitcoin will face economic and geopolitical pressure after the launch of the state digital currency (CBDC) of the United States. China has already acted in a similar way, which has come closest to the introduction of the digital yuan.

Thailand will ban the usage of cryptocurrencies as a means of payment from April 1. They declared that such payments have a negative impact on the financial system and reduce the effectiveness of the state’s monetary policy.