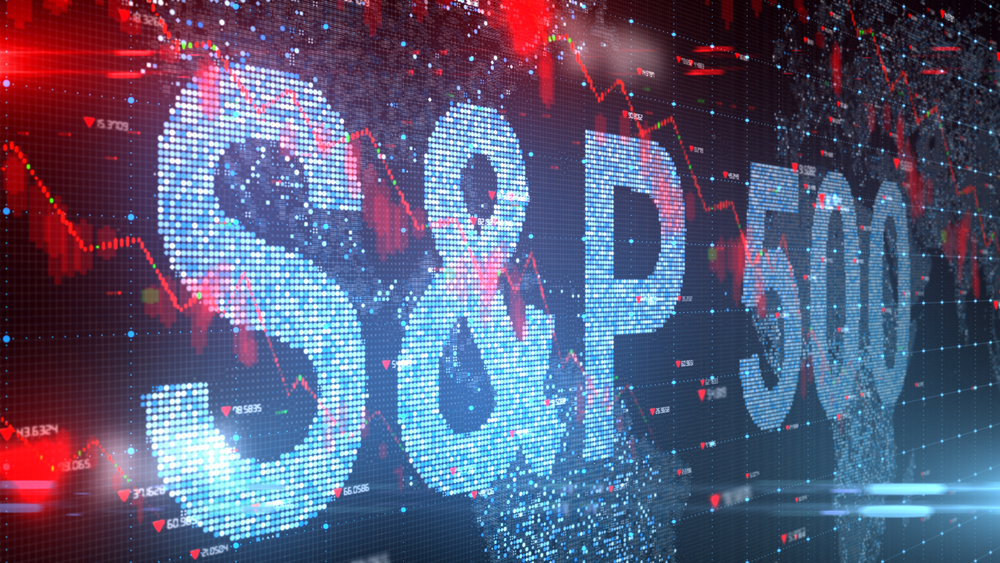 On 24 February 2022 a bullish reversal pattern (Wyckoff spring) showed up in the 4 US major indices. Detailed market outlook of S&P 500 (SPX) using the price action, volume together with the elaboration of the Wyckoff spring pattern have been discussed in the video. However, there was no follow through to the upside last week in S&P 500 subsequently.

Is this bullish reversal pattern or a bull trap in S&P 500? It is essential to analyze the price action together with the supply and demand as reflected in the volume in order to derive the directional bias of S&P 500. 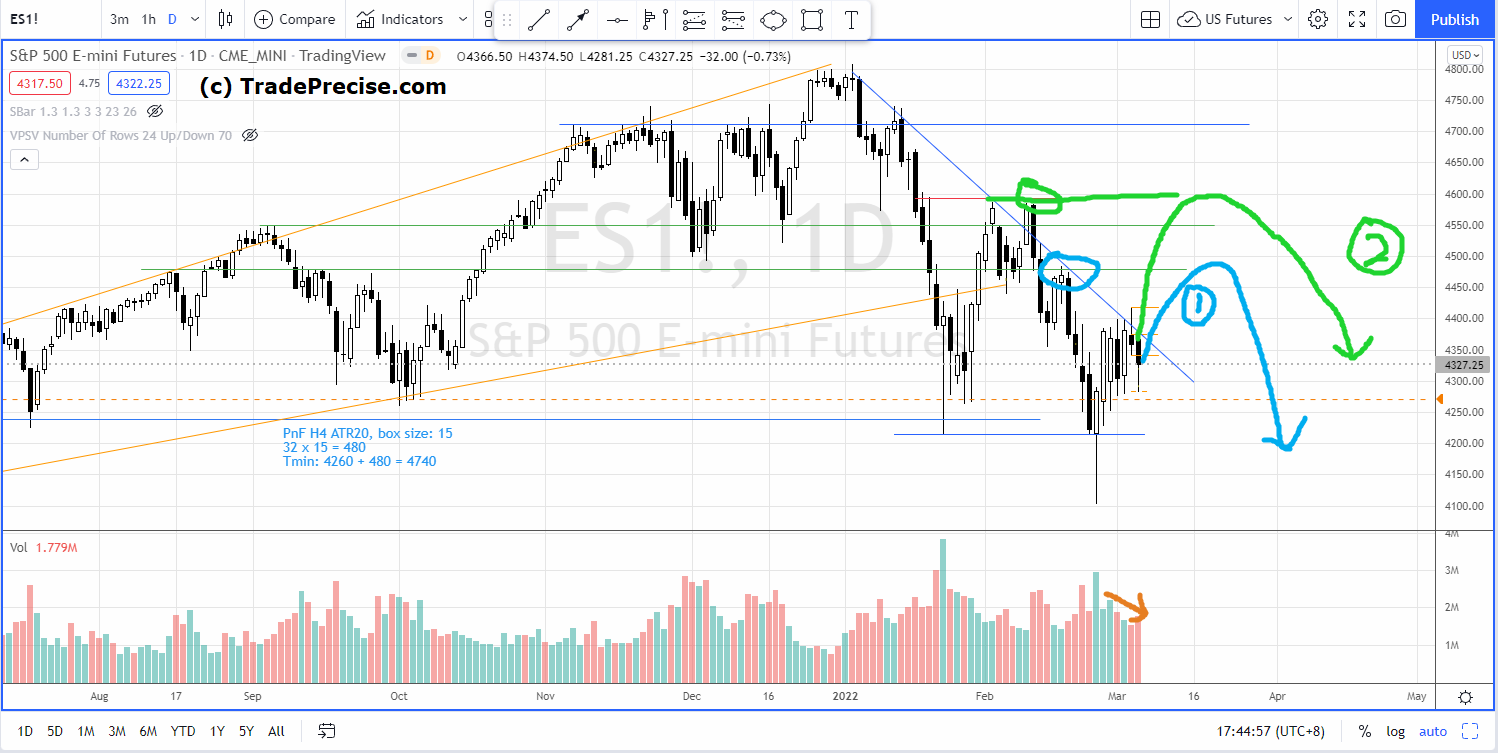 Although S&P 500 did not have any progress to the upside last week, it is still in a trading range between 4270-4400 with decreasing volume. The slight increase of volume on last Friday came with a lower tail, suggested presence of demand. Slightly higher low formed in S&P 500 in the past week was a constructive sign for a bullish scenario.

A breakout above 4400 is needed for the bullish Wyckoff spring reversal to remain valid. So far, the market has been indecisive with a bullish bias as mentioned above.

Should S&P 500 fail to rally up above 4400 followed by a break below the support level at 4270, the bullish case will be violated. Refer to the chart below for an illustration of the failure case. 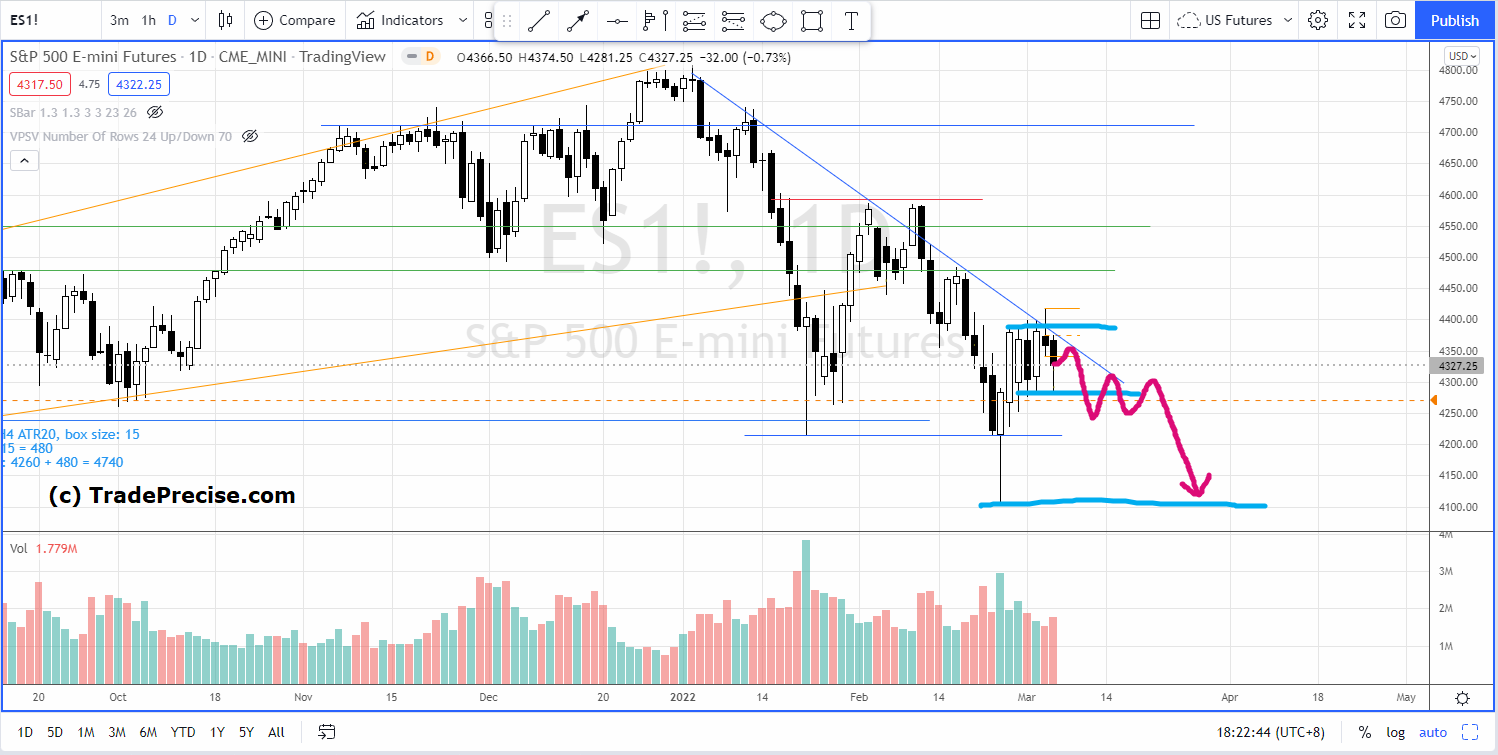 A commitment below 4270 with an inability to rally up could push S&P 500 to test the previous low near 4100 or even lower. Increasing of volume similar to the down swing from 10-24 February 2022 could be expected.

Bull Run in The Commodity Stocks

Despite the market volatility is driven by the war between Russia and Ukraine causing the wild move to both directions, there are certainly trading opportunities manifested, such as in the commodity market like Gold, crude oil, Copper, Aluminum, etc…Yet, it is essential to adopt proper position sizing technique that suit your risk profile to survive in this volatile market.

There are plenty of commodity stocks show up in my stock screener even during the bearish market sentiment, as shown below: 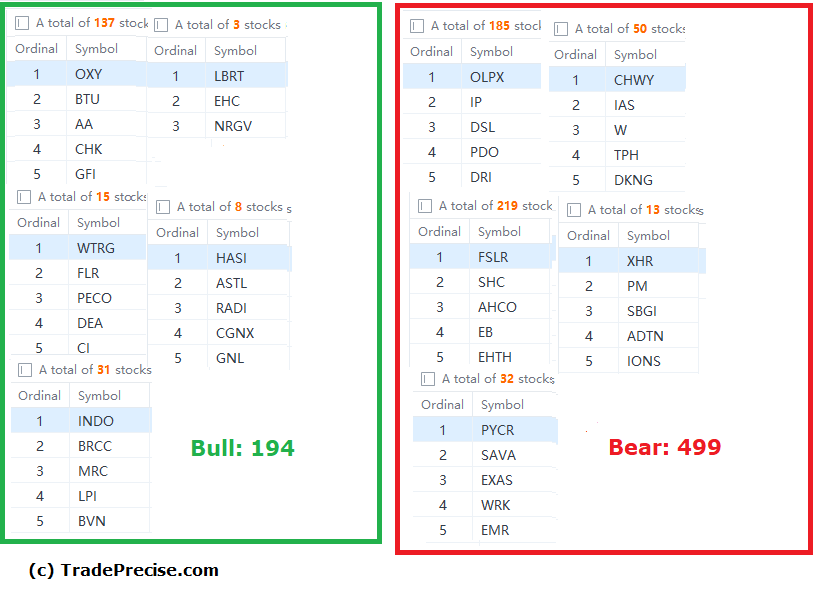 The on-going war between Russia and Ukraine serves as tailwind to the commodity stocks. The plan is to buy the commodity stocks in an accumulation structure and outperform the markets (which majority of them are) in order to gain an edge in the market. Visit TradePrecise.com to get more market insights in email for free.