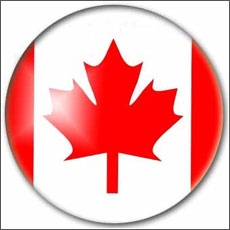 The Canadian dollar got a huge boost from the Bank of Canada interest-rate statement which was more hawkish than expected, with the central bank expecting growth to be better than previously anticipated and with slacker excess capacity in the economy for inflation to be firmer than expected.

We can see this in the annual pace of CPI which has risen over the last two months after declining in the latter part of 2011.

On the month inflation is expected be rather strong with a 0.5% headline reading following the 0.4% in February, but the core rate is expected to come in at a cooler 0.3% rate after climbing 0.4% in February. Those types of monthly readings are certainly enough to keep the Bank of Canada concerned about price pressures.

However, when we consider annual prices, tomorrow’s data may actually put the BOC a bit at ease. The forecast for annual inflation is for prices to cool to 2.1% from February 2 .6%, with the core CPI expected to fall to 1.9% following the 2.3% reading in February. While the headline inflation rate will continue to be above the 2% target of the central bank, it should be encouraged that the core rate will fall below it.

Therefore, if the actual figures hit expectations we could actually further ease some of the recent strength in the Canadian dollar as it will contradict some of the hawkish language in the BOC statement.

However, and this is the most interesting case, if inflation prices wind up coming in stronger-than-expected, well then the central bank will continue to strike a hawkish tone going forward and we can take on a more bullish bias for the CAD.

The USD/CAD continues to be trapped within its almost 3-month long range, unable to build on its move in favor the CAD earlier in the week as a result of the BOC statement.

The pair currently moves back to test its 200-ema in the 4H timeframe near 0.9960. Therefore, as we find ourselves in the middle of our current trading range the inflation data can give us a rather clear trade idea.

A better-than-expected report could see the pair retest its lows from earlier in the week (0.9880) while a disappointing release – one that shows annual inflation muted – could see the pair trying to retest the parity level if not 1.0030.