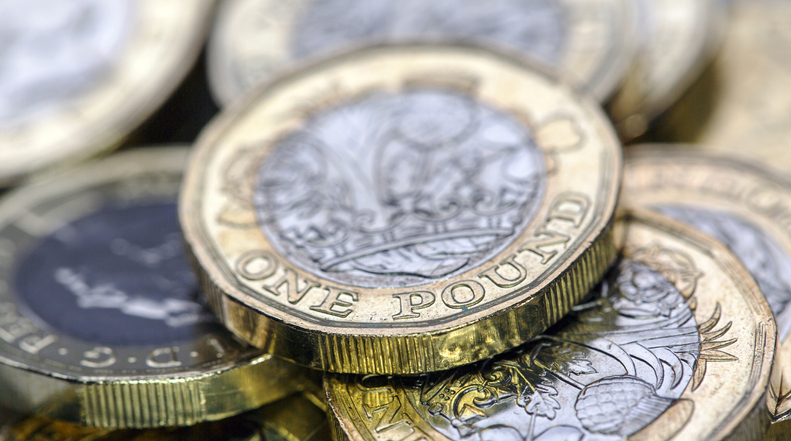 However, even though momentum still points northwards, Sterling’s gains may have arrived too much too soon. After flirting with overbought territory earlier this week, with its 14-day relative strength index about to hit the 70 level, the currency pair is now easing slightly. Going by that technical indicator, this currency pair is perhaps biding its time before emulating the 1.42 level. 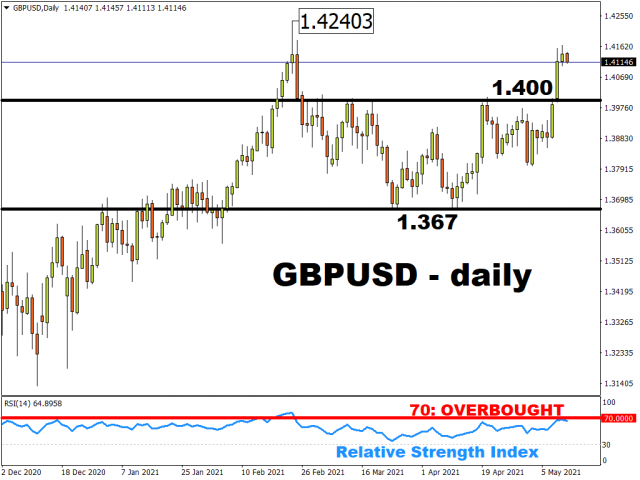 Looking on either side of the English Channel, EURGBP also appears stretched, with the currency pair closing below the lower bound of its Bollinger band over the past two days. As we have already witnessed on multiple occasions in recent months, a close below the lower bound is typically followed by a rebound for EURGBP. Should that happen once more, the currency pair could well test the 0.872 resistance level which has frustrated Euro bulls throughout April.

Keep in mind that the Bank of England announced last week that it will pare back its bond purchases by a billion pounds to 3.4 billion pounds per week (though not amounting to “tapering”, as per the central bank’s assertions). Recall also that the BoE sounded particularly upbeat after its policy meeting, upgrading its 2021 growth forecast to 7.25% GDP, with officials expecting UK consumers to spend twice as much of their pent-up savings.

All that had served as a tailwind for GBP, helping it advance against all of its G10 peers so far this month. 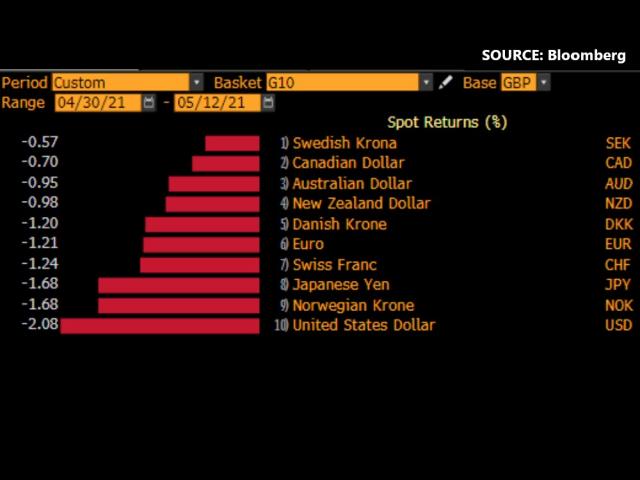 The Pound is also the best-performing G10 currency against the US dollar on a month-to-date basis.

From a fundamental perspective, the Pound is about face several key events that could influence its performance over the near-term:

“It remains to be seen whether BoE Governor Bailey would offer any fresh clues about the central bank’s policy outlook, following his comments already made last week.”

Bigger event lies across the pond

Still, arguably the most important piece of economic data for global markets today is the US consumer price index for April. Markets are likely to pay less attention to the year-on-year figure, which is forecasted to post a 3.6% year-on-year increase, and instead focus more on the month-on-month comparisons (0.2% for headline CPI; 0.3% for core CPI).

Already it’s the angst surrounding the US inflation outlook that has roiled the markets. The Dow fell 1.36% on Tuesday to post its worst day since late February. US tech stocks have been whipsawed, commodities have surged to fresh record levels, and Treasury breakevens have advanced to multi-year highs.

“As the debate rages on and the US inflation outlook dominates market chatter, broad asset classes might just have to endure more volatility over the immediate term.”